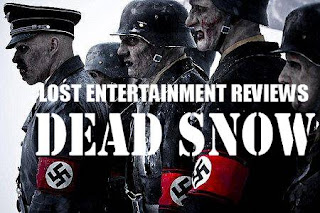 Imagine if they made a cabin horror movie that was like Evil Dead and Inglorious Basterds put together... well in Norway they have!! A country famed for its hostile weather, Vikings, Mountains and crazy black Metal bands that kill people and burn churches Norway is a pretty cool place in my book. 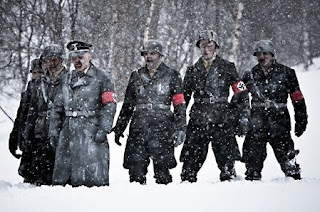 The movie starts out as many of the genre do with teens on their way to a secluded log cabin (this time in the snowy mountains) for a weekend trip away. When they arrive they encounter a wierd old man who comes into the cabin who doesent like their coffee and smokes roll ups who tells them the tale of the evil curse and the nazis that were never found again in the mountains. At this point the movie is pretty much Friday the 13th with different use of words. Anyway its not long before the kids find a box of treasure in the cabin and decide to steal it and a horde of undead Nazis decide to turn up and not very pleased at all! The rest of the movie is just the characters trying to survive against the horde of the 3rd Reich's undead. The movie has buckets of gore and the zombies themselves have awesome make up, costumes and special effects. The zombies are very strong, can run, use objects such as knives to kill their victims and they eat the bodies. 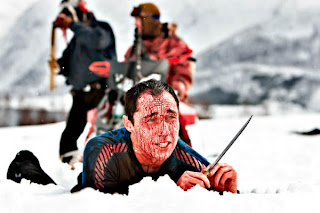 There is a really cool general Zombie who looks awesome and leads the pack of the undead towards the victims! The victims fight back using snow mobiles that have gattling guns attached to the front, axes, chainsaws, shotguns and the usual aresnal of weapons that you would see in a zombie flick. There are lots of funny bits in this movie in the tongue in cheek style of Peter Jacksons Braindead and Sam Ramis Evil Dead and the film doesent take it self too seriously which is a good thing. If you like zombies and you like Nazis (not in a racist wierd way but just think they make decent bad guys in movies like I do! like the ones in Indiana Jones and Ingloriuos Basterds) then please check out this movie. Please remember to get the dubbed English version unless you want to sit through sub titles 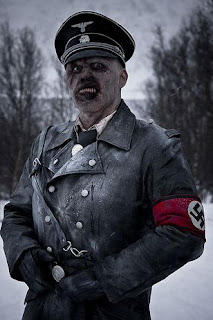