By Kristian Rodriguez
A few years ago I painted a picture of one of my all time favorite WWF superstars The Ultimate Warrior which I sold in 2007. This week I discovered on a wrestling news website (namely www.nodq.com) that the Warrior had launched a facebook account and was looking for fan art. I posted a photo of my artwork to him and he responded 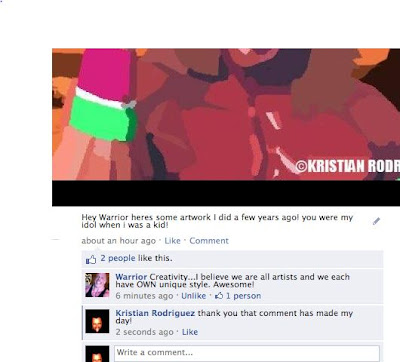 The response that made my day
When I painted the picture I never in a million years thought that the Warrior would ever see it or comment on it. I know that this was all over a social networking site but still a childhood hero of mine saw my art work and  said it was "awesome". Really made my week heres the original picture! Its called parts unknown and has been added to the Ultimate Warriors fan art gallery. 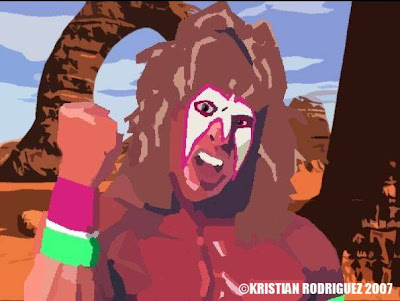