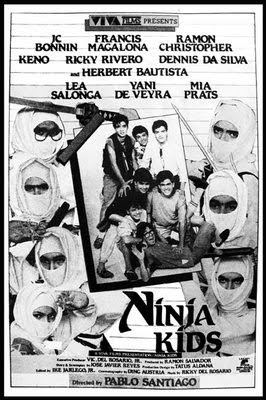 When I was a kid there was this smelly post office/off license/news agents/video store/really cool but smelly shop near by my house. It was the kinda place that sold really weird shit from bootleg He-Man toys to bottles of bleach and shitty bootleg movies as well.

Growing up I was a massive Bruce Lee fan and one of the saddest moments was when someone told me he was dead and those 4 and a half movies of real footage are all your gonna get. I was kinda pissed off about the whole thing and refused to believe it.. well this little store and some other useless tosser sure had a right laugh at my expense by releasing shit loads of Bruce Lee Lives, the Real Bruce Lee, Game of Death 2 and Bruce Lee fights back from the grave. All the movies had someone dressed like Bruce lee and even had the cheek to steal footage from other films just to cover their back that Bruce was in the picture. I bought countless copies of these shit films but one day I had enough I delved further into the "these videos are only 99p!!!" box and found a true gem 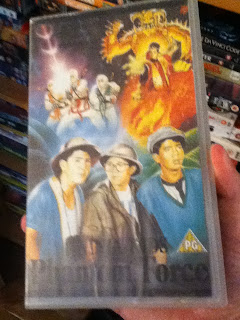 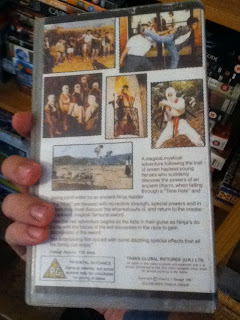 Ok so gambling on £1.99 from the shit bin of Sushils Convenience store wasn't much to lose and this time I had gambled and fucking won!

The movie is about a load of kids from the Philippines who just wanna ride their BMX bikes, perv over chicks and fight with gay basketball players in the vests and shorts. However one day while spying on the chicks (whilst attending some religious cult summer camp thing) they end up cross dressing and falling down a hole in the woods.

At the bottom of the hole is a ninja master who trains them up to be... well ninjas so they can get his sword back.

So once trained up they must go find this big vase in a cave get chased by a really gay giant caveman and once back they can receive their awesome ying yang medallions. These are awesome once you do the diamond cutter symbol in front of them you blast into ninja mode and if you thought the last song was immense you aint seen shit yet. While on the way home from the forest some naked savages try and fuck their shit up so there's only one thing they can do....MAKE A STAND.

After this the ninjas take out some burglars, have a massive brawl in the local burger bar and then go for the main prize a magical sword being held by some evil bitch called lotus and her ninjas. There are other clips but I don't wanna spoil the whole thing but this movie is extremely rare and hard to find so if you wanna see the end fight click below otherwise try hunting it down. All in all its a great movie its a movie of two half's one being the age old story of growing up, scoring and friendship. The other being ninjas, cavemen, cool swords and fighting. So the best way to put it is DANGER LOVE AND MAKE A STAND.