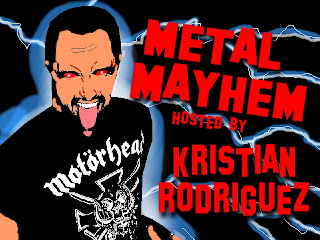 The time to bring out my new show is drawing closer. Maybe my decision to go my own way hasnt been a popular one with certain people but in all fairness I dont give a fuck. I do my shows for my own enjoyment and no one elses. After reading things online and from comments made to me from people who listened to the show I decided to take a step in a different direction. I enjoyed doing the whole "shock jock" thing with Squid and it was a lot of fun.

However I got fed up of the stigma of being on "that show" the one full of the non sensical vile humor and depravity. Dont get me wrong it was our intention to originally to do that as we were new to the whole internet radio thing and it was our little way of getting over so to speak.

I felt towards the end that when you do a show like that and go down that road that you over compensate for something and that being not very good at what you do.

After a year of running/editing/co hosting/writing and doing most of the work for the show I really feel proud with the level of detail and effort I put into my work and I take pride in that. I now feel I am at the level to take things a step further and go my own way and do a project that I can be proud of and showcase myself and my abilities in the hope that one day I can go somewhere with this as I know I have the talent, the know how,the work ethic and the ability to do so.

Im not saying I'm not proud of the show me and Squid done because I am! I feel that it was a valiant first effort  from 2 mates that had nothing but a mic, a record collection and the internet. But towards the end after we broke more taboos than Howard Stern within a few months we started running out of ideas and the show then turned into somewhat of a circus.

Now I feel that the clown party is over and its time for me to do what I originally set out to do which is host something really cool that people can download on their ipods plug in to their car stereos on the way to work and listen to instead of xfm and all that other pussy bullshit that radios feed in our hears on a daily basis. Or something people play in the background while they mess around on the net, or while they are doing their cleaning, in the background at a party or whatever they want.

That episode for me was kinda the beginning of the end and I will tell you why. I had prepared the evenings show and Squid had been away with his pals all week and I was receiving phone calls and texts from people telling me Squid has got this explosive story but I am not allowed to know until we are on air. I was expecting some kind of tom foolery or some stupid embarrassing story (as I've known the bloke the best part of ten years and have been present for most of them) but I wasnt expecting that. If I had have pre warning it would never have made the show. Dont get me wrong I still think its fucking hilarious and the woman basically tried mugging him so he got his own back. But it was a story that should have been shared in private not on the air for the whole world to listen to and it kinda put both our heads on the chopping block and there was a big divide in who was offended and who wasnt.

When Squid nobbed the fat bird and we played the recording that was one of the funniest things ever we had broke the walls down and no matter who you were you could laugh at that but the next incident was something which gave people ammo to take shots at us. The whole thing got taken out of context and the Chinese whispers went round like wildfire and as people never had the balls to say shit to Squids face a lot of it came my way. I would go out and would be arguing with people who are calling him a rapist, calling us freaks and it even got to the point where my own mother came home from work one evening and asked me if Squid had raped a hooker as someone heard the show at her work place. Squids like a part of my family and now a barrier had been crossed where this thing has now made its way into my home. I denied all knowledge and said it was fiction for entertainment purposes and it was never mentioned again.

We had someone write on the guestbook of lost entertainment under a false name abusing us and although we had a massive backlash from our fans and friends who supported us and stood up for us (by the way that meant a lot to me so thank you) it still was a big headache for me and it was something which we could have done without. At the time I was trying to get an article in our local newspaper about the show in order for us to get more local bands, people involved and plus get some publicity but with this recent shit storm going on I declined as I didnt want even more backlash brought upon us.

I decided after that I wanted to make the next show Episode XX our last. I organized a photo shoot for me and Squid at the old abandoned radio station in North Weald (which is oddly enough just behind where we broadcast the show), got some band demos, plugged some promotions and brought Liam on board in the hope that he would replace me as the host. I wanted to quit and never do another show again not even my own.  When it came to telling Squid I didnt have the balls to do it because I thought it would hurt him too much and he wouldnt understand.

I done the 20th episode and to my surprise... the ratings went up for the first time in six months. I felt happy again we had made it through the shit storm and came out the other side. The feeling didnt last long as the ratings dropped yet again and everything went back to being crap with the show just plodding along scraping the barrel for laughs and content.

I decided to quit again but this time after some positive thinking and time away I decided that although I'm going to quit the show I am not going to give up broadcasting and I am going to do my own show Metal Mayhem. A show which doesent need gimmicks and depravity to get over, A show which just plays fist in your face music with hardly any talk or goofy segments filled with drunk blokes talking bollocks. I've been there and done that and yeah it is great fun but I want to do something where I can be taken more seriously instead of being some shock jock clown.

I wrote a resignation, talked to Squid in person, even offered him his own show with Liam which I will upload and edit for him and even promote on my website for him. I hope he accepts the offer as I feel he does deserve a place doing a show and he does have his own fans out there and I dont want to be the guy who gets blamed for taking him off the airwaves because thats not what I want.

The main reason I have wrote this is just to tell it how it is as I know theres talk going round that I have tried pulling one over on Squid by going off and doing my own show and pulling the plug and thats not true! I just left that particular show to do my own thing, I found a replacement and have offered to bend over backwards to help them in any way I can to help them keep that show going and thats all I can do and thats all I am going to do.

Anyone who has an issue with it can fuck off or say it to my face and I will tell you to fuck off its simple! anyway my new show starts next month be sure to tune in and download! 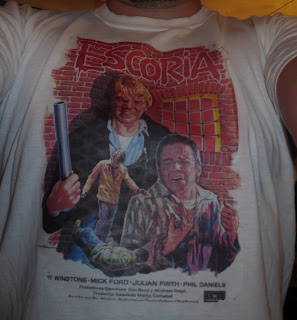 I started making my own T Shirts of classic movies and my own custom bootleg band shirts (not for profit just for a hobby) and its going well so far. After 2 attempts which didnt come off well I managed to nail it the third time with this T Shirt which pays homage to the Alan Clarke brutal borstal classic entitled SCUM.

It was announced that the trailer for the new Grand Theft Auto will be released next week. Here is the new logo. I will put the trailer up along with my thoughts next week! 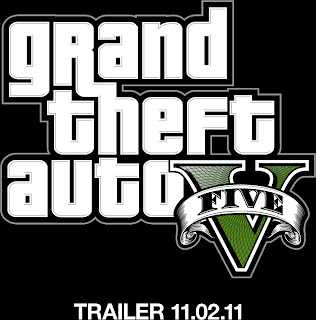 PHOTOS: SELF LOATHING AT THE UNICORN CAMDEN

My friends band they are pretty sick should be playing at the last ever show at the Walthemstow Standard. check em out 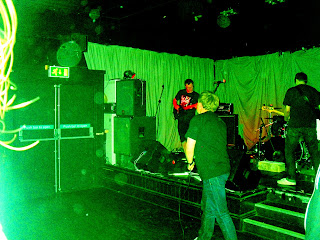 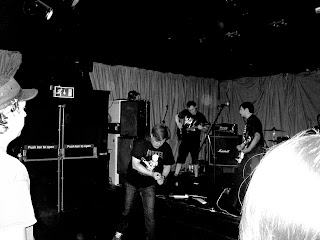 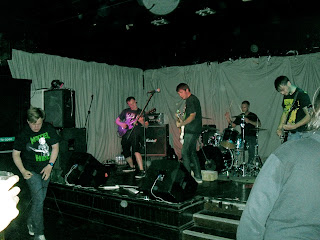 Email ThisBlogThis!Share to TwitterShare to FacebookShare to Pinterest
Tags self loathing, uk hardcore

With Christmas coming up I started looking round for things I want that are far more interesting than socks, pants and other shit that people have started buying me that I never wanted. I feel since I stopped playing with toys and become an adult Christmas has become a bit of an anti climax and the only way to power through it is with lots of booze. Or by asking for stuff that I actually want that reminds me of my childhood (a time when I was happy and a lot less bitter about the entire world in general) and nothing reminds of that time more than the Ghostbusters. Truth be told the second movie is my favorite as a kid and still is now. I could go into detail why I love it so much but I really cant be bothered to. Anyway some toy company has made one of these and even though I am off loading lots of my old junk at the moment I still really want this.. so Santa if your reading; Your a fat beardy cunt for not getting me that turtles sewer in 1991 but all will be forgotten if you get this for me instead. Regards Kristian