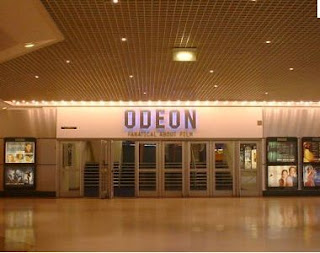 Back in the day before going to see many shit films in the old cinema in Romfords Liberty 2 shopping center this little video package used to play before hand.

Its something I suddenly felt nostalgic about this afternoon and looked back to those awesome summer days in the 1990's where my only worries where defeating the green reptile on mortal kombat and dreading the one day I grow up into an adult! I saw some really amazing movies here but most of the time I saw shit films during this time and if you dont believe me check these out.

Getting even with dad

Getting Even With Dad | Howard Deutch | Ted Danson | Macaulay Culkin | Movie Trailer | Review
Ted Danson and Mccaulay Culkin star in this shit family comedy which is kind of like a mix between Home Alone and Problem child. It sucked dick and was a waste of a saturday.

this film is really shit and about hulk hogans babysitting carer. I will review this in more detail at some point because its so bad that I enjoy it!

I went to see this in the summer of 1993 or something. Its really shit and has a fake ass mr miyagi. I think I enjoyed it at the time but I tried watching it again recently and thought it was about as fun as having a coat hanger down the japs eye!

I got taken to the cinema by my older annoying sister to see the turtles 3 movie and instead got swerved into seeing this as. Bitch! this movie sucks cock! tom hanks ends up linking meg ryan THE END! just like youve got mail but without the internet!

One of the best things ever! Went to see this at Christmas 1992 I got Sega a game gear that christmas as well so that was a good day at the office!

This movie gets a bad hype but at the time everyone enjoyed it. I went to see it twice in the summer of 1995. It was a time when Jim Carrey was still making funny movies before he went all shit!

Me and my buddies went to watch this after being suckered into thinking our lives wasnt complete without seeing star wars on the big screen with the new shitty cgi crap. We ended up going home feeling no different from when we came in there. Confusing times

I was lucky enough to see this in the cinema at the age of seven in 1991 as I had an adult with me and back then things we're more chilled. I went to the first showing it was awesome. Everyone was expecting Arnie to be the bad guy and set things up the same as the first movie but I will never forget the moment when utters the line "get down" at john connor and blasts the T 1000 every one lost their shit and cheered. Awesome times!
Posted by Kris Rodriguez