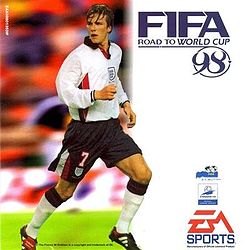 Being the self confessed biggest retro gamer on the planet I was overjoyed today when my copy of Fifa Road to World Cup 98 arrived in the mail. Fifa 98 in my opinion was the greatest Fifa game of all time. I am not knocking the other Fifa games as the ones nowadays are nothing short of superb with the amount of realism and amazing gameplay they provide.

I must say I rate this one mainly for nostalgia reasons and the fact playing this game for the first time in late 1997 was a memory I will never forget. The Fifa franchise up until this point was a pretty lazy effort from Electronic Arts as all the games where identical except for the fact each season they changed players around and moved stats about. When Fifa 96 arrived on the Playstion the game had a new appeal as commentary and 3d graphics were introduced but the staleness and soullessness was still evident.

Then in late 1997 gamers that bought Fifa 98 were greeted with this... something which still gives me goosebumps to this day.

With which was probably the greatest intro to a video game ever Blur will have a lifetime spot on my ipod but not because I like Blur but because of a football game from 1997... the best football game ever I might add. 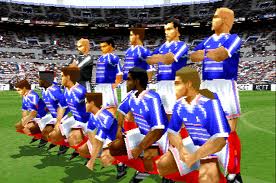 The graphics were a huge improvement from the previous years effort in a big way. Although the franchise had not been given the green light for a sponsor to be shown the kits still looked class. There where lots of real life arenas placed in the game from all over the world and as well as the improved five aside arena. 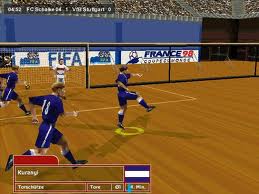 The five aside mode was one of my favorite to play as the game was played at a much faster pace in a smaller arena in which anything could happen. You can use the walls to do a amazing rebound passes or even shots and scoring from your end of the pitch was an easy feat to achieve. 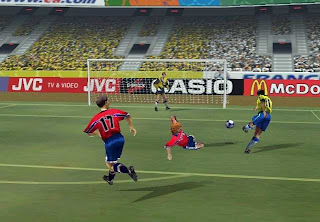 The tournament feature was removed from this game as France 98 was a sequel to this game some 6 months later which was in all fairness a rip off as it only had one game mode. You could customize your teams players, kit, player looks and even change stats and move players about. This feature was great as you could keep the game up to date manually meaning that you dont have to purchase Fifa 99. One of my mates kept his Fifa 98 up to date with the real world of Football up until 2002. Fifa 98 will always be up there as one of my favorite Playstation games ever! I picked up my copy this week for £2 on ebay. Live to win!
Posted by Kris Rodriguez