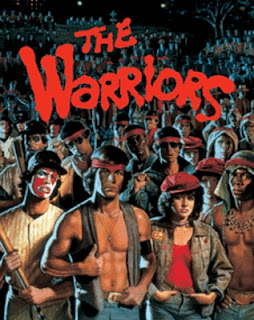 Along with the original Dawn Of the Dead the Warriors is a close second to being my most favorite film of all time. Based on the book by Sol Yurick the Warriors is a tale of brotherhood, strength in the face adversity and kick ass violence told by the most colorful cast of characters that may have ever graced the silver screen.

However during his big speech a member of the audience shoots Cyrus and the Warriors get the blame and now they must journey back home to Coney Island with every gang in the city baying for their blood.

The movie is a roller coaster ride from start to finish with constant scenes of chases, gang battles and some of the most quotable dialogue you will ever hear. The movie was shot on location in the subways, back alleys and dodgy parks of the big apple which really give it the gritty feel which the movie wants to portray. 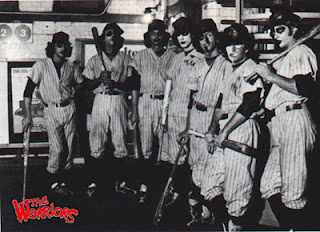 The gang costumes are nothing short of pure genius. From the face painted baseball bat wielding Furies to the dungarees  sporting punks who's leader wears roller skates (just for good measure) and even the Warriors colors are a pure winning effort on the part of the wardrobe team. 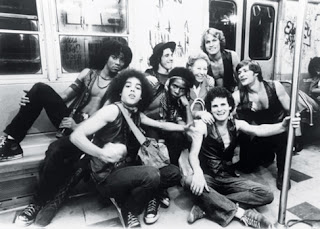 The movies main score is a really cool set of electric beats along with some late 70s rock including tracks like Nowhere to Run and Joe Walshes in the City which is played by a female radio DJ who is also out for the Warriors blood.

The Warriors is a movie that anyone can understand and it appeals to anyone. I first saw this movie when I was seven and now 20 years n it is till one of my all time favorite movies. The movie is just pure magic from start to finish and anyone who doesn't like it can fuck off and die! 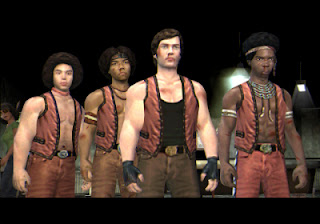 In 2005 Rockstar games released a beat em up video game of the Warriors on Xbox and Playstation 2 and the game was a big hit and also an artistic success. The game also brought a lot more depth to the story line of the movie and even put a prequel story line in there as well as a Streets of Rage style beat em up as an unlockable.  So great movie, great game and if you have never experianced the Warriors I really urge you to do so and as soon as possible!!!
Posted by Kris Rodriguez