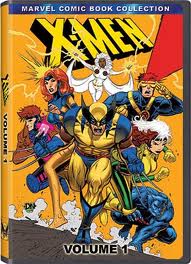 When the X-Men started getting shown on Saturday mornings it was a big deal.. well to me and I am sure a lot of other kids as well at the time.

It was the biggest effort ever put into a kids cartoon show at the time and it was fucking epic. So epic in fact that I have recently started watching it again and I am hooked.

I remember when I first ever saw the first episode The Night of The Sentinels  I was absolutely blown away. The whole thing was so cool and at the time the only super heroes I and most kids knew of were Batman, The Hulk, Superman and Spider Man so when this new breed of ultra cool characters which appealed to both girls and boys came along it was a great time to be a kid.

The story lines loosely follow the Marvel Comics actual story but simplify it a lot more which is cool because it means more action. From Charles Xaviers struggle for understanding between humans and mutants, Magnetos plans of domination, Sabretooth and Wolverines grudge matches to the age of Apocolypse its all covered. 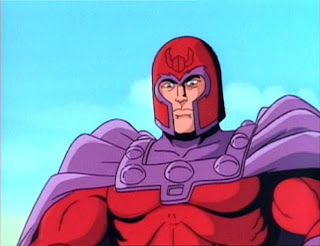 How the characters transition from the pages of Marvel Comics to animated characters is a spot on effort and with well acted voice talents the X-Men were brought to life in a spectacular fashion. 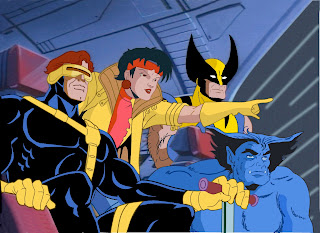 Everything including backgrounds and other little bits and pieces were done in great detail leaving no corners cut when it came to making this great show. If your a parent/uncle/aunt than this would make a great dvd gift for any kids in the family as it appeals to everyone. Or even if you are a big kid like me than I really suggest you get the dvd of this show!
Posted by Kris Rodriguez