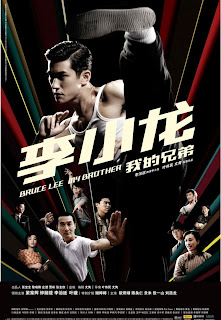 I class myself as a Bruce Lee megafan. After first viewing Enter The Dragon in 1991 my life was forever changed after that day as I had found a new hero to look up to and that man was the late Bruce Lee. I loved (and still love) Bruce Lee because he was the baddest dude on the planet but used his powers and skills for the benefit of others. Bruce Lee is pretty much the all around archetype that any man or young boy aspires to be.

When I first heard a few years back they were making a new movie of Bruce's life I was excited but at the same time worried that it might go wrong. When I was 9 I went to see Dragon: The Bruce Lee Story at the cinema and it was one of the coolest things I have ever seen. I still get goosebumps when I watch it to this day, even though it was very cliche and the demon sequences are quite baffling.

I never heard anything again about the new Bruce Lee movie and just presumed the project had been scrapped like most of the bullshit you read in movie magazines and rumor websites. Last night while having a flick through the world cinema section (yes I do watch other movies that do not include explosions and zombies) I found the movie. The reason I never heard about it was because the movie never made it to UK cinemas. The movie is Chinese and I really don't mind subtitles as long as it's a good movie and this one turned out to be a cracker. 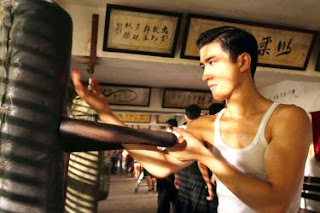 The movie is about Bruce's life growing up in Hong Kong before he left for America to become one of the most iconic people of all time. The movie is based on the book by his younger brother Robert titled "Bruce Lee: My Brother" which is something that is on my "to read" list along with like 15 other books. The movie gives us a bigger insight to Bruce Lee the human being instead of Bruce Lee the legend.

If you are expecting tons of fight scenes and action this may not be the movie for you. This movie is about Bruce's family life and what it was like growing up in post war Hong Kong. Bruce's father was a very famous stage actor and Bruce himself was a very famous child actor in many movies. I am sure you can find these movies on youtube but as I have them already on vhs I have never looked.

The movie also tells the story of Bruce's friendships with the people he loved and how far he would go to look out for the ones he loved. The movie does have a few fight scenes and does tell the story of Bruce's path to becoming a martial artist, but this film tilts more to the drama route than the action route. You can look at this one as prequel to Dragon The Bruce Lee Story if you fancy watching both on the same day.

The movie is well acted with great conviction, there are moments of sadness, excitement, laughter, and joy throughout the whole movie. The movie is shot beautifully and everything contrasts really well.

So my final word to you is go buy/stream/rent this movie, even if you are not a Bruce Lee fan it is still a great film. If you are a fan of Bruce then this is a must see!