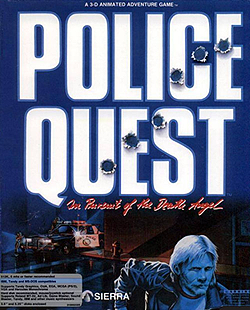 25 or so years before LA Noire was released there was another cop game set in California. The game was Police Quest and it was created by Sierra who were the top dogs when it came to making role playing adventure games.

Sierra had released many successful adventure game titles such as Leisure Suit Larry, Space Quest, Kings Quest and Police Quest. All the games spawned many sequels and still hold cult status to this day.

Police Quest was a type and text adventure in which you took the role of police officer Sonny Bonds and controlled his every move and decision. The thing that separated  Police Quest from other cop games was the fact that you had to follow police procedure and you had to do it by the book.

From charging people, reading out miranda rights, giving people speeding tickets and even attending briefings (and even court) it was all in there. The game was written by an ex police officer who wanted to add as much realism as possible with adding correct procedure. Most cop games were mindless shooters, where this game its a whole different story. Shooting an unarmed criminal in this game will immediately result in you losing your badge and game over.

The original game was made in 1987 with poor graphics and being a type and text adventure it was somewhat of a chore to get through the whole thing. The game was still a hit at the time and in 1991 Sierra remade the game (along with several other titles) and pimped it up as much as they could by redoing the graphics and adding sound blaster. 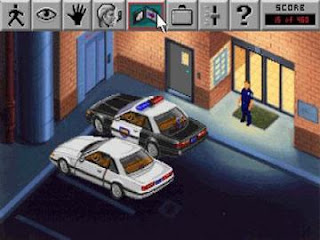 As you can tell it is a major improvement and also the game becomes a point and click adventure instead of having to type every command and action. 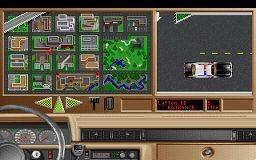 Although Sierra re-released the game with many improvements they also left a lot of the shit stuff which at times can really annoy you to the point of quitting the game. When in the patrol car you have no idea where any of the locations are on the map and the car is really terrible to control. 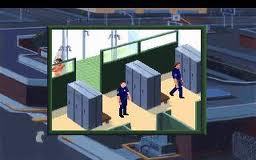 Another thing about this game (and in fact all Sierra adventure games from back then) is that life is very fragile and you can get game over from pretty much everything unless you read the walkthrough. You will have to save constantly as one tiny error can just end it all or just leave with a dead end rendering the game unwinnable. From walking out from the locker room in your towel or clicking the hand icon on a whore these are just two of about 400000 ways you can die in this game. However if played correctly and you get to finish the game then it is a good game and it does have a good story line.

Police Quest spawned 4 sequels and was eventually replaced with the SWAT games.
Posted by Kris Rodriguez