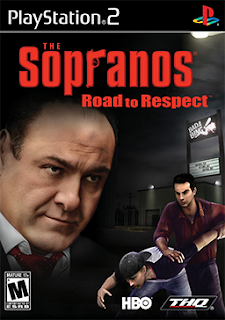 I like to go to second hand stores and buy old video games for next to nothing. Being someone who owns almost every console ever made its always a win win situation picking up decent games for a cheap price. I recently picked up The Sopranos Road to Respect on Playstation 2 for like £2 or something in that price range.

Being a huge fan of the Sopranos TV show and crime based video games in general I thought I would give it a go and see how it would pan out. The games story line is set in-between seasons 5 and 6 of the TV show and tells the story of Big Pussy's son Joey moving his way up in the ranks of the family.

For a video game story line it is quite well told and keeps you interested the whole way through. The entire story (and game) is not very long and I did manage to play through it in a matter of hours. I don't see that as a bad thing though as some of my favorite games of all time like Resident Evil and Metal Gear Solid can be done in the same amount of time if you know what your doing.

The gameplay of this game is quite surprising and goes down the route of a button bashing beat em up instead of the GTA route like The Godfather did. In fact shooting people will only end up making you lose the game. I only had to use my gun like 3 times through the entire game. 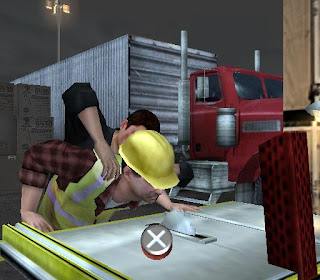 The game controls are very poor and if you find your self surrounded by two or more enemies you have no choice but to button bash for dear life, as they just hammer you to the point where you cant even move. There are certain hotspots where you can grapple enemies into torture situations but getting the enemies into the designated area becomes a long drawn out affair. In THQ's video game of the Punisher this was much easier to do and the objects of interaction had much more imagination. In this game however there will be a circular saw in a room for no reason and other unrelated props just slotted in for lack of creativity.

The shooting and aiming on this game is very poor, as it takes about 6 shots to finally down an enemy, and the shot gun has no aim what soever and you kinda just have to point you character in which way you want the bullets to go. Also during hand to hand combat mode there is no way of locking on to enemies and you will find your self constantly missing punches and melee attacks 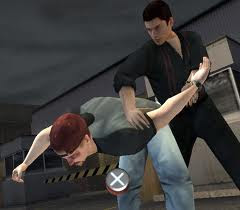 The visuals on the game are great and are the best that PS2 can deliver. The cast of the Sopranos are brought to life with great visuals and the locations are top notch. Its cool to have a look around the Budda Bing and the other locations from the show as there has been a great level of detail included and you really do feel like you are part of the show. The game has got great blood and guts effects and when fighting faces get bruised and all kinds of messed up. The games soundtrack is also top notch with superb voice acting by the real cast of the show and a brilliant music soundtrack from many popular artists at the time. The game has some great humor as well and playing through certain parts really made me chuckle. The game has some extra features like videos, concept art and a fun poker feature where you can play against the boys in Tonys office. 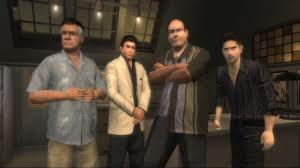