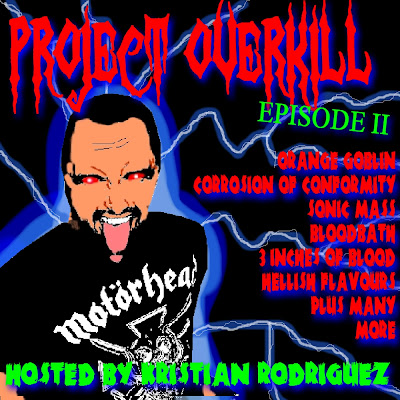 So five months ago on the debut episode for Project Overkill and announced on the show that I would no longer be hosting any shows after that episode. Five months later I am back with the sequel and stronger than ever. At the time of my last show I was going various problems in my personal life and with running this website as well as my own business it was all getting a bit much. Plus the fact my departure from my previous show with Squid did not go as smoothly as I would have wished. Lost Entertainment nor my radio shows have ever been the place to moan and complain about things and never will.

So after five months of kicking some serious ass in the life department I am back and stronger than ever. I want to take this opportunity to thank everyone that believed in me and helped me return to the airwaves. Also to all the bands that reach out to me and do the amazing stuff you do.

The next episode will air in July hope you enjoy this one as much as I enjoyed playing it.

There will be a another podcast from me and Jack Hennessey at some point soon and hopefully a classic rock show with Steve Scanlon in the summer.