SUMMER: THE DEMISE OF SUNNY DELIGHT 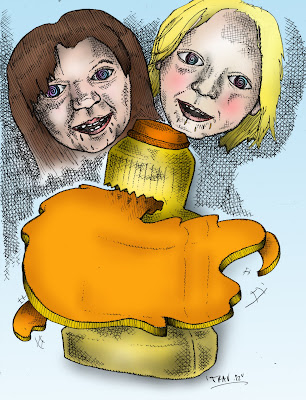 So today I write this one sat in the boiling hot sun on my laptop. The weather is so hot that the keys of my keyboard burn my fingertips every time I touch them. So today I really fancied some Sunny Delight but could not find any anywhere in the shops. It then dawned on me that I haven't seen or heard from this product in a long time. Heres one of the ads to jog your memory.

Back in the 90's Sunny Delight was one of the highest marketed beverages around and was a close third to Pepsi and Coca Cola. I along with Alan Partridge loved the stuff and so did millions of others.

After doing some research about Sunny Delight I found out some hilarious stuff which was fresh news to me. After having many years of successful trading the company got into a spot of bother with a lawsuit. When broken down it turned out Sunny D only contained about 5% fruit juice and rest was just corn syrup and a load of other stuff which tastes nice but in the long run isn't good for you whatsoever.

Some Welsh kid who downed ridiculous quantities of the drink on a daily basis ended up turning orange. The parents decided to sue and from there it went from bad to worse. If this incident would have happened in Essex I  am sure the product would have been praised instead of shunned upon. If you are not familiar with Essex it is a small county just outside of London where breast implants are encouraged at the age of nine and everyones main goal in life is to be more orange than Hulk Hogans right testicle.

Now in these situations I am always on the side of the defendant instead of the prosecutor. People that sue cigarette companies because they got cancer and Coca Cola because it made their teeth fall out really annoy me. Its like suing playboy because one of their magazines gave a 14 year old kid a boner. Any type of product used in excess will always be a bad idea. It's like drinking five pints of milk or even orange juice it self will make you sick or rather unwell.

Sunny Delight didn't bounce back from this and more and more of these orange children were emerging from everywhere. There is no photographic evidence of this phenomenon but this isn't an urban legend this is fact (according to Wikipedia) that these cases did exist. 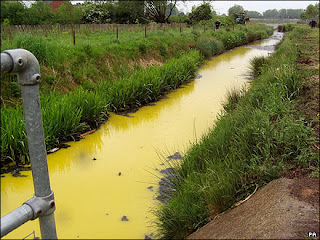 Shit got even worse when thousands of gallons of the beverage leaked into a river in Somerset turning it orange. Sunny Delight did make a comeback and is still available but it will never bounce back to its former glory. I hope you have a good weekend and enjoy this glorious weather. I'm off now to drink a few gallons of Panda Pops to see if I turn into a giant Panda or maybe a goth so I can sue some people.