TELEVISION: A VISIT TO THE BIG BREAKFAST HOUSE 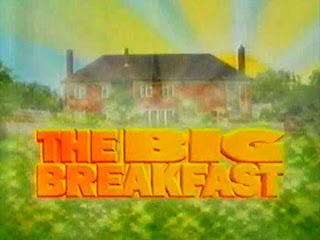 Back in 1992 Planet 24 (co owned by the miserable Bob Geldof) released a revolutionary morning show on Channel 4 called the Big Breakfast. Morning TV shows in the UK up until this point were miserable and depressing to the point that if a host smiled Hell might have just frozen over. The Big Breakfast was the ultimate alternative as it was light hearted, fun and very comical at times. The show ran from 1992 to 2002 and had many different hosts over the years but the most popular and prominent were Chris Evans and Gabby Roslin and Johnny Vaughan and Denise Van Outen.

If your memory is not as great as mine here is a quick video to remind you of the greatest UK breakfast show of all time.


I was always a big fan of the show and it made waking up that little bit better. I am a person who despises waking up even more than I despise anything else and that includes Rocky V and I really fucking hate that movie! The show had the wit, content and creativity which all the other Uk breakfast shows have always and will always be void of.

I really miss this program and think they should bring it back. If you feel the same way maybe we could all club together and start some sort of campaign or something?

The show was filmed at the keepers cottage at Old Ford Lock in east London. I was recently in the area so I had a quick nose to see what the house looks like now. 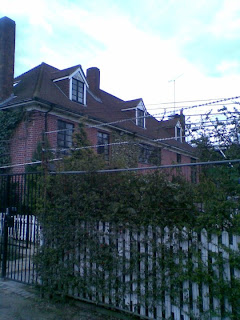 This is what the house looks like today. The amount of razor wire may indicate that the house is now owned by a paranoid drug lord or it is there to stop weirdos like me from snooping around. There were cars parked outside so I assume that the house does have occupants. I noticed the brickwork on the wall looks like it has been painted on but I couldn't get close enough to confirm. Getting shredded to fuck by razor wire and arrested for trespassing just to find out the texture of the brickwork is enough to get anyone sectioned under the mental health act. 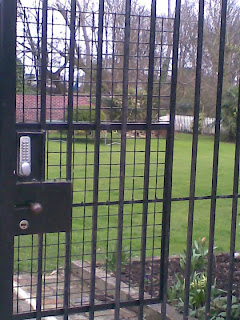 This is the front garden as shown in the beginning credits of the show, The grass was definitely real. Although the security may look harsh you must take into consideration that the house is located in the heart of east London. This is the place famed for its knifed up Victorian prostitutes, twin pikeys who went round shooting and stabbing everyone and Dizzy Rascal. 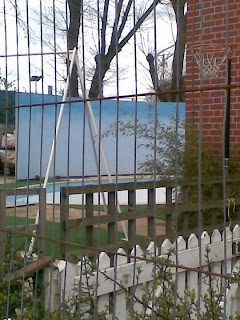 I was thrilled to see that the back garden still had the cloudy backdrop and the almighty paddling pool. The paddling pool was always used during summer contests in which viewers called in and had to guess how many floating objects a man on an inflatable bed could throw out of the pool. There is a basketball net but I don't think that has anything to do with the show.

It was quite depressing going to visit the Big Breakfast house seeing it all tied up in barbed wire and massive fences. It's like the show got canceled and then they held the house prisoner for all of eternity. I can only compare it to the time I went to visit the BBC studios and found Ed the Duck and Mr Blobby chained to a wall in the basement.
Posted by Kris Rodriguez