SUMMER: MOVIES: 10 REASONS WHY YOU NEED TO SEE TRUE ROMANCE 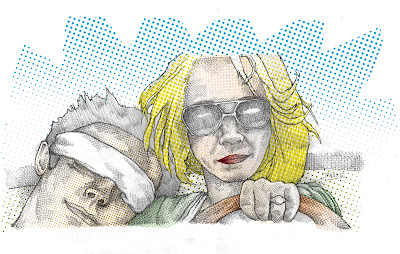 So the rain is gushing down and apart from a few scorching days of sunshine the UK summer has been somewhat of a wash out so far. With the weather being so bad this is a great time to chill indoors and watch movies. OK True Romance is a big deal and yeah a lot of people have seen it but there is also a staggering amount of people that haven't seen this movie. This is one of the coolest movies ever made period and is the ultimate trump card to play when watching movies with your girlfriend.

The movie is about a comic store clerk who falls in love with a prostitute on her first night of the job. They decide to get married and he kills her pimp and steals a bag of cocaine to boot. They go on the run to Hollywood and try to offload the goods with the real owners of the cocaine right behind them. The movie is a roller coaster full of sex and violence which culminates with an explosive finish.

So if you have seen this movie go and watch it again and if you haven't, well here are 10 reasons you should see this movie. There about a 1000 reasons anyway but here are my 10. 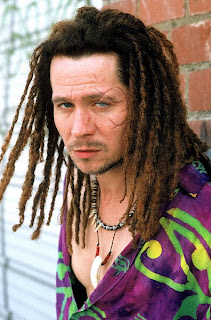 Gary Oldman performs one his best roles of all time when he plays the evil pimp Drexl. Drexl is a stone cold mother fucker who thinks he is Jamaican and is always quoting how "it aint white boy day" while swinging a lampshade. I know a few people that have named their cats after this character. 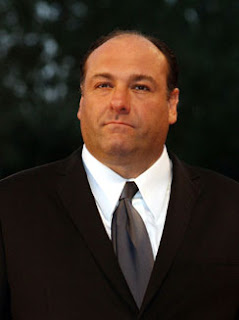 A few years before he became the king of New Jersey James Gandolfini starred in this movie as a mafia thug sent to reclaim the cocaine. Gandolfini is ultra violent, merciless and relentless in his quest to reclaim the drugs in this one. 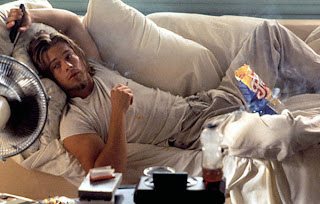 Although Brad Pitts role in this film is only a minor one he still brings credibility to this movie. Playing the oh so cliche stoner dude who gets baked and watches TV all day Pitt actually brings in some good laughs as well. There is a great scene where the mafia come into his apartment and he is so stoned that he invites them to watch some TV. 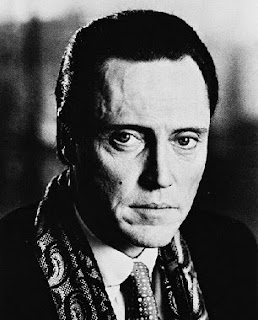 Christopher Walken plays the Sicilian gang boss who has had his cocaine stolen and is on the hunt to get it back. This is one of Walkens greatest roles and Fatboy Slim or not Walken is probably one of the most stone cold men to ever act in mainstream film. The guy has an aura of a church crypt with such a grave power of delivery with this role. 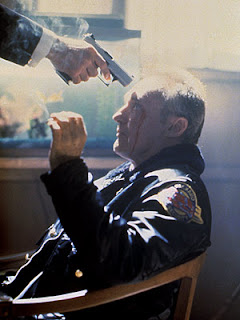 The original Easy Rider plays the father of the main character in this one and does a fantastic job. The back and fourth he has with Christopher Walken is nothing short of superb and his history lesson about Sicily is out of this world. 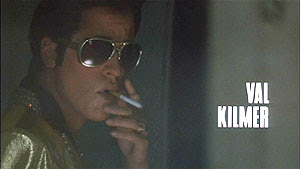 Elvis Presley also has a key role in this film where he advises the main character at certain points. You never see Elvis's face in the film but the part was played by Val Kilmer who trumped out again for being cast in another great role. Come on think about it how many other people can say they have played Batman, Jim Morrison and fucking Elvis Presley? 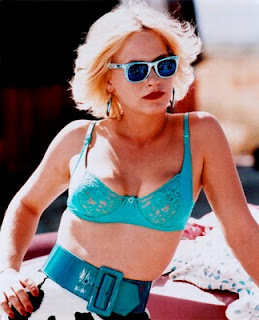 Sister of the ex WCW champion David Arquette, Patricia Arquette is fucking amazing in this one. She is very cute, very sexy and at times very dangerous. The only other film I have seen with her in was A Nightmare On Elm Street 3 and she was pretty cool in that. Patricia Arquette will be getting inducted into the babes section of Lost Entertainment in the near future. 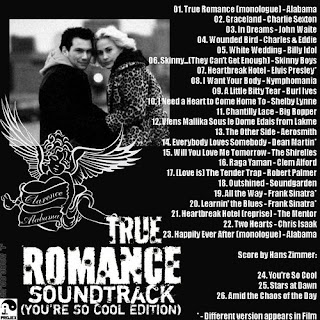 Like the soundtrack to any Tarrantino film True Romances musical soundtrack is nothing short of superb. When the playlist includes Aerosmith, Dean Martin, Soundgarden, Billy Idol, Elvis Presley and Robert Palmer (to name a few) you cant go wrong really. 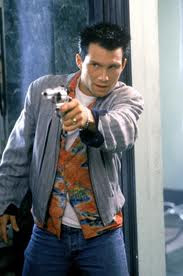 At the beginning of the 90's Christian Slater was the next big thing and they even gave Robin Hood a brother just as an excuse to cast Slater in the movie. He broke through when he starred alongside everyones favorite Hollywood shoplifter Winona Ryder in Heathers. Heathers is another cool movie that will be reviewed on here at some point also. Slater had it all and really brought the main character to life in the most outlandish style that only he could do. Slater was a bad mother fucker in real life also who used to get arrested all the time and even got caught with a gun at an airport. 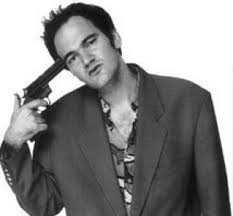 The screenplay of True Romance was the en-genius creation of the greatest Hollywood film maker of the 1990's Quentin Tarantino. The movie has it all the violence, the sex, the roller coaster story and of course the trademark top notch dialogue which Tarantino pioneered. The dialogue in movies before his time were always very to the point and the characters always only spoke about topics related to the film. Tarantino gave us characters with depth and we all learned so much about them from what their favorite movies, TV shows and music genres were from the dialogue in these films.
Posted by Kris Rodriguez