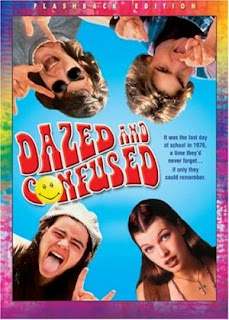 I first saw Dazed and Confused when a friend of mine brought the DVD round when was having a smoke. Not being cliche by watching a stoner movie while getting stoned or anything like that, its just thats what we were doing at the time and most days back then.

The movie was kind of like a hidden gem we found out about it when one of my other friends saw it at stupid O'clock on one of the Sky movie channels.

The movie is the story of the events of the last day at high school in 1976. Although there is a main character in this film it is kind of hard to tell which one is because almost every member of the film is showcased in much detail. This is what I really love about this movie is the level of detail that is displayed in each of the characters. Not to mention the characters them selves were all played by upcoming future Hollywood stars at the time. This movie gave the likes of Ben Affleck, Joey Lauren Adams, Matthew McConaughey, Jason London and Mila Jovovich the big push the needed to progress in the world of cinema. The movie is pure fun from start to finish and is such a great movie to watch alone or with friends. 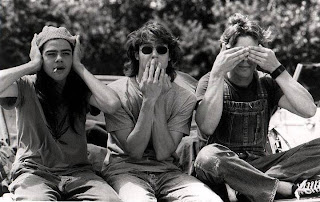 The movie boasts one of the coolest soundtracks ever, even though Robert Plant was being a cock and snubbed the movie from having the classic Led Zeppelin song thats in the title. The movie boasts tracks from Black Sabbath, Deep Purple, Ted Nugent, Peter Frampton, Alice Cooper, Aerosmith and Kiss just to name a few.

The movie is a great coming of age tale which sticks up there with other great movies in this genre such as the Superbads, American Pies and Porkies. Its the story of young love, drugs and just hanging out with the sword of Damocles hanging above with the impending abyss that is the future. 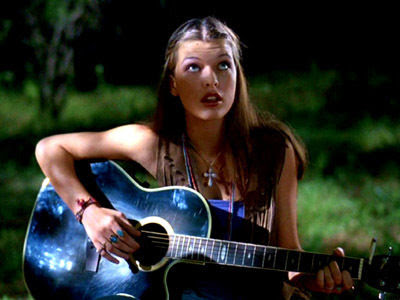 Not only should you see this movie not just because you havent heard of but because me and even the great Quenten Tarrintino urge you to see this film. He also included the film in his top ten of all time.
Posted by Kris Rodriguez