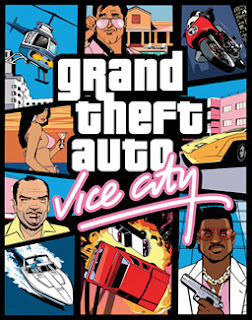 Grand Theft Auto Vice City was the greatest game to ever be made. I cannot believe it has been a decade since the game was released. I have a theory that no one realized  just how cool the 80's was until Vice City was made.

Today I am going to be showing you some of the secrets and easter eggs which can be found while exploring the fictional version of Miami.

Another form of easter eggs are in-game props that reference popular movies and TV shows. For example in Duke Nukem 3d there is a hidden stage where you can find a Terminator endoskeleton in a hydraulic press. In Metal Gear Solid on Playstation 1 you can find many easter eggs such as a Playstation console in one of the labs and when taking pictures with the camera in certain spots ghostly images of the games developers appear.

Now that I have explained what easter eggs are lets take a trip to Vice City and check out the many secrets and pop culture nods to be found. 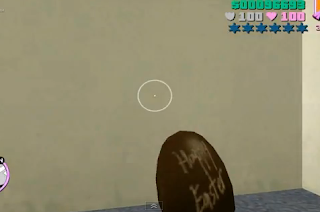 The first easter egg is in actual fact.. an easter egg. This can be found by going to the roof on the second island which has a news helicopter on the helipad. If you jump through a wall near by you will land inside and be greeted with this easter egg. 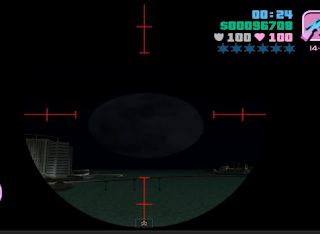 This is a simple one. Just equip any kind of sniper Rifle and shoot the Moon to make it change size. 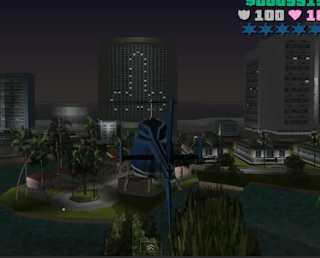 Near the Malibu club there is a building which when lit up at night looks like a massive cock. There is a fountain at the top which shoots water out every 15 seconds just for good measure! 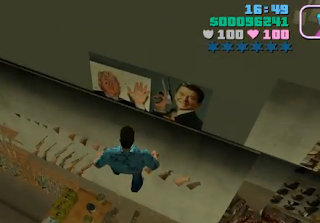 In the downtown branch of Ammunation there is a picture of Ronald Reagan holding a pistol and one of president Gorbachev cowering next to it.

THE GUY WITH THE CEMENT SHOES 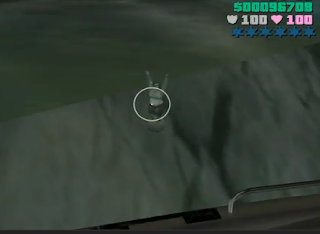 In the water near the downtown and golf course area there is a guy in the sea with cement shoes. There was a rumor that this was Gonzalez a character who you whack earlier on in the game with the chainsaw. 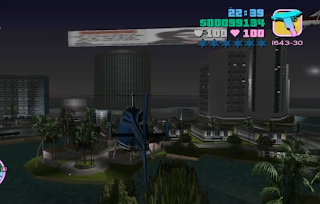 In GTA III there were newspapers floating around the city with the front page covering a story about a zombie Elvis. In Vice City sometimes a plane will fly past with a banner covering the same story.

ROCKSTAR CONSTELLATION IN THE SKY 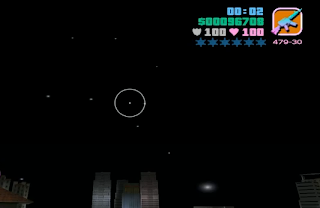 This is an easter egg which is in many Rockstar games. In the night sky the Rockstar logo is displayed in the stars. 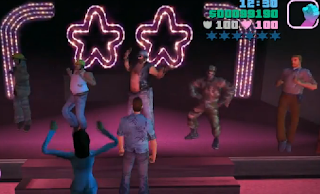 In the Malibu club the cast of the Village Peoples YMCA music video can be spotted dancing on stage. They can also be shot in the face for good measure. 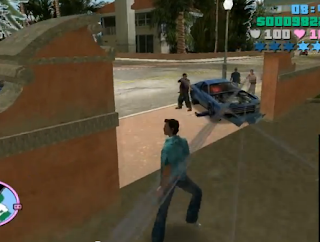 Get a 4 star wanted level and a Ferarri type car will pull up with two detectives who look like Corcket and Tubbs from Miami Vice. 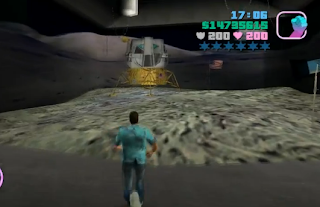 Ever since man landed on the moon there has always been the theory that the whole thing was a hoax. In the movie studio in Vice City there is a set with the moon landing set up. 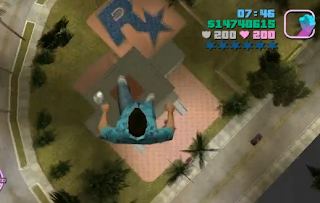 When viewing the swimming pools on Starfish Island from above you will notice that they are all different shapes. One is shaped like the Rockstar logo and another is shaped like a woman in a bikini.. guess where they placed the diving board? 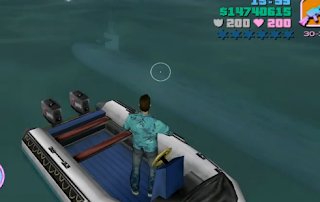 A submarine can be spotted underwater just north of the Northpoint Mall. 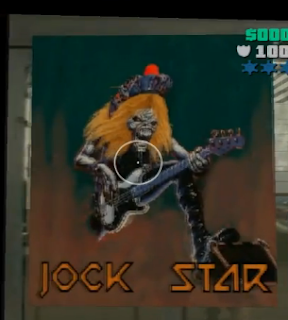 In the Rock City record store in the downtown area there is a modified Iron Maiden poster with a Scottish Beret and the words "Jock Star" underneath. 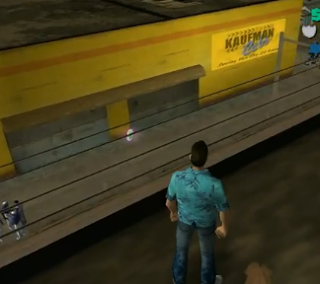 The cab company in Vice City is called Kaufmans. This is a reference to the late comedian Andy Kaufman who played Latka in the 70's sitcom Taxi. 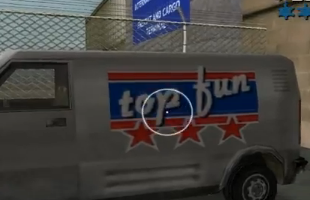 The vans which trigger the RC missions have the logo "TOP FUN" on the side. This of course is a nod to the 1986 blockbuster Top Gun. 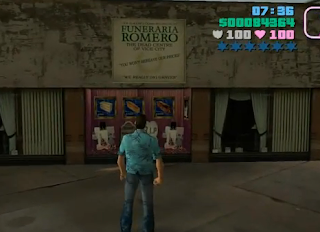 In the Little Haiti district there is the Romero funeral company. Behind the pizza shop you can also find 2 empty graves and 1 with a one armed skeleton. The hearse in the game is also called the Romero, all of these are a nod to the director George A Romero who made the living dead movies. There is also a Romero butcher shop nearby. 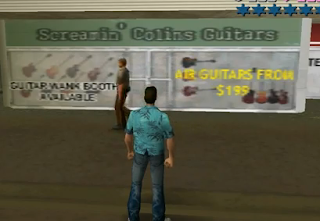 Across the street from the strip club there is a guitar store that is advertising an air guitar for £199. 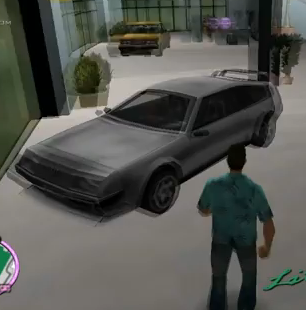 After completing the list at Sunshine Auto's you will unlock a car which is a replica of the one from Back to the Future. Cant remember what it is called in the game though. 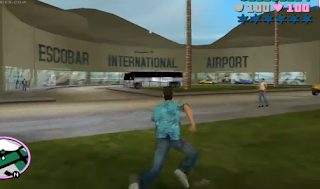 The airport in the game is named after the most famous cocaine dealer in history Pablo Escobar. 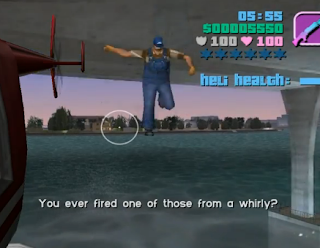 During the mission where you have to fire the machine gun out of the helicopter while Lance Pilots it, a pedestrian jumps off one of the connecting bridges. 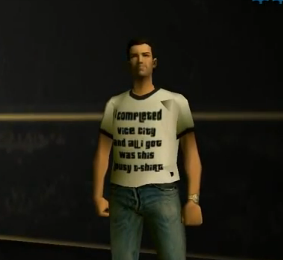 When you get 100% completion as well as getting bodyguards you will also get a T shirt which reads "I completed Vice City and all I got was this lousy T-Shirt". 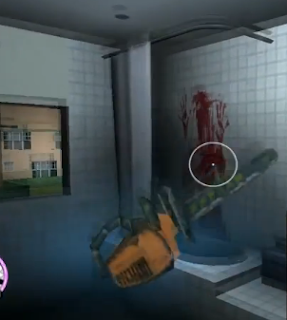 There is a secret apartment that you can enter in the game which is a Scarface reference. Inside the apartment there is a suitcase full of coke and a bloodstained bathtub complete with a chainsaw. In fact a lot of things in the game are nodded towards the movie Scarface. Diaz's mansion is a replica of Tony Montanas and the final mission of the game you have to fight off invaders outside of the office on the staircase. The Malibu is also very similar to the Babylon which is the nightclub from the movie Scarface. 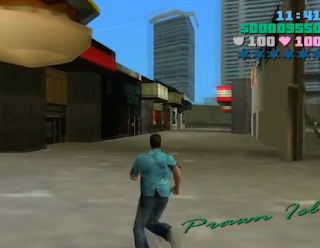 In the movie set you can find an actual street from GTA III along with many other movie props.

Ok thats all from me reporting from Vice City check back next week for more posts and have a great weekend.