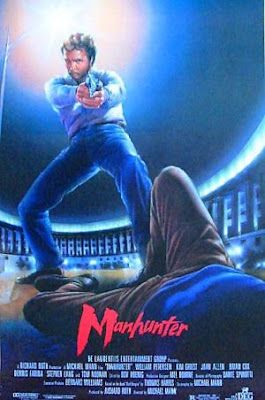 Five years before the release of Silence of the Lambs Dr Hannibal Lector made his on screen debut in the movie Manhunter. Manhunter is based on the book Red Dragon by Thomas Harris and directed by Michael Mann. The movie was called Manhunter to avoid any confusion about this film sounding a Kung Fu film with the name Red Dragon.

Months later he is asked to go back to work to catch a vile serial killer who has been labeled the "tooth fairy" by the press and police.

However this time around he enlists the help of the man he has just put away.. Dr Hanniball Lector.

Now this movie is no where near as good as Silence of the Lambs but is much better than Red Dragon. The performances in the movie are all very powerful and convincing. 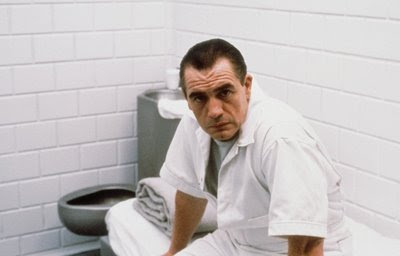 Brian Cox's incarnation of Hanniball Lector is extremely powerful (even though he is only in about two scenes in the whole movie) and does a great job. Not as good as Anthony Hopkins but come on that is some act to follow. The movie is shot beautifully with a strong use of color which is highlighted in very strong neon blues and greens. 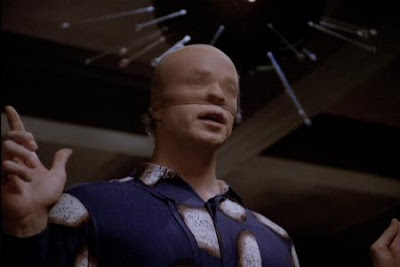 Manhunter is one of the better films I have rented recently and I really recommend that you see this movie. If you are a Thomas Harris fan then it is a must see. The movie has also got a fantastic soundtrack which makes a good use of Iron Butterfly's Inda gadda da vidda. The director is the same man who brought us Miami Vice and is filmed in a very similar way.

3.5 OUT OF 5
Posted by Kris Rodriguez