GAMING: MOST ANNOYING NPC'S OF ALL TIME

NPC stands for "Non Playable Character" in the world of video gaming. In some cases there are great non playable characters like the rocket launching police in Streets of Rage, 8 Ball in GTA III, the Green Reptile from the first Mortal Kombat game and even the butler from Tomb Raider 2.

Most of the time NPC'S are annoying fuckers who do nothing but spoil a pleasant afternoons gaming with their intrusive and infuriating annoyances. Heres some of the most annoying characters that have really got under my skin. I am sure the following tirade will be full of swearing so if you're under the age of 18 you better fuck off or something. 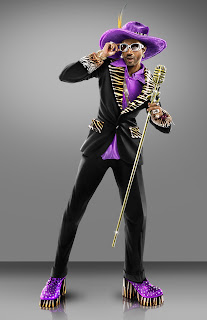 This is the most recent NPC that has gotten under my skin over the last few months. Zimos is a pimp who talks through an auto tuner and is hands down one of the most annoying cunts you could ever meet in a video game. Just for the record anyone who likes or has ever used auto tune can fuck off and die. Zimos can fuck off and die as well. After completing the game I have killed this guy about 500 times and thoroughly enjoyed it each time. 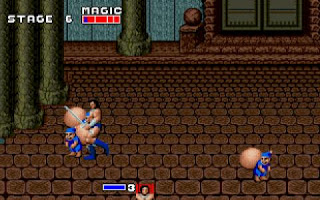 These little shit cunts have been annoying me since 1991 and even after 21 years of hatred I still have a real grudge against these characters. Maybe it might come out in therapy that I despise these characters so much because my father is an actual midget or something. I hate these guys soo much how they just go around thieving like pikeys stealing magic potions and being stingy with health packages. I also hate the fact that you can only attack them by kicking them up the arse. So Sega say its ok to kick a midget but dont chop one with a sword because then thats out of order. 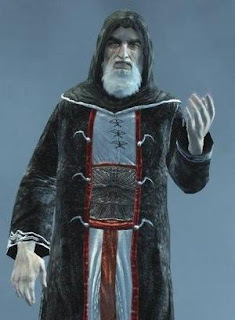 I am a fan of the Assassins Creed series but the first game really hasnt aged well and Al Mualim maybe one of the most annoying video game characters I have ever had the displeasure of not being able to skip talking. The guy just gasses and gasses on and on and theres no skipping it. The cunt just does not shut his mouth, I was glad when I got to kill him in the end.

THE CLOWN: THE SIMS LIVIN LARGE 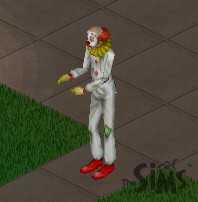 When the Sims Livin Large expansion pack was released in late 2000 we could buy lots of new and creative products to kit out our virtual homes. One item included was a painting of a clown, and if your sim's got depressed while the painting was on display the clown would appear in your house. Not just any clown.. but a fucking miserable excuse of one which suffered from crying fits and depressive outbursts. If the painting was removed the clown would leave, but until that point you would be stuck with the guy in your house for eternity. One good thing though, you could kill the clown so it wasn't all that bad. Using the old swimming pool with no ladder trick used to sort him out in no time.. well 2 sim days so about an hour in real time. 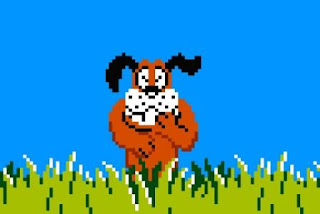 This dog maybe one of the most annoying NPC's of all time. He would mock and laugh at you for not being able to kill ducks with a light gun. This dog made me so angry once that I destroyed my copy of the game by stamping on the cartridge at the age of 7. 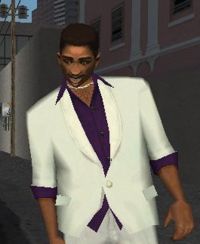 Lance Vance is one of the most hated game characters I have ever hated. The reason I hate Lance isn't because he betrays Tommy Vercetti at the end of the game, but because the AI on this guy has made me fail so many missions it is beyond belief. There's nothing more irritating than failing a mission because of a character you cant control, driving back to the mission start only to do it again because of the same character. Lance Vance will go down in history as one of the most despised characters in video game history. 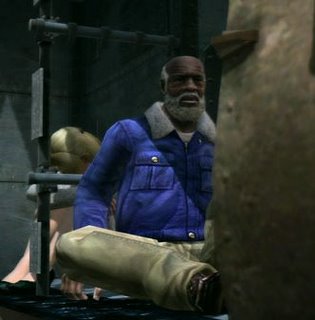 Otis is a character which has been slagged off in great detail on Lost Entertainment once before (read) and he returns again to take his rightful place among gamings most hated NPC's. Otis the sweet old man from Dead Rising? yeah thats right! this old cunt will hound you with intrusive radio calls through out the game which you cant skip just so he can inform you he has seen someone browsing near the supermarket. Read the past article to hear me vent in great detail about this guy. 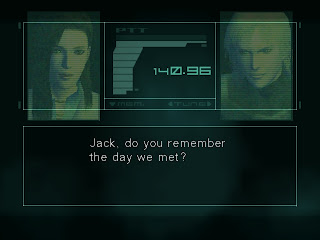 This bitch is something else! Constantly codec messages you throughout the whole game asking you stupid questions about what day it is and how did you meet her. Shit is fucking annoying especially while you are trying to save the world from a nuclear holocaust and having to answer the raidio every 5 minutes just to listen to this emo cunt moan all the time. I hate this bitch! 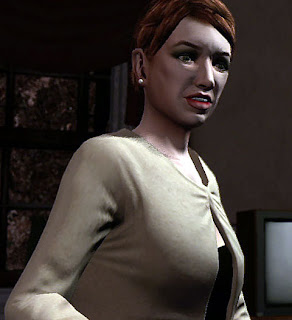 This is that ugly ginger bitch that Niko is sweet on in GTA IV. I wined and dined this ginger fucknut all over Liberty City when I first got the game and she never put out once. I was glad when she got shot at Romans wedding. Roman was also equally annoying with his phone calls about going bowling while I am trying to shoot down an LCPD helicopter.

Although he was called the "advisor" he should have been called the criticizer as all this twat did was moan about everything you did in theme park. "The drinks are to cold" or "the fries are to salty" to "the whole park is covered in puke and piss and 3 people have just died" were just some of things this guy would tell you off about on a daily basis. As if I am gunna take advice from some nob with a shit bow tie and rubbish top hat anyway.