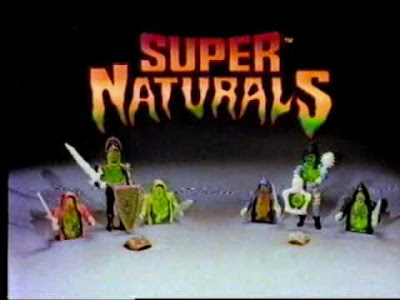 Back in the late 80's Tonka released a line of really cool action figures called the Super Naturals which were action figures which sported holograms in their torso areas. Kinda like the Visionaries figures but more over the top in the hologram department. Check out the commercial 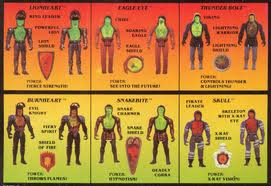 The figures were pretty awesome and of very good quality. There were good guys and bad guys just like any toy line but these guys all looked like bad guys because they all had these amazing horrifying holograms on their chests which when moved in light would deform even more. 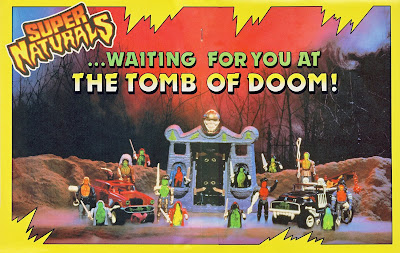 A Tomb of Doom playset was released as well as mini midget figures. I had most of the figures but none of the midget ones. Not because I have a problem with midgets (or small people as they like to be called.. actually I think they should be called "fun sized" just like them little chocolate bars you get in the multi packs which actually.. are ideal for midgets!) I just didn't care much for them. 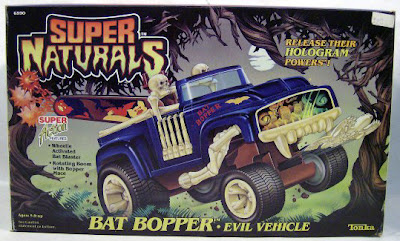 Vehicle accessories were also released soon after and they were pretty cool to. I know that a bunch of ghosts driving a pick up truck may sound a bit absurd but at the same time it is one of the coolest things you may ever see in your life. 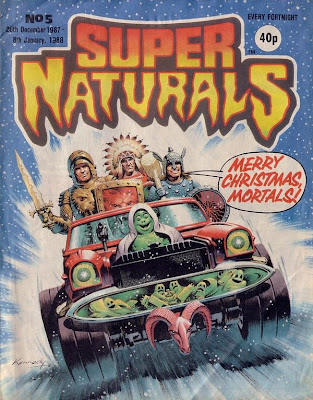 Like most flash in the pan toy lines from that period the Super Naturals wound up in the pages of its very own comic. After a short success the toy line faded out in just as much time as it got popular and disappeared thus becoming another Lost Entertainment gem.