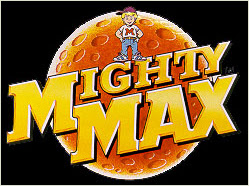 Mighty Max was a toy line which was released in the early 90's by Bluebird. Mighty max used the same concept as the Polly Pockets toys for girls only Mighty Max was bad ass and marketed towards young boys like myself who loved monsters and weird shit. 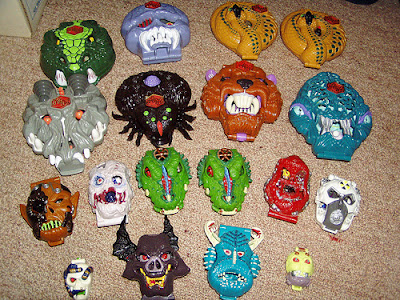 The toys came in different varieties and styles which were usually heads of monsters which when opened up would fold out into little adventure zones. 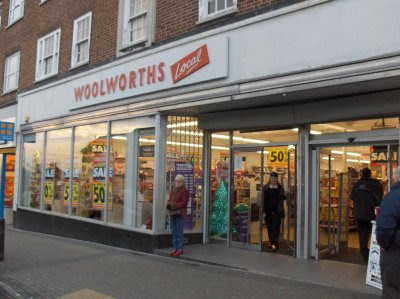 The Collier Row Woolworths where my first crime was ever committed.

Mighty Max was also the first thing I ever shop lifted. Yes I know how bad it sounds but I actually never meant to do it! I really wanted the skull faced fright zone thing and I couldn't find my mother anywhere inside the Collier Row Woolworths so I thought I would have a look outside to see if she was there. By the time I was outside I realized that I still had the toy in my hand. I always thought as a child that if you stole something from a shop that the alarms would go off, dogs would be released and before you know it you were in borstal being fingered and feltched by the bigger boys! With all this in mind I thought going back inside the store to return the item was not an option so I kinda made a swift exit and found my mother who was in the shop next door. We got in the car and I acted normal while all the while expecting police cars to swarm in and kill me. I had the toy in my pocket and when I got home I played with it in secret for months. 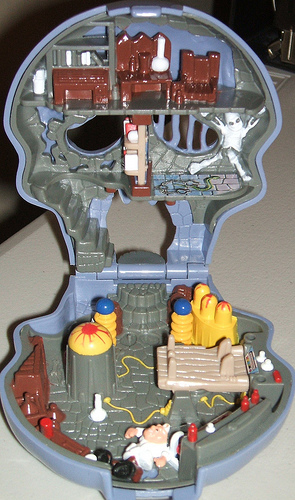 As you can see above the toys where great value for the price they were when you consider the level of detail and the fact you got a location with props and mini figures to boot all for a fiver... or for free in my case. 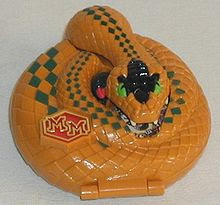 The Temple of Venom when it is closed and opened 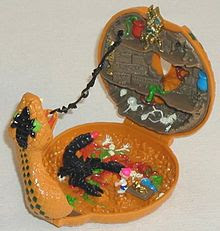 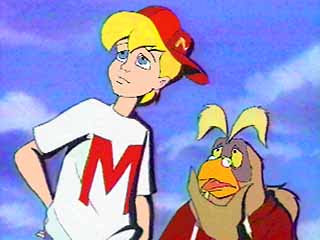