CHRISTMAS 2012 COUNTDOWN: MY CHRISTMAS GIFTS FROM 1991

So it has been ages since I last wrote something for the site due to the whole smashed computer thing but I am back now and ready to roll.

I remember Christmas 1991 and the whole year it self so well, it was a great year and an even better Christmas for me.

A while back I scanned and reviewed the 1991 Argos catalog (click here to read it) so a lot of the toys from that Christmas will be in there so have a look and see if anything you received was in the book. Over the next few weeks I will be reviewing my best presents and then some of my worst ones. Today I am in a good mood so I will go straight from the top with my all time best year. 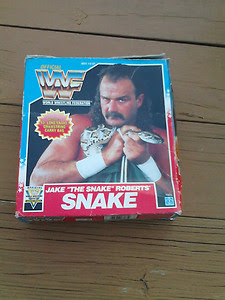 WWF had really peaked in 1991 in the UK and everyone was wrestling mad but no one was madder than me I fucking loved it. The Jake the Snake Roberts bop bag was a giant inflatable punch bag which was full of sand at the bottom to keep it grounded. My bop bag only lasted a matter of hours before it was punctured and all kinds of fucked up.

The Beetlejuice vanishing vault was another cool addition to my action figure collection. Beetlejuice was pretty over at the time as well for some reason (maybe down to an animated series or something) and everyone was collecting them. The grave had a magic compartment which when activated would make the figure (or anything else for that matter) disappear.  The Beetlejuice figures became unpopular in as much time as they became popular making them another Lost Entertainment gem. Beetlejuice was shown on ITV for the first time on Christmas day 1991 also. 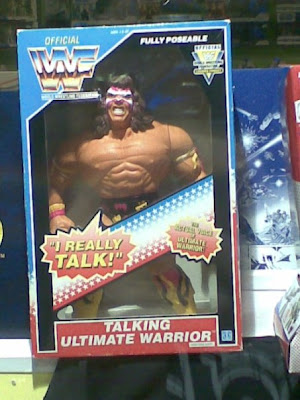 At this stage in my life the Ultimate Warrior was the greatest human being I had ever seen. The were only two types of these figures (the other being Hulk Hogan) and I was only allowed one. So I had a good think in the toy shop and even though I was a huge Hulkamaniac I had to take into consideration that the Warrior kicked Hogans ass at Wrestlemania VI so I chose the Warrior. Sorry Hulky-baby but you don't have face paint or the whole "I am a fucking mental deranged being from another solar system" thing going on. 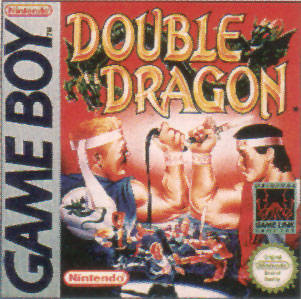 When I opened this gift it ruined the surprise of my main present which I will talk about it in a moment. This version of Double Dragon is much better than any over version because it is harder but if you master it you may one day complete it. I have only completed the game twice since 1991. 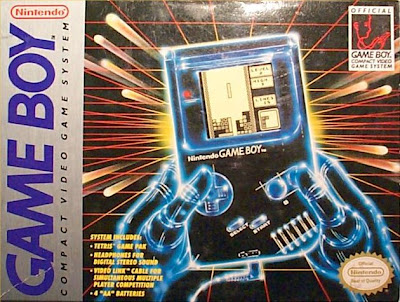 This was my main surprise present from my mum and it was one of the greatest things I ever got for Christmas. Things were tight back then but my mum still managed to get us all the shit we really wanted. Thats why my mum is awesome. I still have it to this day.
Posted by Kris Rodriguez