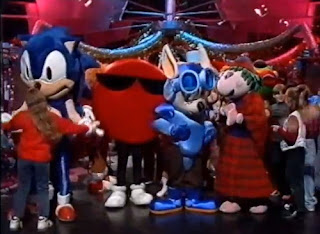 1992 was another cool year for me. I was still into wrestling and playing video games. Home Alone 2 and the Muppets Christmas Carol where going head to head at the box office during this holiday period also.

1992 was also another great year in the Christmas gifts department for me as yet again I got all the shit I wanted. So the other week I listed my favorite presents from 1991, so today I am going to be following up with the gifts I received a year later. I was only 8 years old during the Christmas of 92 so toys were still on the menu in regards to Christmas gifts. 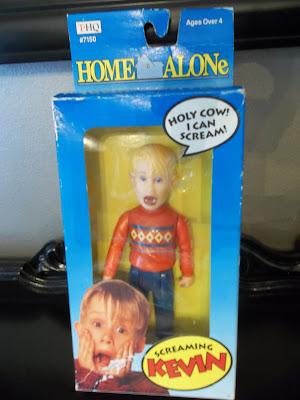 THQ released a line of Home Alone action figures and dolls. THQ are now known for making video games these days but back then THQ was more known for making toys (hence why THQ stands for Toy Head Quarters) and as well as making these toys they made some terrible Home Alone video games to boot. The Kevin doll is something which I still have on display in the shop and it is something I treasure very much. The only problem with the Kevin doll is the fact he is pretty huge standing at 7 inches tall so it dwarfed any action figures I had so he wasn't very compatible with my other figures in that department. When you pressed a button on the figures back it would scream. Pretty cool but a very big figure. 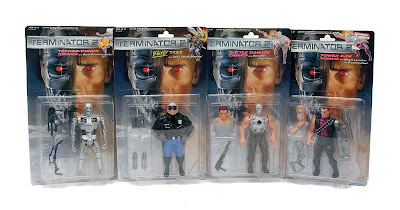 Kenner released an ultra cool set of Terminator 2 action figures which well... just blew my fucking world to pieces. I was (and still am) the biggest fan of both the first and second movie so when these were released my mother got a massive ear bashing to buy these for me. A great line of action figures that all did something cool and came with great accessories also. 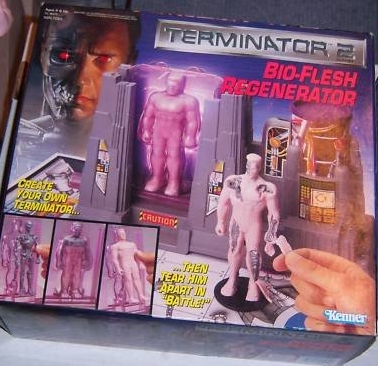 The Bio Flesh Regenerator was so fucking awesome and was a great surprise when I opened it. This toy could make little Terminator figures by molding putty around an exo skeleton by using a press device. It was so cool being able to make little Terminators and was a great prop for sending cyborgs back in time to fuck shit up. This toy ended up being rendered out of use do to well, overuse! 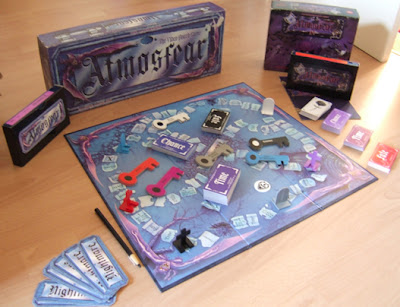 Atmosfear was a board game which became a best seller due to its uniqueness and shock appeal. The game was very ground breaking at the time due to it being a family board game which was played against an evil video tape starring the Gate Keeper. The idea of the game is to get six keys and get to the center and reveal a nightmare. If you pick up your own nightmare card you will lose but if it some one elses card you win the game. The game has a 60 minutes time limit which is displayed on the screen. I will review this game in its own article sometime soon as it is great enough to deserve one. 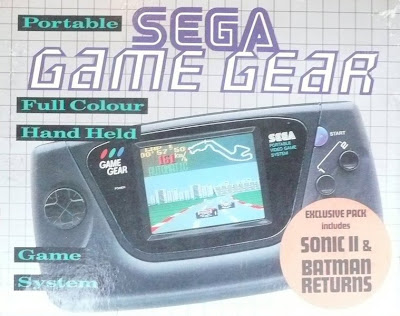 So Sonic 2 on the Genesis was what was dominating the Christmas market in 1992 and it was well deserved. Sonic 2 is my favorite Sonic game of all time and I still play it to this day. However at the time in 1992 I did not own a Sega Megadrive to play it so imagine the overwhelming feeling of joy I had when I opened up my main present and it was the Sega Game Gear along with Sonic the Hedgehog 2. The Game Gear was (in my opinion) the most superior hand held console released in the 90's. It was in color and the games were awesome. However the Sonic the Hedgehog 2 game on the Game Gear was a huge let down as it was insanely difficult to play but it wasn't the only game I got for it so it wasn't that much of a problem.