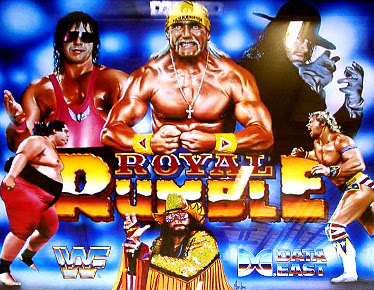 With the WWE Royal Rumble just around the corner (and the fact I am the biggest pinball junkie going) I thought it would be a good time to induct one of my favorite pinball tables of all time. Data East made many licensed video games and pinball machines during the 90's and were very big players when it came to the world of coin op gaming. 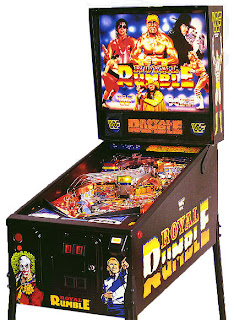 The machine was released at the end of 93 which was a key point in the WWF's decline in the mid nineties. A lot of the established talent like Hulk Hogan, the Ultimate Warrior were gone and guys like Randy Savage were restricted to commentary.

With that said this did not stop Data East from still publishing the image of every ones favorite orange goblin Hulk Hogan smack bang in the middle of the LED board.

As far as pinball machines go, I thought as a kid (and still as a degenerate adult) that this is a pretty solid pinball machine. Maybe its the fact it plays Hulk Hogans and everyone else's themes when you hit certain ramps and bumpers. To be honest you could probably make a WWF logo out of dog shit and I would still probably buy it on ebay (has to be the old school logo of course!). 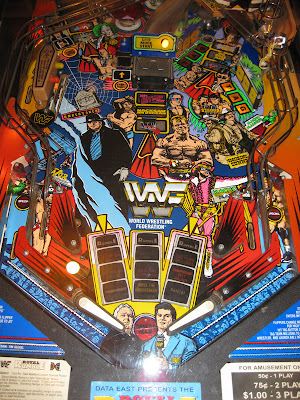 There has never been a time go by (even to this day) when I haven't put a quid in and fired up this bad boy. I always find this machine in the most random beach huts abroad and music venues in London. You can pick one up for over a grand and when I win the lottery, I am buying this straight away and replacing the front door of my house with this 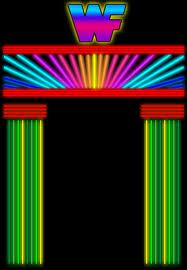