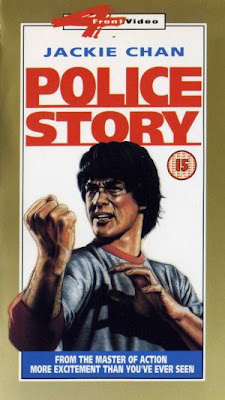 Police Story is my favorite movie starring Jackie Chan. Not only did Jackie act but he did his own stunts, directed this movie and  even sung the end song in the credits.

So the movie is about the Hong Kong police force trying to take down a drugs cartel and its kingpin. The movies main character Kevin Chan (in China the character is called Chan Ka Kui) is a young hot shot undercover police officer.

After arresting the syndicate's leader Koo in a police bust which leveled a whole a whole town the case goes to court only to be thrown out after an amusing and embarrassing tape recording of Chan and a female witness emerges.

The movie is about Chan redeeming himself in front of the public and his fellow Police officers by bringing the cartel and its leader to justice by any means necessary  This movie is a high octane roller coaster ride from start to finish. 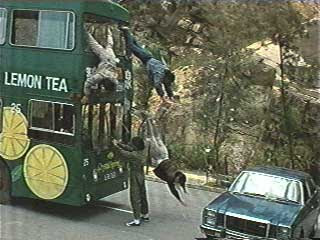 The movie contains some of the greatest fight scenes and stunts to ever be captured on film. Wether its men flying out of the windows of the top deck of a double decker bus, men jumping off buildings and the movies ultimate climax which takes place in a busy shopping mall, this movie hands down has some of the ballsiest shit you will ever see. 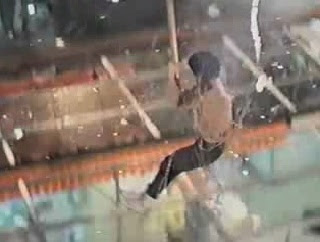 The movies ultimate moment is when Chan leaps off of a balcony at the top of the shopping mall and descends down a 100 feet of live electrical lights. He then crashes through a glass green house at the bottom, which is nothing short of spectacular. The stunt in real life nearly killed Chan and he received 1st degree burns from the electric shock from the exploding lights.

Like all Jackie Chan movies this one has lots of very comedic moments and embarrassing situations that the main character gets involved in. The movie has its very serious moments also which help level everything out. If you are a fan of kung fu, Jackie Chan or just amazing action films in general mark this one down as one to watch and if you have seen it before.. watch it again!