INSIDE TONY MONTANA'S MANSION FROM SCARFACE 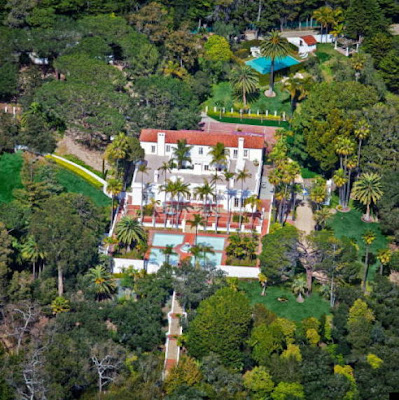 Got £18'000 spare to stick in a volcano? Well if you have then don't do it, instead spend it on renting the house from Scarface for a month!

It came to my attention that the mansion used in the movie Scarface has been up for rent in recent time. For $30'000 you can rent thi house for a month and actually live in it.

The thing is, if I had such money to afford this kind of eccentric holiday I would want to spend it sniffing coke and firing machine guns from the top of the staircase to complete the experience.

This house is up there as being the best house ever put onto the silver screen. The house is so iconic it was heavily referenced in GTA Vice City and became one of the perks for progressing through the game.

So today we are going to take a look inside the mansion from Scarface. Unlike the Nightmare on Elm Street house this one is actually pretty cool inside and hasn't been destroyed by graphic designers with orange furniture and cheap canvas pictures of Sid Vicious. 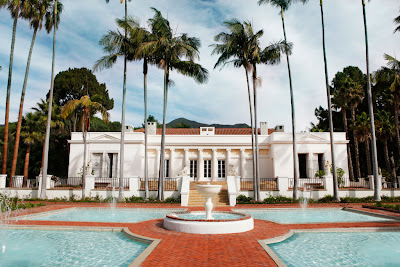 So here we have the front of the house and it is instantly recognizable even if you have only seen the film once. The mansion has seen better times since we last saw it, as by the end of the movie it was covered in bullets, blood and coke! 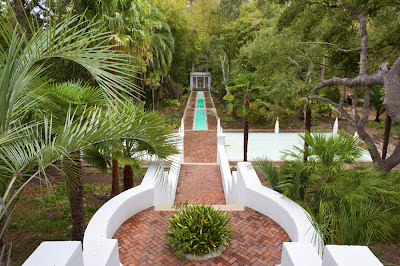 The house has a lot of grounds and is extremely well maintained. Unfortunately there are no tigers which would kinda be a deal breaker for me if I was going to cough up 18 grand to stay here for a month. 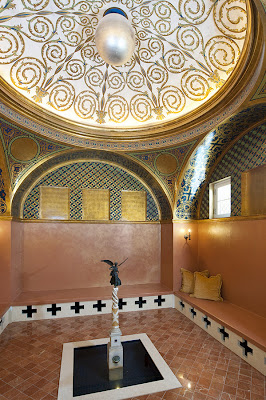 This is the main hall of the house where I am guessing the final firefight happens in the movie. I must say that even though this house is pretty flawless its still not as cool as when Tony had it. The "World Is Yours" statue looked much better than the one they have there now. 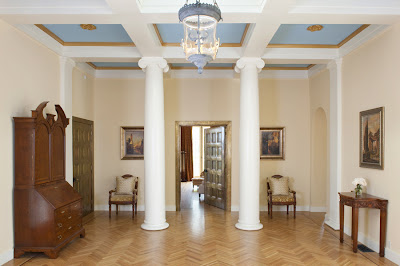 This is one of the hallways which has immensely tall walls complete with columns. I love it when posh houses have random chairs in place where you would never sit in a million years. Can you imagine picking up a book from the study and deciding to sit on one of them chairs by the door? you just wouldn't! it would be well strange if you did! 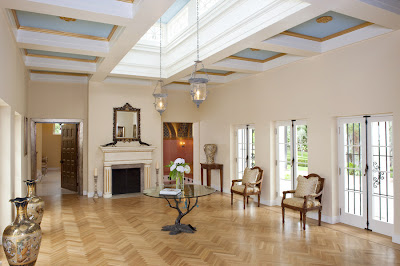 Here is another room with 2 strategically placed chairs. This looks like a dining room area which has doors which back on to the grounds. To be fair I wouldn't want to waste the 18 or so grand it takes to rent this house. Everything looks well expensive and everything has that whole "dont fucking touch!" vibe about it. 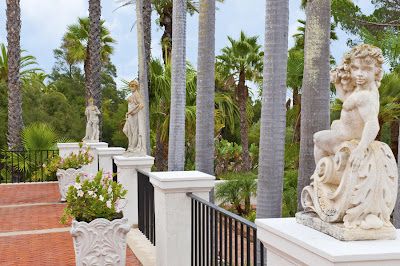 Outside we have a lovely garden balcony area with expensive looking cherub statues. I wouldn't be able to relax in this area without feelings of paranoia of whacked out south american dudes trying to invade with machine guns and knives. 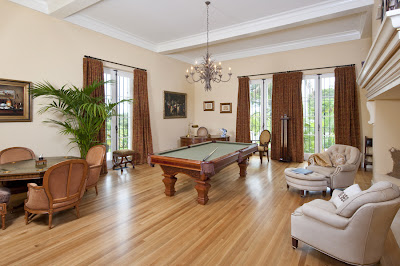 Here is another awesome room but the pool table is an instant winner for me as I love getting drunk and playing pool. This room looks a bit more comfortable and more homely than the previous rooms we have seen. 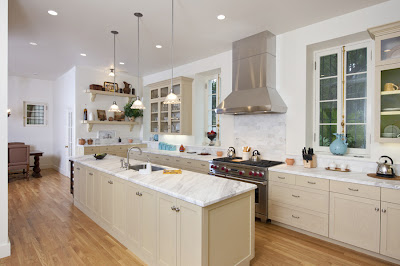 This is the kitchen area and everything seems up to scratch in here. We only got to see Tony washing dishes early on in the movie but we never got to see him cook, Scarface cooking a fry up would have been comedy gold on par with the actual scene where he cuts a great promo on a whole restaurant full of rich people at the tail end of the movie. 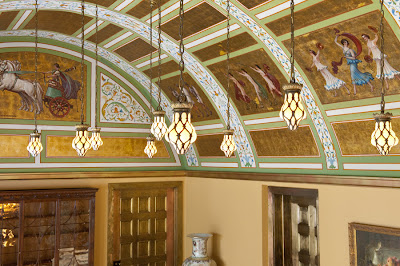 This is the dining room and this room is just plain awesome. With the high rounded arch ceilings which have artwork of chariots and women dancing, this room is just pure class. You could even eat a Mcdonalds take away in this room and still feel like the fucking king of Miami. 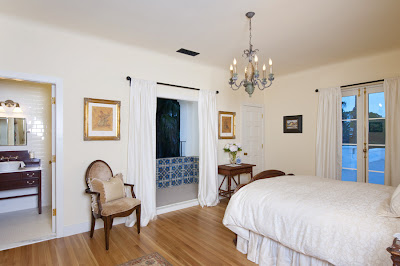 This is one of the guest rooms which has a balcony and its own en suite bathroom. This is the room you would stay in if you were staying in Montana's home to tie up any loose ends of cocaine deal (which will ultimately go wrong in the end just like every drug deal in a movie). 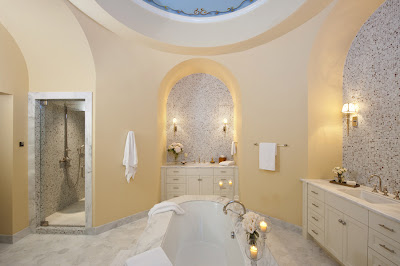 This is the bathroom and if you are into pissing, shitting and washing then this is the place for you. I am kinda bummed out that the giant bathtub in which Tony cuts an awesome promo on his wife (and just about everything) is not pictured in the house. I've always wanted one of those!! 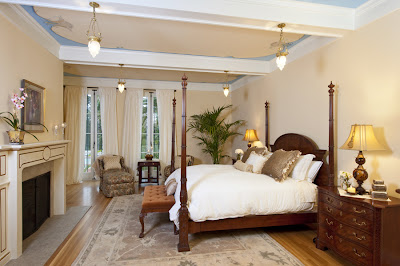 Here we have the master bedroom which is just plain pimpin'. With a huge four post bed with a balcony and a fireplace this where you want to wake up when you have made it in life. Although the house is 18 grand a month to rent I would argue with the landlord that this house had over a hundred people slaughtered including the property owner 30 or so years ago. Surely that would be a deal breaker when negotiating a sale price?

The house from Scarface is pretty cool and it hasn't changed to much since the filming of the movie. If you have 18k a month to pay for this badboy then I would highly recommend splashing out on this for a month. For the sort of money they are asking for it I would not be surprised if an eccentric real life drug dealer does actually end up living in this.