PRO WRESTLING: THE WORST WRESTLEMANIA MATCHES OF ALL TIME So Michael Cole is pretty much the most despised wrestling announcer of all time. The guy has a done a great job of doing a very mediocre job on the announce table for the best part of two decades now and I cant see anything changing soon. In 2011 the geniuses in WWE creative thought it would be a great idea to turn him heel by making him lick the Miz's anal passage and feuding him with Jerry the King Lawler. The two would collide in a horrific encounter at the god awful Wrestlemania XXVII refereed by Stone Cold Steve Austin. Michael Cole would prove triumphant over the King of Memphis to the delight of no one. 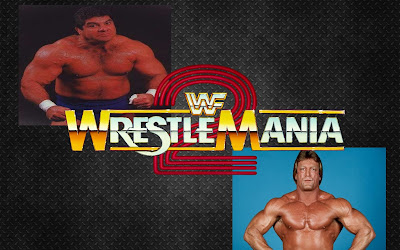 The WWE will have you believe that Wrestlemania 2 was an artistic success but nothing could be further from the truth. The event was nothing but a mess which was held at 3 different locations just to fill Vinces greedy pockets nothing more. Although there are loads of shit matches on the card this one has to be the worst. We get to see 2 hall of famers go head to head in a Guinness World record attempt for the most rest holds used in one match. This one can make anyone fall asleep. Even someone who had done a few grams of coke could still yawn at this one. 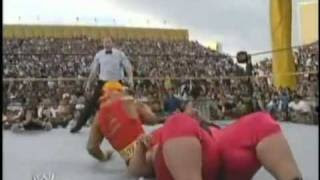 So in 1993 the WWF decide to let two of their younger superstars go head to head in the main event knocking the Hulkster to the midcard on the biggest show of the year. Well that is until Yokozuna wins the belt from Bret Hart only to have the Hulkster come out and snatch it off him only seconds later, in surprise match after the main event. Its almost as if they were scared the world would end if Hogan wasn't shown at the end of the show holding up the belt just like he did at the end of almost every mania prior to that. Hogan would lose the belt back to Yoko a few months later and would leave for WCW. 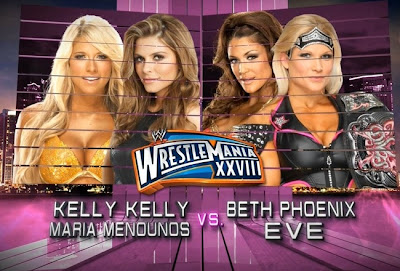 Now I don't have a problem with womens wrestling but I do have a problem with WWE womens wrestling. The WWE just hire women which look like they came straight out of a Mattel toy factory, who are just employed for their looks and not their in ring ability. The real talented girls are pushed aside only to have these glorified glamour models be pushed and put over to the end of the earth. Almost every Divas Wrestlemania encounter has been a shocking one. Last years was up there as being the worst of all time. We had to endure a whole match putting over that slag Kelly Kelly and some other bitch from an American TV show that no ones heard of elsewhere. The match contained corpsing and more holes than a second hand dartboard. I have always maintained that these matches are just put there so everyone can go grab a beer or have a shit!

6. AKIBONO VS THE BIG SHOW WRESTLEMANIA 21 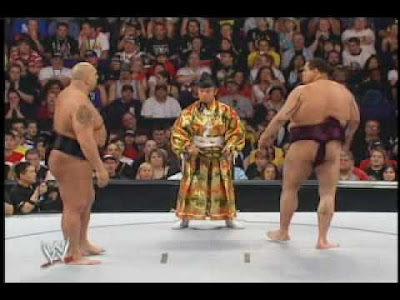 The Big Show hasn't had the biggest of luck when it comes to the biggest show of the year. In 2005 the Big Show lucked out yet again when he had to face world sumo wrestling champion Akibono in a sumo wrestling contest. The encounter was short lived thank god and the Show was unsuccessful in his attempt. However, if seeing the crack of the Big Shows arse wasn't bad enough we almost see his penis as well at one point. 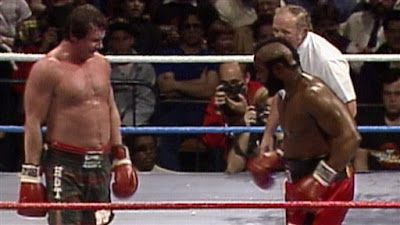 Like I mentioned earlier Wrestlemania 2 was an artistic car crash from start to finish. The event put more effort into putting over the celebs than the wrestlers them selves. After main eventing the main event a year before Mr T returned a year later to take on Rowdy Roddy Piper in a worked boxing match. If Brock Lesnar has taught us anything its that worked versions of real contact sports just don't look very pleasant at all. So when Mr T and Roddy Piper put on this worked boxing match, disaster soon followed. The worst moment is when Mr T misses a haymaker and Piper still sells it going to the floor. Piper bodyslams Mr T putting an end to this car crash of a contest moments later. 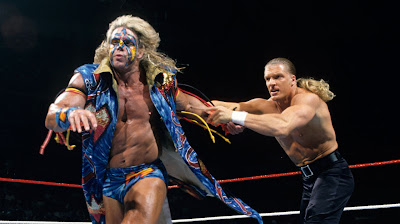 So the Ultimate Warrior makes his return after 4 years away and he takes on the future king of kings at Wrestlemania XII. The match starts and Triple H hits the pedigree on the Warrior to have him no sell it and just squash him seconds later. Because its the Ultimate Warrior he gets a pass and no one gives a fuck. Apart from Triple H that is which makes this all the more funnier. 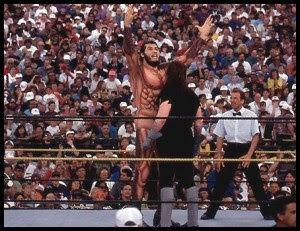 There is no denying that when Giant Gonzalez made his debut at the 1993 Royal Rumble it was a big deal and everybody was talking about it. An 8 feet tall monster comes in and manhandles the Undertaker, it was stuff nightmares were made of. Their encounter at Wrestlemania would also be something of a nightmare also. Giant Gonzalez could hardly do anything apart from choke and even that is putting it nicely. He ends up rubbing date rape all over the Undertakers face very much to the dismay of the crowd and everyone watching at home. Another bit of trivia about this match is that ECW's Bill Alfonzo is the referee. 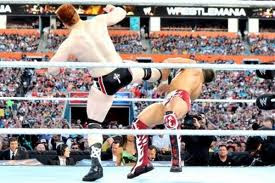 So one year before this Daniel Bryan and Sheamus are pulled from the Wrestlemania card completely to the delight of no one. One year later they get another chance at the biggest show of the year and for the World Heavyweight Championship no less. However this time round they only get 18 seconds of a match which includes a big boot and that's it. The whole audience and millions of viewers stand there in shock at what they have just seen. Apart from a few Irish lads in the front row the whole wrestling community thinks the whole thing is bollocks and still do! 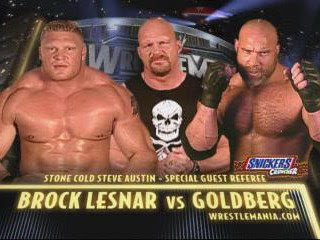 So here we are number 1 and this has to be hands down the shittest Wrestlemania match of all time. A match we was all really looking forward to which turned into the biggest pile of dogshit ever put on PPV. Brock Lesnar and Goldberg went head to head in a match which even Stone Cold Steve Austin could not save. Both men were leaving the organisation a day later and the lack of motivation and effort could not have been more evident. Both guys were booed out of the garden and its a good job this match was on a card full of other really good matches because this one almost stunk the joint out.
Posted by Kris Rodriguez