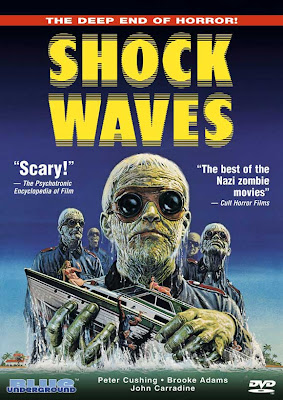 Shockwaves is a horror movie from 1977 starring Peter Cushing about mutant Nazis. I have been after this movie for a few years now and finally managed to grab a copy this week.

So a boat full of tourists gets shipwrecked on a remote island in the Florida region. The survivors go to a massive abandoned hotel for help where they find Peter Cushing's character who tells them where to find a boat and to fuck off.

Like most horror movies they do not take his advice and thats where all the trouble starts. Cushing then tells his uninvited guests how he is an ex SS commander who created a race of mutant nazi's which cannot be controlled or reasoned with. They were created to man submarine ships and tear apart any opponents with their bare hands.

The mutants however could not be controlled and the mutants along with their commander fled from the allies and are now taking refuge on this deserted island. 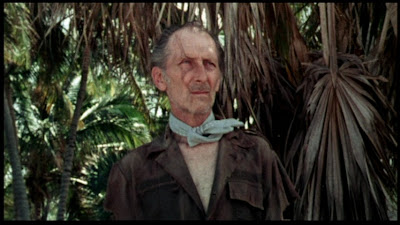 This movie is one of the coolest films I have seen recently and there has been a lot of films watched at the Lost Entertainment HQ in the past few weeks. Shockwaves is cool because it is the most serious nazi related horror film I have seen, whereas others like Dead Snow (click here for the review) have always gone in the slapstick tongue in cheek approach when dealing with this very sensitive subject. 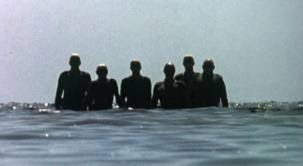 Shockwaves is a very chilling film for its time and it has aged very well. The movies simple yet very effective synth soundtrack just slots in perfect also. 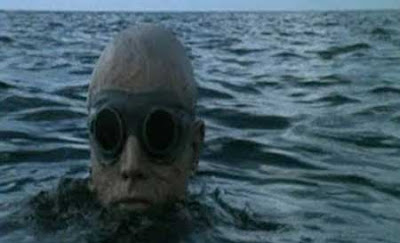 The makeup and special effects in this movie are pretty cool. The mutant nazis look awesome and the underwater sequences look really good and build a great atmosphere. If you are looking for buckets of gore this will disappoint you somewhat, as the deaths in this movie all come from drowning. Remember a scary movie doesn't have to be about buckets of blood. The Ringu and the original Texas Chainsaw Massacre are testament  to this. 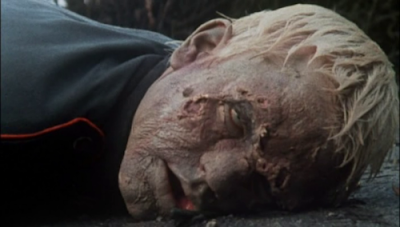 So the final verdict in this one is a thumbs up from me. Great story, decent performances, good soundtrack, great monsters and a thrill from start to finish.