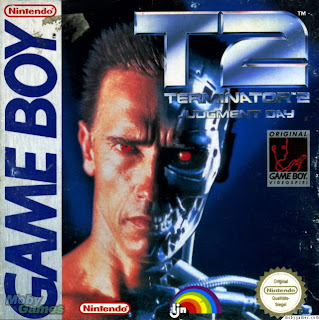 On my 9th birthday in 1993 I received Terminator 2 Judgement Day for my Nintendo Game Boy. I had been counting down the days for a long while before hand.

However when I got the game and played it I realized just how much disappointment could ruin the best day of the year. The game absolutely sucked.

Back in the day when a good movie came out a video game would follow. However most movie licenses were given to a company called LJN who would then make god awful video games which 80% of the time where beyond unplayable.

You see LJN was a toy company which made the ultra awesome WWF rubber figures back in the day. In fact most of the video games were made by toy companies back in the late 80's and early 90's. THQ which is still around today stands for the Toy Headquarters. Video games were classed as toys so thats how it all came about. Making toys and figures is one thing but programing computer games (and good ones at that) was an area they flopped at every possible opportunity.


Compared to the other Terminator 2 games (except the arcade shooter which was pretty cool) this one is not too bad. But when you remember that the other games were pretty much unplayable and almost impossible to enjoy it's not that much of a plus.

The Game Boy game focused on trying to make this game as realistic to the movies storyline as possible and thats its main downfall.

In the first level you are in the future war and you have to blow up these communication towers in height order. Sounds easy enough but the fact you are not told to do this means you will constantly get game over screens. It was only after a day of trying everything that I eventually figured out that was what I was meant to do. 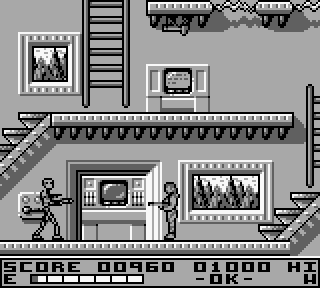 Next up we have to go inside the lab to reprogram a Terminator to send back in time to save John Connor. It's at this point I must point out that you only have one life in this game. Yup one life to go through some of the hardest most tedious shit you can ever go through in a video game. If by some miracle you can get past this bit you will then have to go through some real proper bullshit. 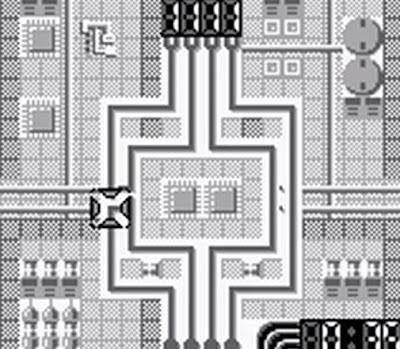 Now you have to reprogram the cyborg computer. Now I wasn't the cleverest of 9 year olds and hell I am not even that clever now, but this was fucking hard. You had to make sure all the wires were organized perfectly in 35 seconds. You can't even pause the game to have a look. You have to do this shit first time or it is back to the game over screen. I never got past this part of the game.. until recently. I would also like to point out that this actually takes up most of the gameplay time. Kids buy games about robots with guns because they want to blow stuff up. Not to fuck with shit circuit boards! 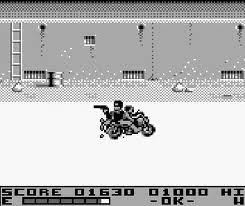 After that is out of the way it's pretty smooth sailing towards the end. You become Arnie and get to shoot at stuff, which was what you wanted anyway right? The strange thing about this game is the fact the difficulty decreases as the game goes on which is the opposite of what is meant to happen.

So after that theres a level where you have to destroy Cyberdine (just like the movie) and then we go to the final level which is the showdown with the T-1000 in the steel mill. 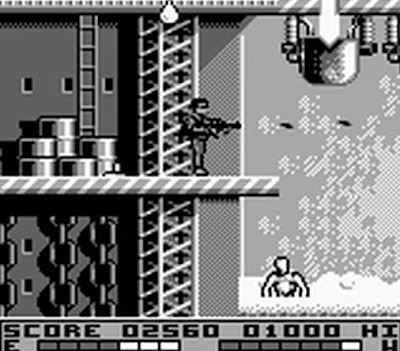 This level is pretty simple, just keep shooting the T-1000 until he falls into the lava and it's good night sweet heart. So after 20 exact years of trying to beat this game I finally did it and here was my reward.. 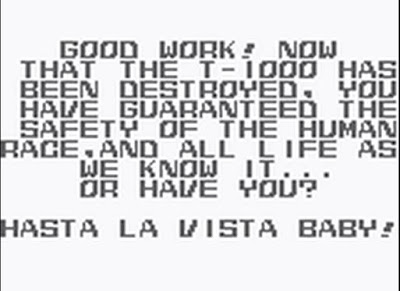 20 FUCKING YEARS AND ALL I GET IS SOME SHITTY FUCKING TEXT WITH NO IMAGE? WHAT THE FUCK?!!!!! This is beyond an outrage, oh wait.. 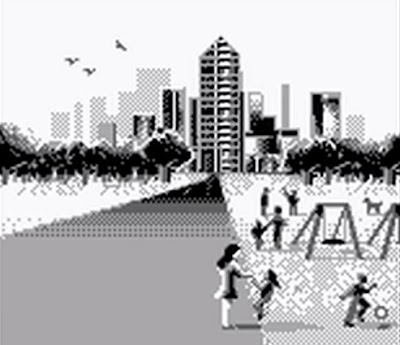 That makes it all better I guess. After reading this article I wouldnt advise playing this game you don't need to. I have done it for you.. for 20 fucking years!!
Posted by Kris Rodriguez