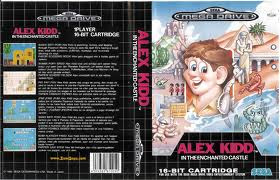 Alex Kidd and the Enchanted Castle was a video game created by Sega in the late 1980's. Alex Kidd was the original poster boy for Sega until Sonic the Hedgehog came in and swiped the title away from him.

The game was re-released on the Sega Megadrive (US Genesis) in 1989.

It's hard to be harsh with games like this due to the fact that they are still playable even 3 decades on! 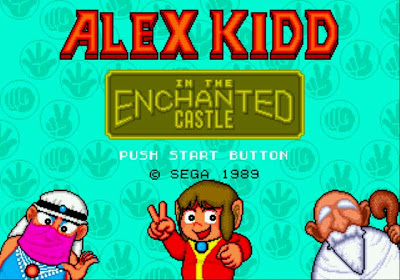 I don't know (or remember) the story of this game. What I do know is all you have to do in this one is keep going right until the level ends and you win. The main character looks more like a little monkey than a young boy. The boy on the front cover looks more like a young ex Birmingham manager Steve Bruce than he does the character on the game. 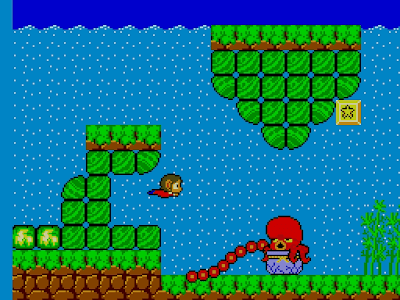 Now the graphics of the game cannot really be faulted as it is quite good for its time. The sound however is a bit of a nightmare as the same song will loop for the entire game which does drive you mental. The controls are not to bad but it does feel like you have as you tend to slide after landing. This becomes a real pain when trying to navigate platforms, which at times can very tight to say the least. 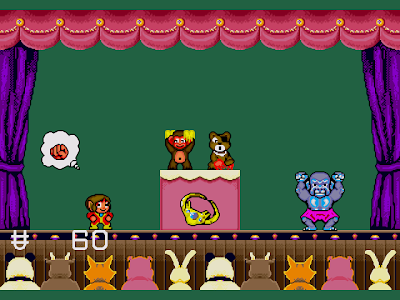 There are rock, paper, scissor games awaiting behind every doorway in which you can earn extra money for in the game. With the amount of these encounters during the game it makes me realize the main character has a very serious gambling problem! Maybe that's what the game was all about?

The only real down side to this feature is the fact you have to play these mini games to defeat level bosses. So if you just managed to scrape through to the last level on your last life and lose one of these bad boys.. it's game over and back to square one. So to no fault of your own you can lose this one at the end of any level! 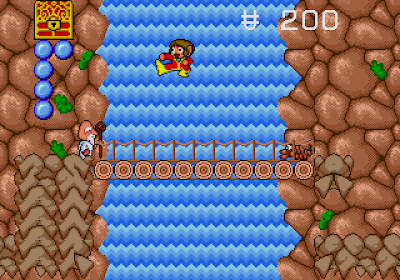 There are no power ups or shields on this game and if you touch an enemy you will die. You can get extra lives and the character can punch and use a jump kick to smash enemies and break items of the game environment. There are some of the most obscure enemies for this game which include, a guy with a chainsaw, a red car, a mummy and some random old bloke who just spawns randomly everywhere. Maybe he was meant to be god himself who can just smite you down from anywhere just for gambling all the time. 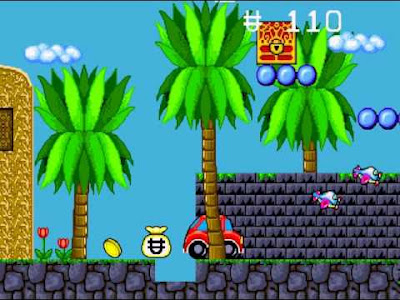 The game has a variety of levels which become a bit repetitive after a while. There are a couple of unique levels like one where you can swim and another where you can fly a little plane thing. The flying level is a bastard though, as you have to bash the jump button like mad to move the plane and shoot at the same time.

This game has aged pretty well and is still a good challenge to this day. The good side is the playability and nostalgia which this one brings along and with some laughs along the way. The downside is shit music, losing at gambling, cheap enemies, cheap platforms and the fact you skid and slide everywhere. On a whole not too bad.

To continue the game without having to play scissors-paper-stone, go to any boss and, as soon as the chit-chat is out of the way, press Start to get the Select screen, then press Start again to proceed.

You can defeat the Gorilla in Janken by using the signs: Paper, Paper, Scissors, Rock, Rock, Scissors, Scissors, Paper.