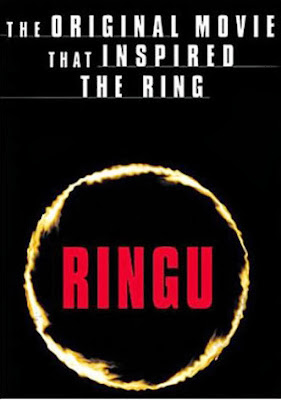 Growing up watching horror movies is like a drug addiction. To begin with you get your scares and thrills from made up monsters and amazing special effects. From there you start quenching your thirst with buckets of blood and insane violence. After a while you become immune to all this and the fear element vanishes and you actually start enjoying to see the evils displayed in front of you.

From that point on you need that little something to tip you over the edge so that you can once again feel the fear you've became immune to. This is where psychological horror comes into effect. Psychological horror movies are quite a unique thing and have their own rules. These types of films are usually very low budget and are very simple films which exploit our fundamental fears without having to use the gore and special effects the other horror movies do.  Our brains end up doing most of the hard work during these films and that is almost magic in its essence when you think about it. Films such as the Blair Witch Project and Paranormal Activity are a testament to this. Although these films get slammed by mindless movie goers who don't get what these films are trying to achieve and are then just cast off as "shit" and "rubbish" films, this does not take the power away from them what so ever.

Yes there are big budget physiological horror movies like the Exorcist and Rosemary's Baby which capture the same feeling, but that's a whole different load of talk for another article I can assure you. The point I am trying to make is that the low budget simple movie's are the ones which hit the senses the hardest and today's movie is the ultimate when it comes to proving that theory. 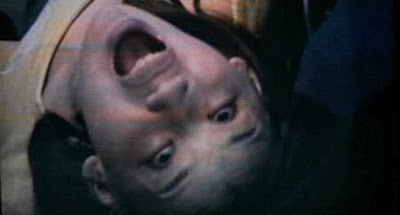 Ringu is the story of a cursed video tape which is viewed by some teenagers in a log cabin in Japan. Immediately after viewing the tape they receive a phone call telling them that they have seven days to live. Seven days later.. yeah you guessed. A female reporter gets hold of the story and starts investigating the whole affair and ends up watching the tape herself at the secluded cabin and receives the dreaded phone call. The rest of the movie (without spoilers) is about her trying to lift the curse by getting to the bottom of this mysterious VHS cassette. 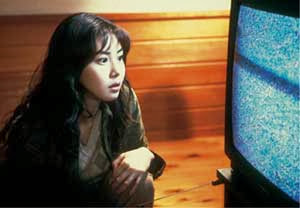 The movie is based on a top selling Japanese novel of the same name and is also very strongly based on a popular ghost story from Japanese folklore. As well as being a great horror movie this film also does a great job of telling an adventure story as well. The movie is in subtitles which I normally find a right pain but this movie is so good it doesn't matter. What I find amazing about this movie is the fact that the performances are still extremely powerful even though they are not speaking English. 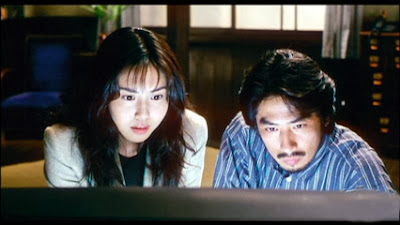 The movie is shot in a very dark tone which accentuates the use of the color blue and dark tones of grey. The movie has a very simple and haunting soundtrack which includes lots of ghoulish bell like sound effects and chimes throughout. The cursed video tape segment is one of the most powerful and most intelligent parts of the film. Don't believe me? Have a watch for yourself, but if your phone rings straight after don't blame me..

I have had lots of fun with this video over the years including a Chat Roulette session a while back where me and friend played it on loop into a web cam. We freaked a few people out especially some young black girls but the rest of the time it was just loads of weird dudes with their dicks out that interacted with us. Damn that website is a fucking strange place! 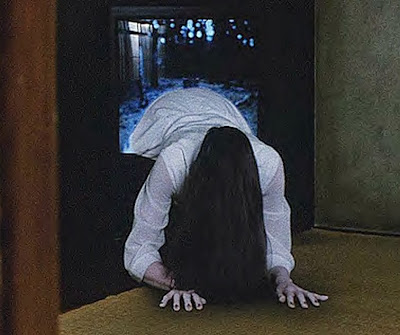 Ringu is up there at the top when it comes to the scariest movies ever made. It has a great atmosphere, a chilling story, great performances and to top it off.. not one drop of blood! That takes some doing. If you have seen this before, re watch it! If you haven't, then add this one to your Halloween movie playlist. This one especially freaks out women which is always a great thing. The movie spawned an awesome sequel which will be covered here at some point and it is a must if you enjoy this movie. Unfortunately Hollywood cashed in and made a remake for all those thick cunts who can't read subtitles and like watching shit horror films to enjoy. Fuck that version off at all costs.. and it's shitty Hollywood sequel for that matter!
Posted by Kris Rodriguez