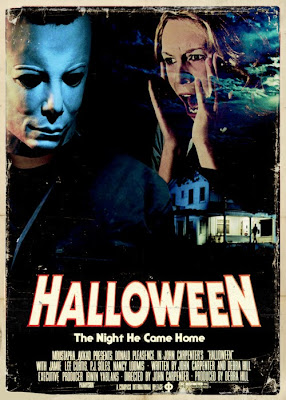 Well the day is finally upon us and today I review the movie that many of you have requested over the past few years.

The 1978 John Carpenter classic is as powerful 35 years on as it was back then. I am sure tonight millions and millions around the world will be dusting this off and giving it a watch.

I first saw this movie when I was 12 and it had a very profound effect on me. Although I found the whole thing a bit terrifying there was also a very generous feeling of awesomeness as well.

So the movie starts out 10 years before and we see a young Michael Myers butcher his sister in cold blood with a carving knife on Halloween night.

Myers is sent to a mental institute where he is locked up for life. A decade later a few days before Halloween Myers escapes from the hospital and heads home to cause more carnage. 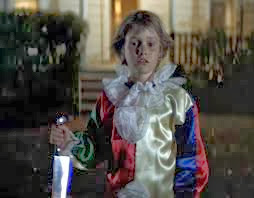 Halloween is the ultimate archetype when it comes to slasher movies. Its a movie about an escaped mental patient who goes on the rampage killing teenage babysitters on the scariest night of the year. This movie was a forerunner when it came to "bad stuff happens to bad kids in horror movies" as all the people that die take drugs or have sex just before doing so. 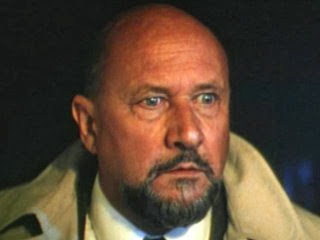 The movie has a very strong cast and is very well performed. With movie veteran Donald Pleasance taking the role of Michael Myers psychiatric doctor and Jamie Lee Curtis (daughter of Pyscho scream queen Janet Leigh) playing the role of the ever gentle Laurie Strode. The on screen relationship between Dr Loomis and Michael Myers is a very comical to say the least. Although Loomis calls Myers a monster throughout the film and tries to kill him, he also has a sentimental bond with the character due to the fact that they have spent many years together. 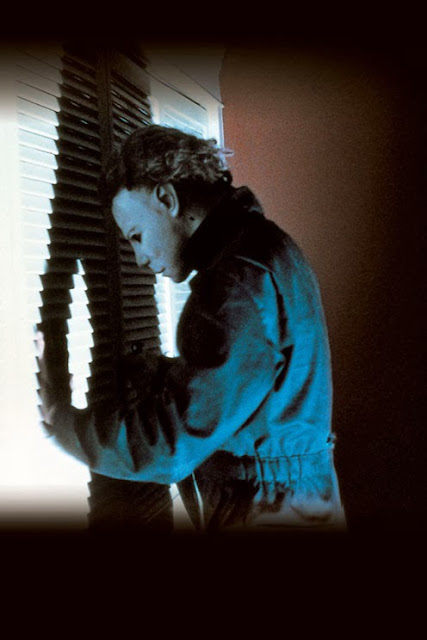 The movie is very violent but not very bloody though. Apart from the first scene where a young Myers butchers his semi naked sister, the rest of the killings are mostly from strangulation's and the odd stabbing to a wall. 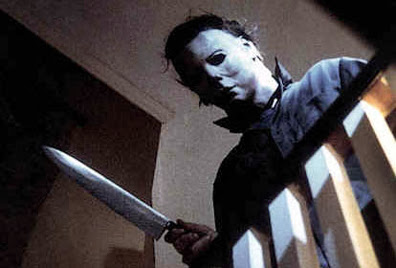 The movie was made with a very low budget for the time and raked in a huge profit as well as great critical acclaim worldwide making it an artistic and financial success. John Carpenter would go on to make many more classic films over the next decade or so but many of the films were a bit hit and miss. 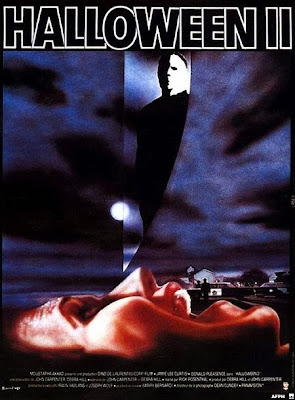 Halloween II picks up right after where the first movie left off. With the same cast and crew as the first film this one really feels like your still watching the first movie.

So the story carries on from the last movie where the seemingly unkillable Michael Myers is still on the loose.

Laurie Strode is taken to the nearby hospital but she is followed by the faceless killer whose motive is revealed in spectacular fashion at the end of this movie.

The plot of this movie is pretty simple, Michael Myers goes to the hospital and hacks his way though it to get to Jamie Lee Curtis. 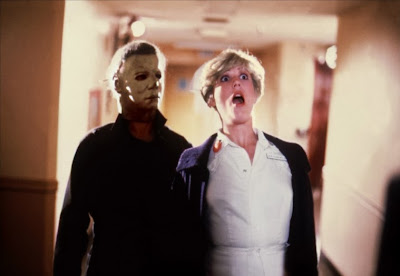 Halloween 2 is a great movie and is a more amped up version of the first movie. Where the first movie wasn't very bloody this movie is a right out ultra violent gore fest. People get scalded to death, eyes gauged out, stabbed slashed and there is a huge body count. 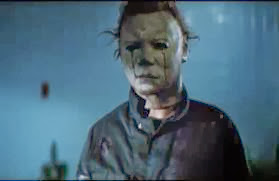 If you are planning to watch the first movie tonight, then I highly recommend putting this movie on straight after just so you can get some closure of the story. This movie made a lot at the box office and was a success all round. This was meant to be the end of the Michael Myers story but after Halloween III: The Season of the Witch bombed so badly without him, Myers would return 6 years later in a string of sequels which should be avoided like the plague. 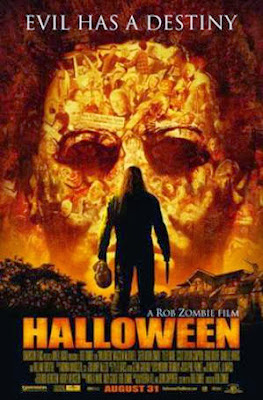 Like all good horror movies from back in the day, Halloween was remade in 2007 and directed by shock rocker Rob Zombie.

The movie plot is the same but a lot more of the story revolves around the childhood and juvenile incarceration of Michael Myers. It turns out that Myers went off his head because of an abusive home life growing up.

Malcolm Mcdowell plays Dr Sam Loomis and does a pretty good job but he's no Donald Pleasance. There are lots of other cameos from other famous horror icons throughout and the casting is pretty badass. 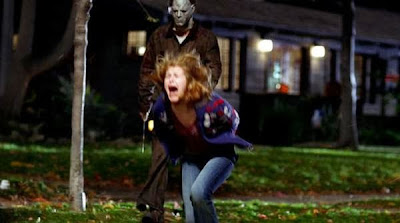 Although this is a pretty decent remake there are many flaws with this one. The main one being Rob Zombie leaving his ultra violent stamp on everything and by that I mean turning Myers into a metal head and putting over his wife at every available opportunity. The are also 2 versions of this movie one which the cinemas released and another which didn't make the cut.

I saw the one that didn't make the cut and I understood why. It's a far more graphic version which has lots of senseless ultra vilent scenes, one of which is a rape scene of a female inmate at the asylum which has nothing to do with anything. 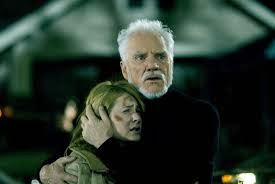 The 2007 remake of Halloween isn't too bad of a movie. Its entertaining, contemporary and has some good scares and thrills but does nothing to surpass the original movie what so ever. 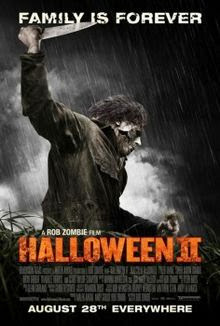 A sequel of the 2007 remake was released in 2009 and from where I was sitting.. sucked major balls. Yeah there were a few cool things in this movie but all of that gets over shadowed with pointless scenes and even more crap just to put over Rob Zombies fucking wife!

They turn Dr Loomis into a fraud and Michael Myers into a hobo. This movie is pure junk and I can't even bring my self to go into the details of the plot. After reading this far into the article and you still don't get what a movie about Michael Myers is about, then.. I actually give up.

I don't do this with many films but all I can say is that this movie is a pure waste of time and should be avoided at all costs, along with Halloween 3, 4, 5, 6 etc. 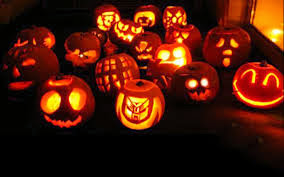 Well that's it for this years Halloween countdown. We hope you've enjoyed the articles and have a very good and Happy Halloween!
Posted by Kris Rodriguez