CHRISTMAS COUNTDOWN 2013: TOYS: THE TOYS AND GAMES OF HOME ALONE 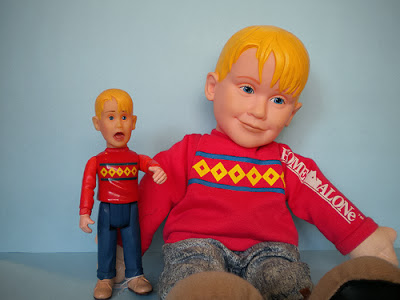 For me Home Alone is the ultimate Christmas movie. Its a movie that brings back very fond memories of my childhood and the festive season it self. You can watch Home Alone in the Summer, but it feels a bit weird, and it's not really the done thing. This is a movie about Christmas that should only be watched at Christmas. Kinda like Die Hard and Miracle on 34th Street.

With the success of the movie going through the roof in the early 1990's it was no surprise when toys and video games of the movie started to emerge. Today we take a look back at these classic but forgotten items from the ultimate Christmas blockbuster. 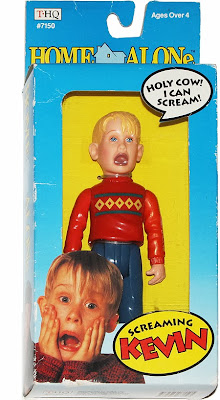 THE SCREAMING 8" KEVIN DOLL FROM T-HQ

The screaming Kevin doll is something I have talked about on the site before and he even makes an appearance in the Bootleg Super Street Wars from this summer (click here to read).

This was one of my Christmas presents that was high up in my Christmas list in 1992 and I was over joyed when I got him. The only problem with this doll is the fact he was bigger than any other action figure that was released around that time.

The Screaming Kevin doll looked ridiculous among other action figures with the way he was a young child who dwarfed everyone. Another draw back with this toy was the fact he had no enemies to battle against. He was just the giant child toy that didn't fit in anywhere.

The figure it self is still pretty cool and has an electronic button at the back which activates a screaming sound. The screaming sound does not sound like Kevin one bit and sounds more like a woman being murdered. It's quite freaky. Sometimes my one malfunctions and screams on its own accord which is fucking scary.

The Home Alone toys were made by T-HQ who are now the famous video game company which brings us games such as the Saints Row Series and up until recently the WWE franchised games.

T-HQ stands for the Toy Head Quarters. Just a little fact there, not a very interesting one but a fact none the less. You can now feel free to tell other people this fact but I'm sure they wont care that much. 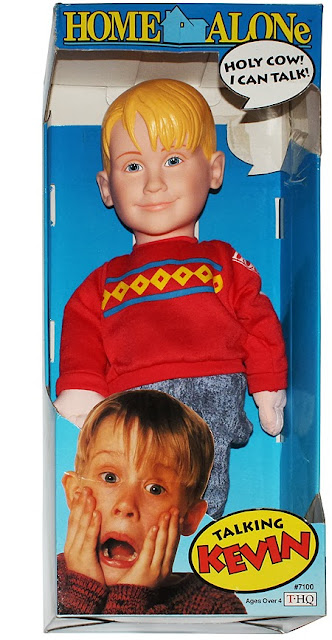 A giant version of the toy was released, which was a soft toy with a rubber head. This toy has the same apparel as the screaming Kevin doll and also has a horrific screaming sound effect and also says a few phrases. This toy has a good likeness and has a different head mold which isn't of Kevin screaming. 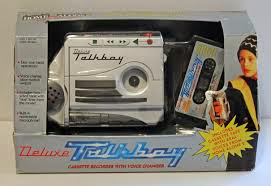 The Deluxe Talkboy tape recorder was a pretty snazzy gadget back in the Christmas of 1992. Don't you remember the Talkboy from the movie? 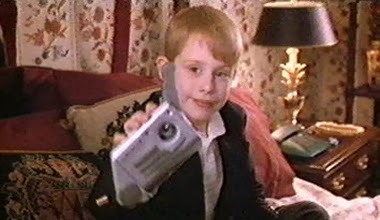 In Home Alone 2, Kevin causes all kinds of mischief and chaos with this special audio recording device. With this device he manages to play some pranks on adults in the shower and commit credit card fraud in a swanky New York hotel. 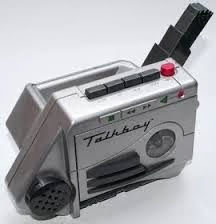 As an 8 year old child putting one of these down on your Christmas list, you had pretty high hopes. Prank phone calls, credit card fraud and managing to record an adult confess to something they shouldn't without them knowing. The problem with this is the fact adults don't like being recorded much.. especially at Christmas.. when they are drunk. Most Talkboys were confiscated by Boxing day and adults would never buy you replacement batteries for such an intrusive and annoying device. Great in the movie but no good in real life.

Saying that I did keep mine and use it as a Walkman up until 1996 until it died. 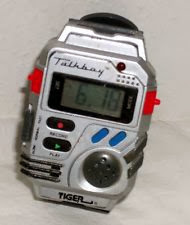 A Talkboy digital watch was also released which was a much more stealthier gadget which was much more convenient when trying to get a decent scoop on an adults conversation.

The only problem is, most adults stop their conversations when children enter the room. The children are normally told to go play in the other room or to "fuck off" depending who's house you're round! The watches were made by TIGER, that horrible company which made all them god awful hand held, LCD games back in the day. There was a Home Alone TIGER game made as well but I burped a bit vomit thinking about it.


THE HOME ALONE BOARD GAME 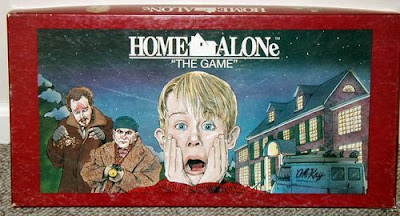 Licensed board games were still surviving (barely) in 1992 so the fact they released a Home Alone board game wasn't much of a big surprise. 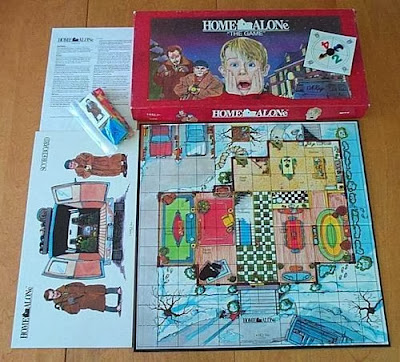 The game involved going round the board setting traps on the burglars. The burglars had to steal house items in order to score points against Kevin. Its not a bad concept but I cant see Hungry Hippos or Scrabble losing any sleep over it. 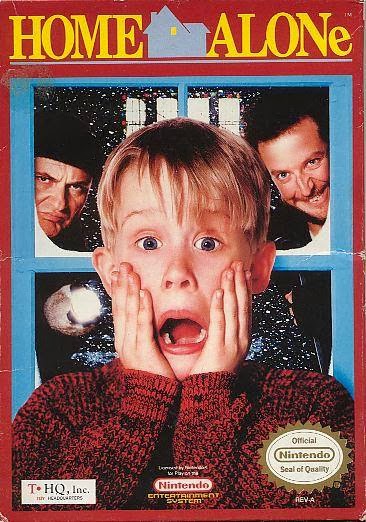 T-HQ went on to make video games of both the movies on all the consoles at the time. Each game was a complete pile of dogshit and barely playable. T-HQ also made the god awful Waynes World video game which is one of the most confusing and rubbish video games ever made. Playing that for 10 minutes is my idea of hell.

Each game was pretty much the same- set traps and stop the wet bandits from getting you and burgling your house. The games did not work well at all with bad sound effects, rubbish structure and hellish controls. Home Alone, like many other great movies flopped hard in the world of cartridges and controllers.

After Home Alone 2 it all went quiet until they made other Home Alone movies with another child actor some years later which were really bad. Home Alone and Home Alone 2 will always be up there as the greatest Christmas movies of all time.The toys were cool, the games sucked and that's all I have to say on that one.
Posted by Kris Rodriguez