TOYS: K-ROD'S AMAZING STICKER BOOKS FROM BACK IN THE DAY 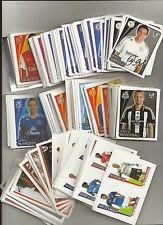 Anyone who went to a primary school in the UK knows that stickers are the currency. Well they were when I was a kid (which was a lifetime ago) and I am sure not much has changed. Like cigarettes are the currency in jail, stickers play the same role in the school play ground. I remember once spending 3 shiny on stickers just to buy 1 shiny once in 1995.

Many tough life lessons were learned from collecting stickers and sticker books. Some kids were generous with their doubles and others were damn right ruthless. I remember me and a friend robbing another kids locker which we knew had stickers in. Its amazing what lengths kids would go to in order to obtain stupid bits of sticky paper with a footballers head on it. Morals, values and other things we were taught as kids, went out of the window when it came to obtaining the stickers we needed to complete our beloved albums.

I remember rich kids parents buying entire boxes of stickers from the local shops which would fuck over the whole playground economy in the process. Its amazing to think the amount of money we spent and the money still being spent on stickers even to this day.

Today I am going to take a look back at some of the most memorable sticker albums I ever owned. 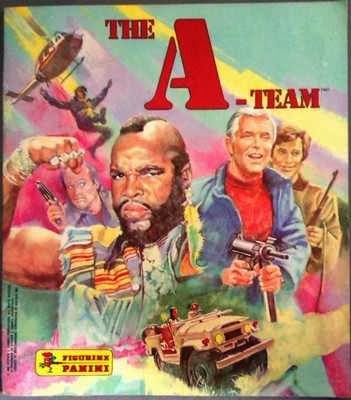 When I got this sticker album it was a few years after the show had made an impact and I got this sticker book in a shop in Malta when I was very young. Malta is an island located in the middle of the Mediterranean sea and has always been a haven for bootleg toys and stuff that's a year or so behind. Luckily they were still selling stickers at the time over though so I managed to fill a lot of the book, but no where near completed it. 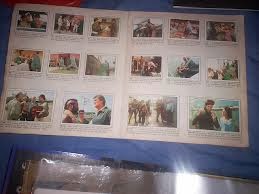 The stickers were all screen shots from the show which told the story of certain episodes by using the pictures with text underneath. I never got to swap any of these stickers at school or anything as no one had this book. This is my first experience when it came to sticker books.


THE MASTERS OF THE UNIVERSE TV SHOW AND MOVIE STICKER ALBUMS 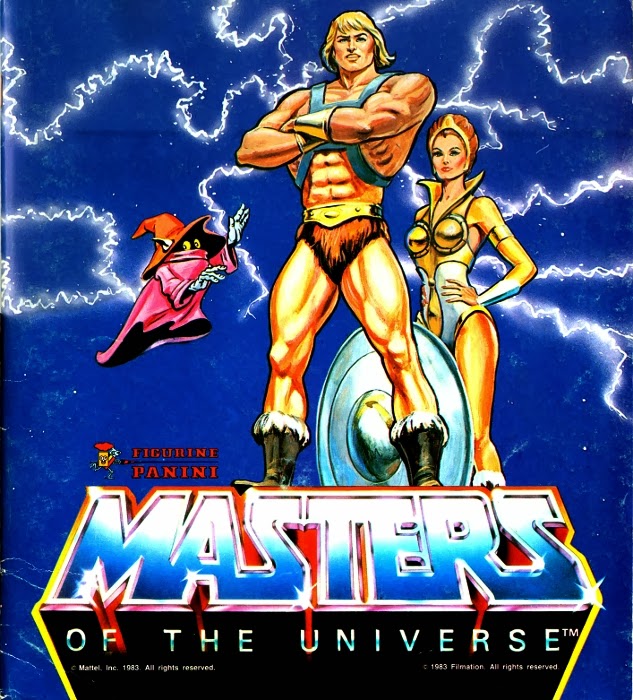 The He Man sticker book was another book I had at a very young age. This was another one which I didn't do any trading with in the playground as I got this one a few years after it was originally released.

There was a local shop that was still selling it and selling the stickers as well. This shop was also still selling WWF LJN figures in 1991. I don't know if the shop even exists now but if it does I am sure its a Co op or a Londis or something. You know the kind of establishment which has gangs of demented chavs hanging around outside terrifying anyone who dares to shop there.

The other company is Merlin a company based in the UK who were taken over by US giants Topps who make comics, magazines, sweets, books and everything you find on the bottom shelf of the news agents. Now that's out of the way lets get back to the stickers. 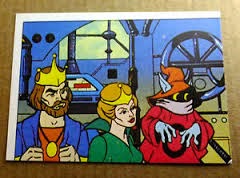 The stickers from this book were mostly of screen shots from the animated show which told the story of certain episodes. Very much like the A-Team book I showed you earlier. 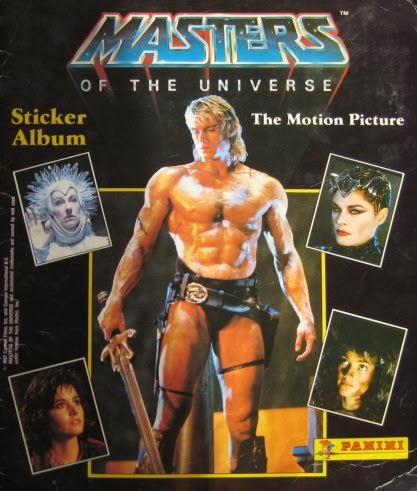 The Masters of the Universe movie book was a book I treasured very much. Even though as a young kid I knew deep down that the live action movie was pure horse shit, I still liked it. I think it's because I was such a die hard He Man fan I tried my best to get along with it.

This book wasn't very big at all and was easy to fill up although I never completed it, I did have most of the stickers from it. 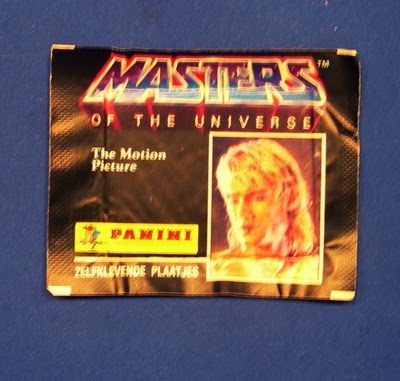 This book was my pride and joy and I took it everywhere with me. I ended up taking it to a wedding with me and there were loads of kids there and I ended up having a fight with them all and my sticker book was ripped in the process. It still pisses me off to this day where I have dreams where I am covered in their blood while holding the book intact above my head. 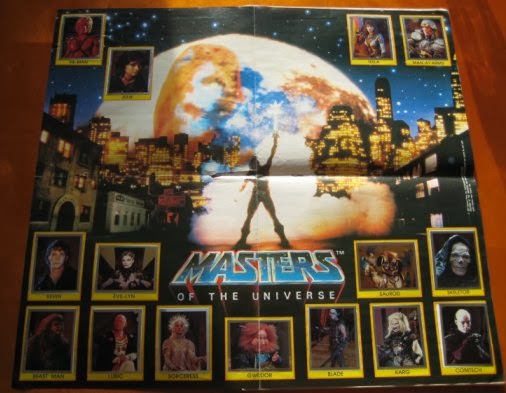 Above is a picture of the pull out poster which is complete with stickers. 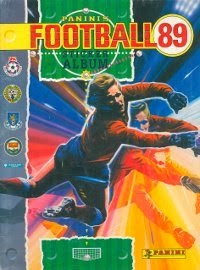 The Panini Football 89 sticker album was the first album I traded the stickers at school with. Being only 5 at the time I got ripped to shreds on the playground and ended up getting hustled out of my stickers by the older kids. If I remember rightly my mum made my sisters who were at another school to trade doubles for me as I was absolutely clueless.

I can't moan about the situation as when I was 11 I hustled a 5 year old kid out of all his stickers and some of  his packed lunch as well if my memory serves me well. Its a dog eat dog world I guess, and I will eat your fucking dog! That's the attitude you end up having after years of trading stickers with other kids.

The book focused on all the divisions of British football at the time and even had the Scottish League in there as well. The book had lots of awesome shiny stickers of players in mid kick motion as well as team stats and low downs on each individual player.

Sticker books like these have been around since the 60's (and were made by the same company) and are great way for kids to learn about football players and trivia about the teams. 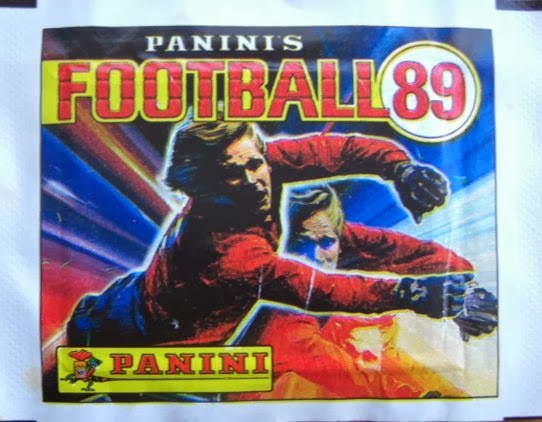 Of course with the soaring popularity in the late 80's and early 90's, the WWF had shit loads of sticker albums out.

Being a bit older and more sticker savvy, I really enjoyed filling up these books and only had a few missing of each. The one on the left was a great book which featured all the happenings of the WWF circa 1990.  I personally think 1991 was the best year in terms of the guys they had on the roster when you take into account this was a company which had Hulk Hogan, Ultimate Warrior, Randy Savage, Ric Flair, Jake Roberts, the Undertaker, Ricky Steamboat, Mr Perfect, Bret Hart, Ted Dibease, Roddy Piper, LOD, the Rockers and so many more legends all under the same roof at the same time. It was an awesome time to be a wrestling fan.

A series 2 book was released in the UK at the beginning of 1992. This is one I remember more of and remember it was a giant of a sticker book to fill up. God knows how much my mother spent helping me fill this bad boy up, and before you ask the answer is no.. I didn't complete this either. 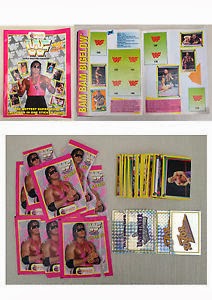 Although the popularity of the WWF started to wind down in 1993, the sticker book was still hot and had some awesome stickers in the collection. In this series the book was more colorful with the addition of new cool superstar logos on shiny stickers. I never completed this but me and few friends were still trading doubles in 1997 a few years later. 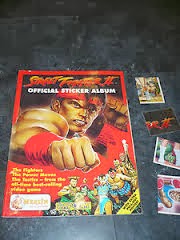 The Street Fighter 2 sticker book from Merlin was just plain awesome. The book gave us more insight into the characters of the game and their back stories. This book also contained stickers of exclusive art works and illustrations of the game.

Lots of the stickers were of screen shots of the game which looked well pixelated, but no one cared because it was fucking Street Fighter II the best game in the world at the time.

The only down side with this one was the fact not many kids had the book so it made things 10 times harder when trying to complete this bad boy. 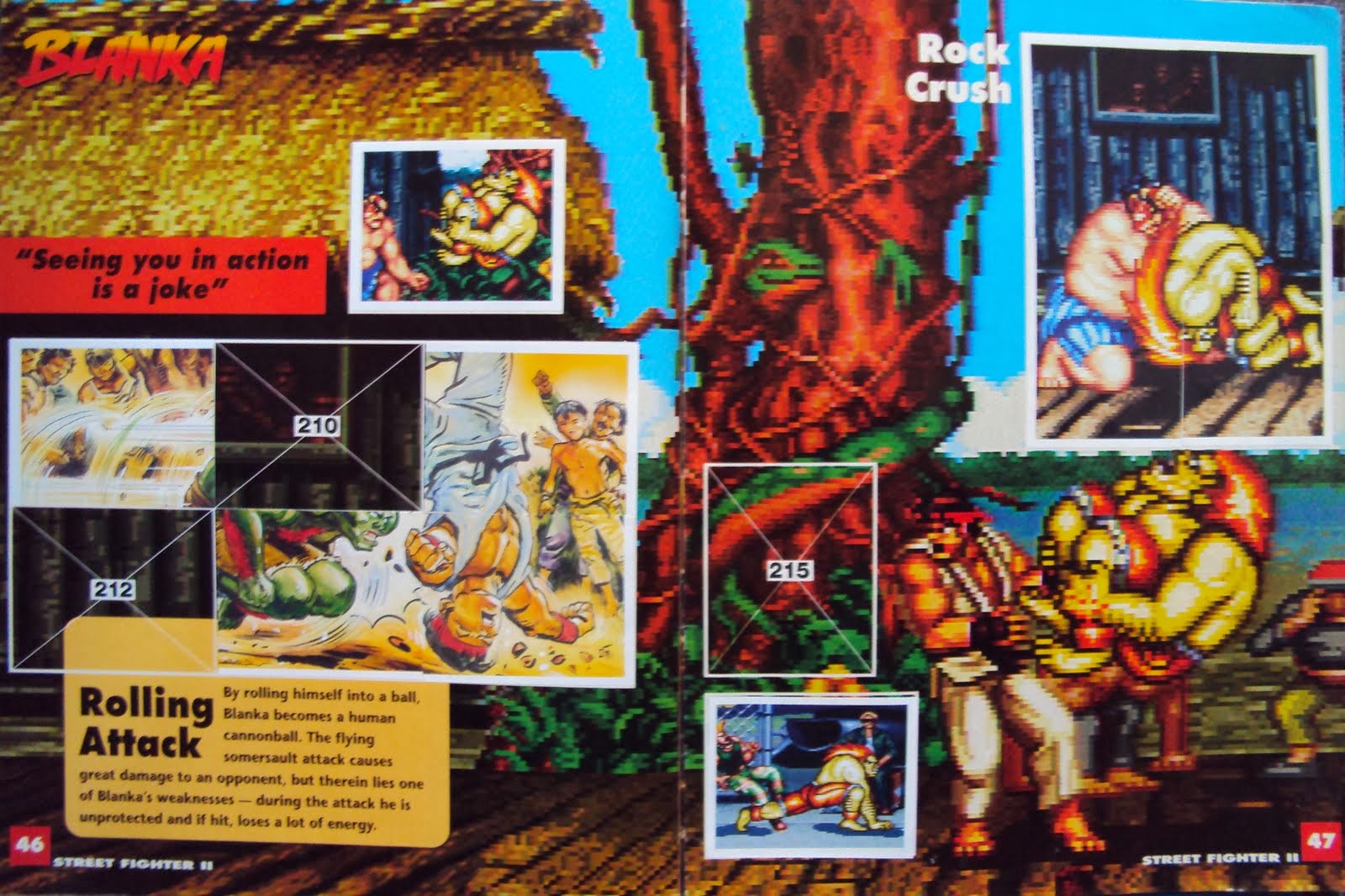 My book was hardly finished due to the fact the stickers were so hard to come by at the time. Still awesome sticker book. 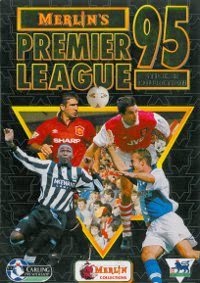 For me this book is the ultimate when it came to sticker books. 1995 was a great year in football and there were some awesome characters both on and off the pitch. It was the year Alan Shearer smashed his way through the Premiership taking his team Blackburn Rovers to the trophy. It was also the year when Eric Cantona fly kicked a Crystal Palace fan in the face.

For me this sticker book was the most competitive of all sticker books when it came to completing it. The 11 year old version of me did some things I am not proud of in order to obtain certain stickers. This was were I robbed a fat kids locker who had a pile of over a hundred doubles and split them with a friend who kept watch. It was a very high pressure environment and about 5 of us were one sticker away from doing it.

That one elusive sticker was Justin Edinburgh the dippy Spurs player with the middle parting. 5 of us all needed this sticker and we even had the school care taker in on it as well. He was a nice old boy who would let us swap stickers in the caretakers office without him being there as there was a ban on stickers after the robbery. We had to pay him with stickers of course before hand. Nothing noncey either like the teachers from my next school which made us shower after table tennis and run round in the rain in our pants! Our primary school caretaker was a good old bloke who got roped into our football sticker syndicate.

It was a very high pressure environment just like the actual Premier League itself, we all wanted to be top dog and complete the album first. I got word just before the last day of the season that some absolute cunt of a kid that none of us liked got Justin Edinbrough and the race was over. I still resent this kid to this day for it and I wont give him the satisfaction of mentioning his name either. After this heartache I never collected a sticker book again.. apart from the WWF Smackdown one from 2000 but everyone completed that so it didn't matter as much. Plus I was 16 at the time and should have been spending more money on things like hash and Benson and Hedges 10 boxes.

The Premier League 95 book had shiny stickers, team photos and all the usual stickers you'd get in a football sticker book. The main gimmick which stood out the most, was that this book had special 3d stickers. These could be viewed with special 3d glasses that came with the book. Well I hope you enjoyed taking a look back at these sticker books. All I have learnt from sticker books is that they are mostly a waste of money but you can learn some very hard life lessons at a young age if you get involved.