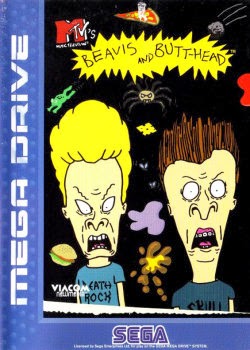 When you mix one of your favorite TV shows and a video game together it can only end well right? Unfortunately not, as most licensed video games are absolute crap and this one is no different.

The problem with these games was the fact you just didn't know (and how could you know) that games like this would turn out to be a waste of money and a massive disappointment all round.

My first experience with this game happened when I stayed round a friends house when I was 11 who rented the game from Vidbiz. Upon choosing the game we took into consideration the fact that the coolest cartoon show at the time had made its way to the Sega Megadrive and it was a 2 player game to top it off. There was no way this could go wrong. 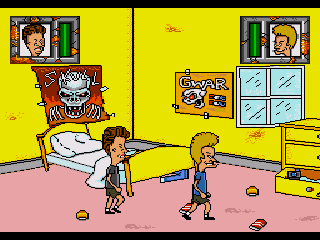 The opening scenes are cool and resemble the show quite well and there's a cut scene when you start about the guys getting tickets to see the real life shock rockers GWAR. The tickets get eaten by a dog who then regurgitates them and then they cut chopped to pieces by a sit on lawn mower. The idea of the game is to collect all the ticket pieces and put them back together so the boys can attend the show. Although the characters control quite well they are nothing short of useless when in the gaming environment. Everything attacks you from bowling balls, mall cops, rats, skateboards and other characters from the show who take a million hits to die. To begin with you are only armed with burps and farts which do absolutely nothing when trying to combat an enemy. Later on you get a pea shooter and a dart gun which still take a million shots to take down an enemy.

The game lets you go from place to place by navigating through the TV set at the house. There are levels such as the school, the burger restaurant, the mall, the sewer and a few other local places. The idea of the game is to get the ticket fragments by exploring each level collecting special items which need to be used and combined to unlock areas and scenarios where you can get hold of the ticket scraps. 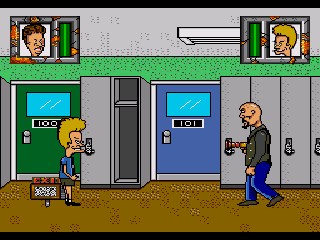 One of the main problems the game has is the fact that you really have no idea what to do with items you collect or even where to go in the first place. Another bummer is the fact that its really not fun to be either Beavis or Butthead as they just take an absolute pounding the whole way through the game from almost everything that moves on the screen. 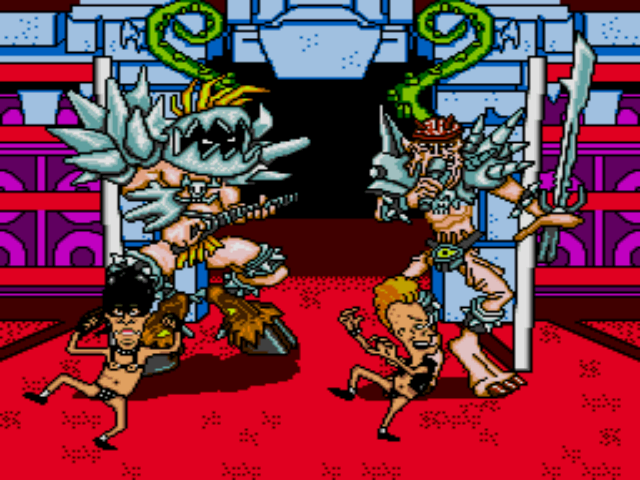 One saving grace that this game has is the cool ending scene in which the boys end up attending the GWAR concert and get involved. They released games on all platforms of this one but I've only ever played the Sega one and after playing that I don't even want to try the others. A really cool point and click PC game came out in the late 90's and another cool point and click game by GT interactive was released in 1999 which is a good laugh also.

So I would only recommend this one if you like putting yourself through a pure gaming hell of confusion and being bullied by everything on the screen.

Avoid this one at all costs.
Posted by Kris Rodriguez