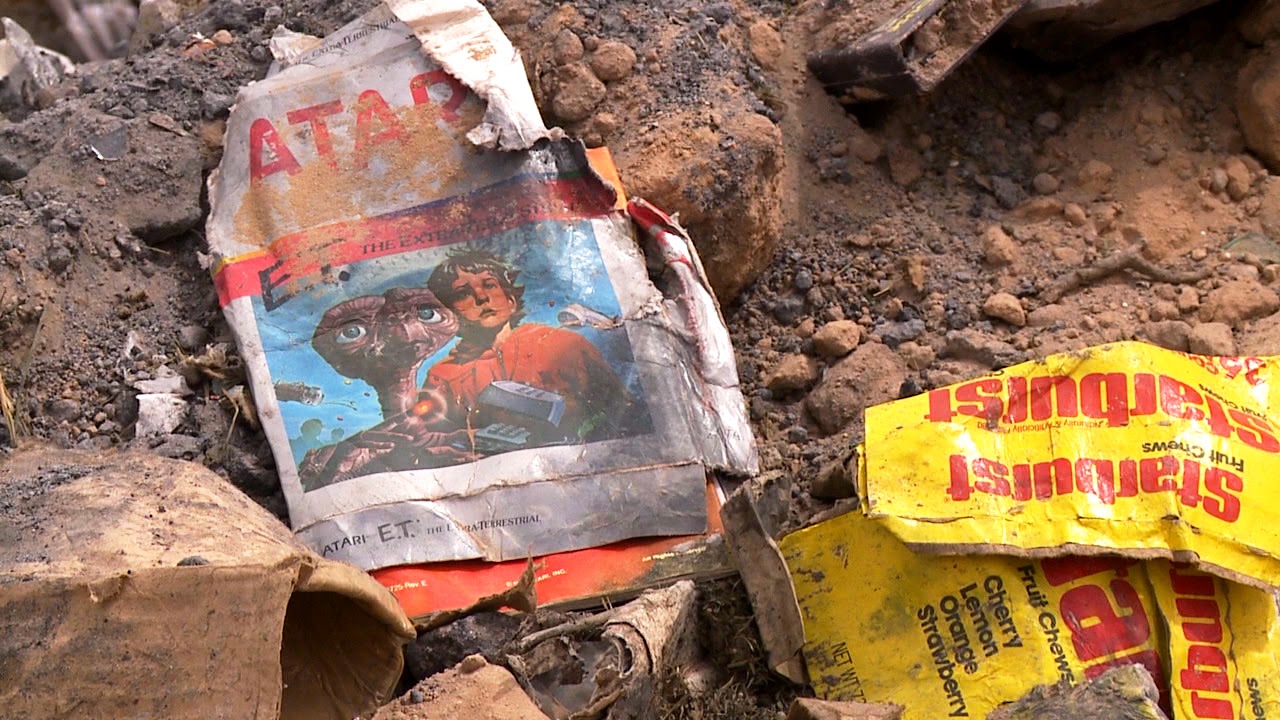 Through the ages video games have emulated almost every aspect of fact and fiction and exploited it to the max. One of the most popular things video games have exploited is the movie genre. Even since the humble beginnings of computer entertainment movies have played a heavy part in the games we play. Sometimes games are made which not only represent the movie well but are also enjoyable video games.

Most of the time the games suck ass and we  are left with a piece of shit worth £40 that no one wants to trade and we end up getting stuck with.

Recently a huge amount of E.T Atari 2600 cartridges were found buried in a landfill in a desert in Mexico. As soon as I read about it and saw the images of the cartridges it all came flooding back, the horrible day when I first played that vile game. So without any delay here are 10 random video games based on the movies. 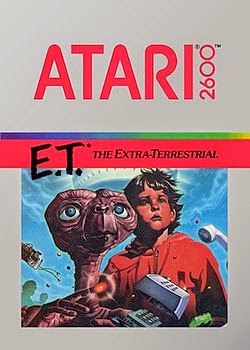 The one thing I did love about Atari 2600 games was the packaging. The box art of each cartridge was absolutely stunning with amazing artwork. When you picked one of these up in a shop back in the day you believed that with box art so great how can the game inside be shit? The sad reality was that almost 95% of these games royally sucked.. like really fucking bad. It was early doors for the gaming industry so I will let it pass, but I really find it hard to get nostalgic about these video games compared to the stuff that Sega and Nintendo brought out a few years later.

E.T maybe the worst video game I have ever played in my life and believe me when I tell you, I have played a lot of shit games in my 30 years on this planet. The screen shot above is the highlight of the game! No really this is the best bit. E.T doesn't look to bad and we get a horrible 2 second rendition of the iconic E.T theme by John Williams. As soon as the game starts it all goes down hill from there. 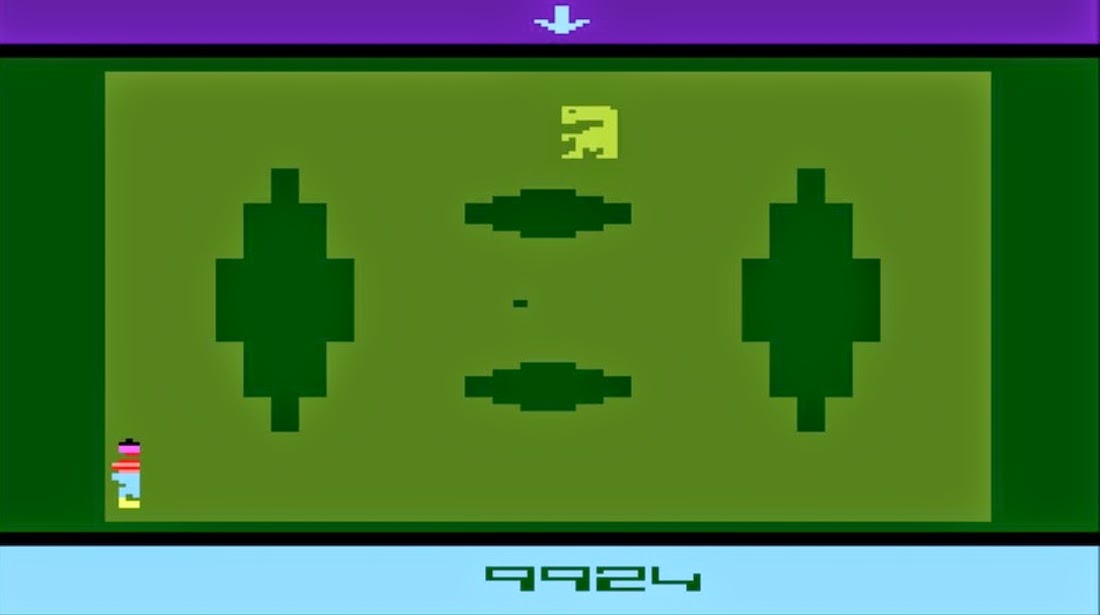 The game is just confusing as hell and the maps look like weird golf courses which have holes you can fall down into. E.T's only power he has is the fact his neck extends and he can levitate back on to the map again. However this ability drains and you end up being stuck in a hole until you reset the console.

The game enemies are men in trench coats who keep putting E.T in jail all the time. The game is fucked up beyond belief and is easily the worst and most confusing video game I have ever played in my life. I can totally understand why 1000's of copies have been found in a Mexican landfill. To be fair they should collect the rest and bury them as well so we can all get on with our lives. 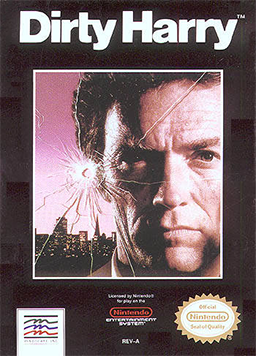 Dirty Harry on the NES is a lesser known title from the 8-bit days. I recently stumbled upon it and seeing as I am a huge fan of the series starring Clint Eastwood I gave it a chance. 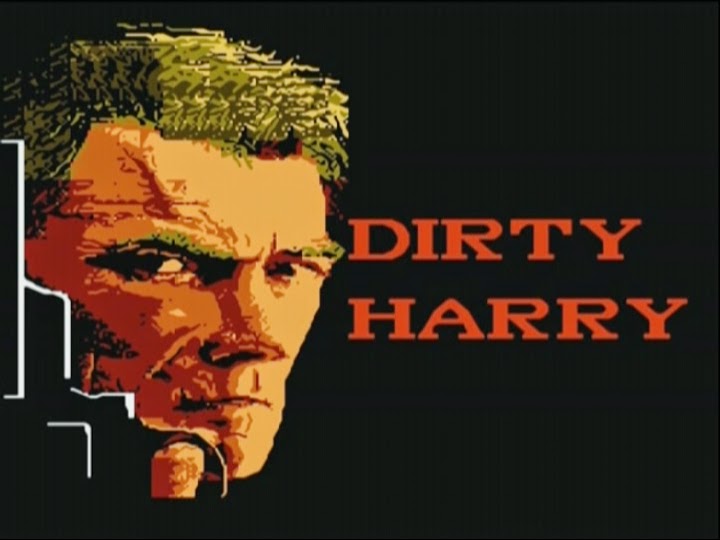 I was pleasantly surprised by this title and the opening title screen is top notch for a game of that time and even has a cool recording Dirty Harry's voice saying the iconic "make my day" at the start. 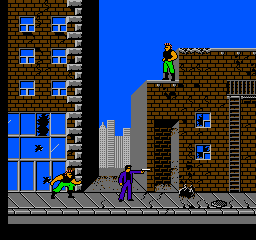 The game is a pretty decent side scroller in which you shoot the bad guys throughout the levels. This game has the same kind of mechanics as the Robocop games from that period. In this game you can climb ladders, enter buildings and all sorts. Its not a bad game at all really considering its a game based on a movie and released on the NES. 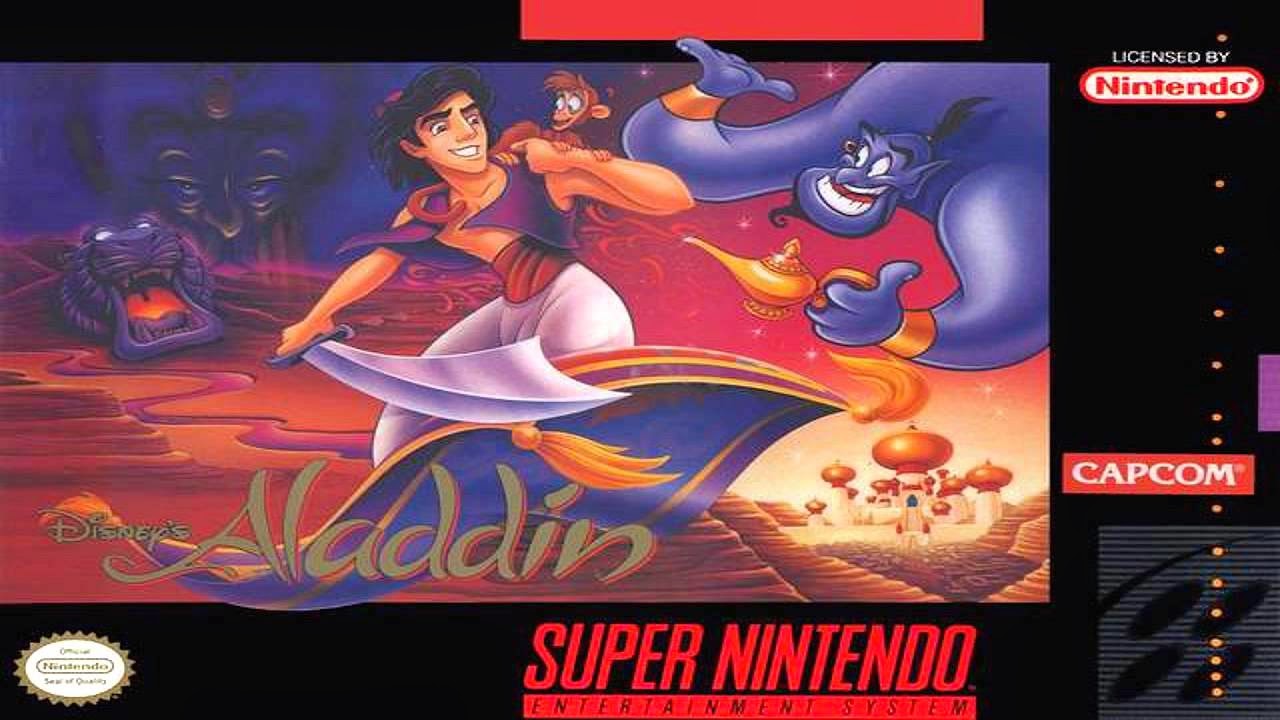 Aladdin on the Super Nintendo still ranks up there to this day as being one of the best movie video games ever made. This was a really fun game with amazing controls and physics which really brought the movie to life in 16 bit form. 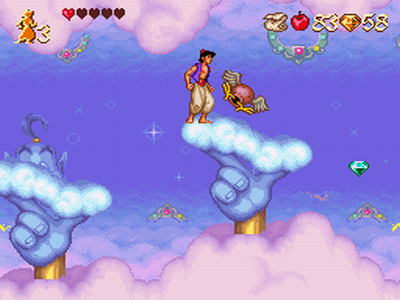 This was one of the first Super Nintendo games I ever played and I still play it to this day. Aladdin is just pure fun from start to finish with some amazing features and enemies. The games final boss is Jafar in his giant snake form which is just so awesome and fun to beat.

Virgin interactive ported a version of Aladdin to the Sega Genesis which had some of the same elements from the SNES Capcom version but falls short compared to the Super Nintendo version. Aladdin has a sword in this version which is very handy but the game feels a lot looser than the SNES Capcom version and the graphics and sound are also not as good. It's still a great game though. 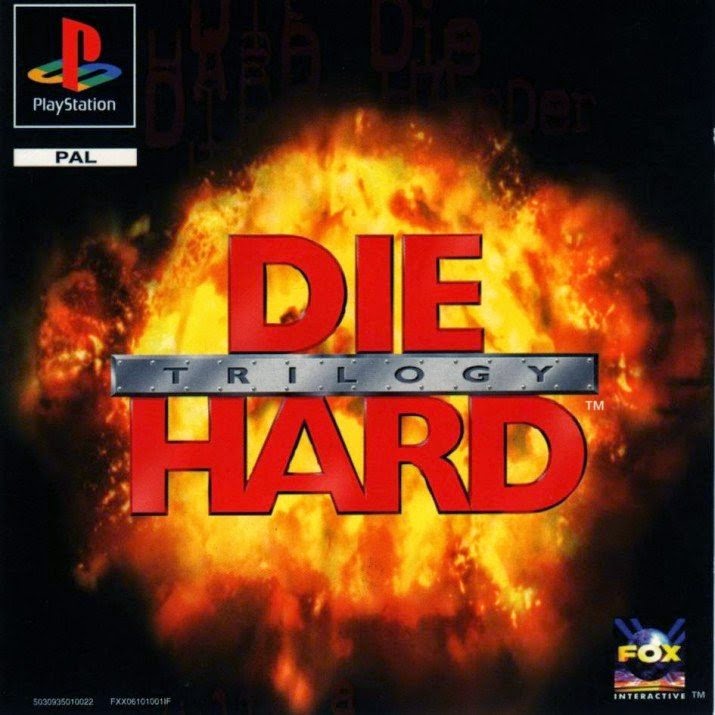 I first played the demo of this game on Christmas day 1996 on a demo disc which came with my Playstation. The demo involved an airport shoot out from Die Hard 2. The great thing about Die Hard Trilogy was the value. Video games have always been expensive but this was 3 awesome games on one disc for the price of one game. Not just any games either 3 games of each Die Hard movie which I must admit (pardon the pun) I am a die hard fan of. 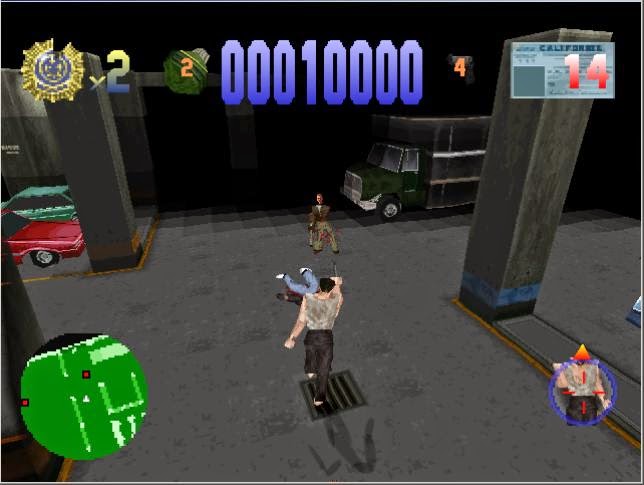 So we have the first Die Hard in which you play as a vest wearing, bare footed John Mclaine as you blow up terrorists and rescue hostages. You must battle your way to the top of Nakatomi tower in 20 or so blood soaked levels full of amazing weapons and destroy-able props. 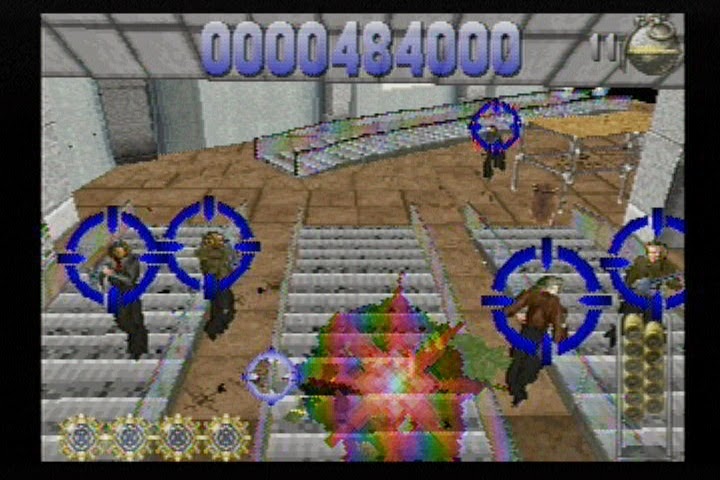 Die Hard 2 is a first person style arcade shooter designed to be played with a light gun device if you have one, but playing this game on the normal Playstation controller is just as fun though. In this game you have to shoot your way through an airport of terrorists and then take to the runway for the climatic battle. This game is fun as hell and I never could complete it back in the day. I fired it up recently and completed it without dying once. 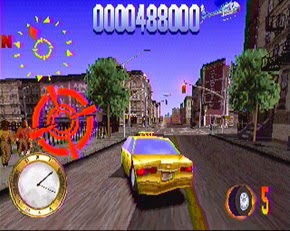 Die Hard 3 (or Die Hard with a vengeance) is a driving game in which you must drive around New York destroying bombs by driving over them. The game has a timer and you must race against the clock destroying all the bombs in time. This game also featured something very controversial for its time that no one really mentions. 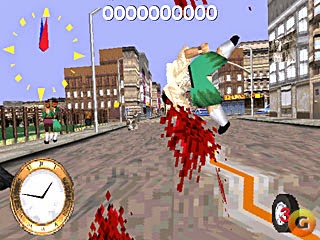 In Die Hard 3 you can run over and kill pedestrians long before GTA and Carmageddon were released. When you do it on first person mode the window wipers clean the blood away as well. This was something I enjoyed very much as a young teenager playing this game. 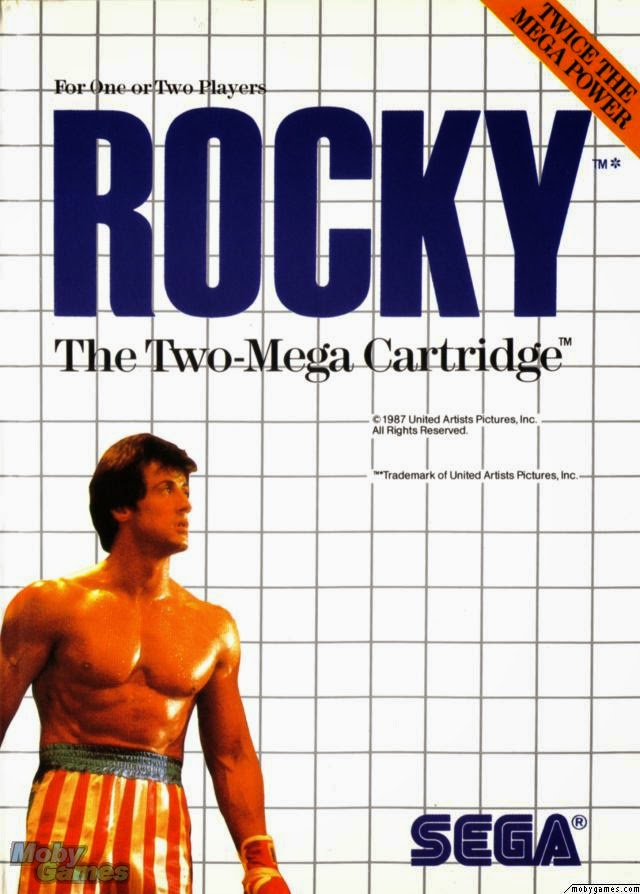 Rocky on the Sega Master System is one of them games which just hasn't really aged well at all. I remember playing this as a kid, really enjoying it and even completing it a few times. 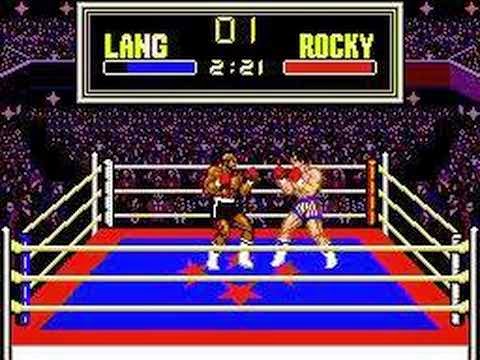 The game features 3 of Rocky's top opponents, Clubber Lang, Apollo Creed and Ivan Drago. The game is essentially a button basher in which there is not much skill involved apart from knowing when to bash the fuck out of the control pad. 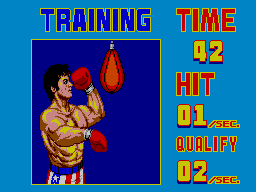 The game also features a few different training modes in between fights which involve.. more button bashing. Even though the game is a poor confusing button bashing mess it does represent the movie and its characters well. 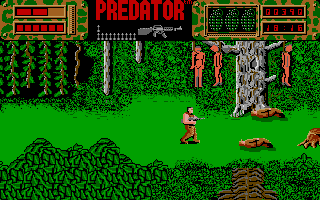 The Atari ST is a video game console no one really members apart from the hardcore gamers from back in the day. The ST was a home computer like the Amiga which played video games on floppy discs. I will be writing about this machine in the future. 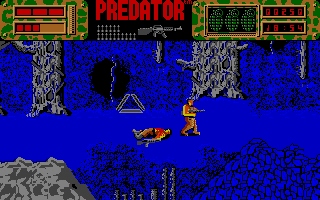 I never got off of the first stage of this game so I cant give it a massive in depth review like the others, but what I can tell you is that this game was fucking cool. It captured the movie and its vibe very well and was very violent for its time. The game is a violent side scroller in which you are being hunted by the alien from the movie. At certain points in the game the screen changes to the Predators thermal vision and you have to escape his target or die. This was a very innovative and clever feature for a game which is as old as this.

SCARFACE THE WORLD IS YOURS NINTENDO WII PLAYSTATION 2 AND XBOX 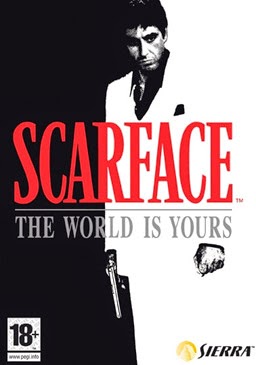 Scarface the World Is Yours by Sierra is a video game which expands from the movie and kind of acts as a sequel to the movie. At the end of Scarface we saw the iconic scene in which Tony Montana is killed in his mansion after doing shit loads of coke and blowing up loads of guys in a gun fight. In the video game Tony Montana survives the incident and has to start over as a small time drug dealer. 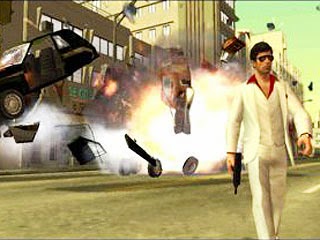 The video game is alot like GTA with its game play style and features. In this game you must take over businesses, deal drugs, run an empire, buy lavish items and kill people in order to get your final revenge and rule Miami again. The game is incredibly fun but its main drawback is the fact it can be ridiculously hard at times especially when trying to escape from the police which is almost impossible. 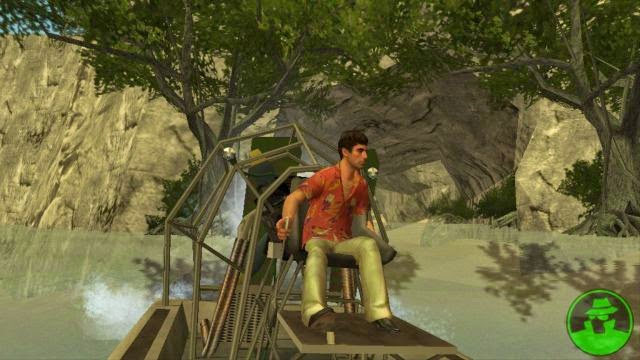 The game has an amazing style which boasts a superb soundtrack and celebrity cameos from Bam Magera, Ricky Gervais and even Lemmy from Motorhead. A very cool video game indeed. 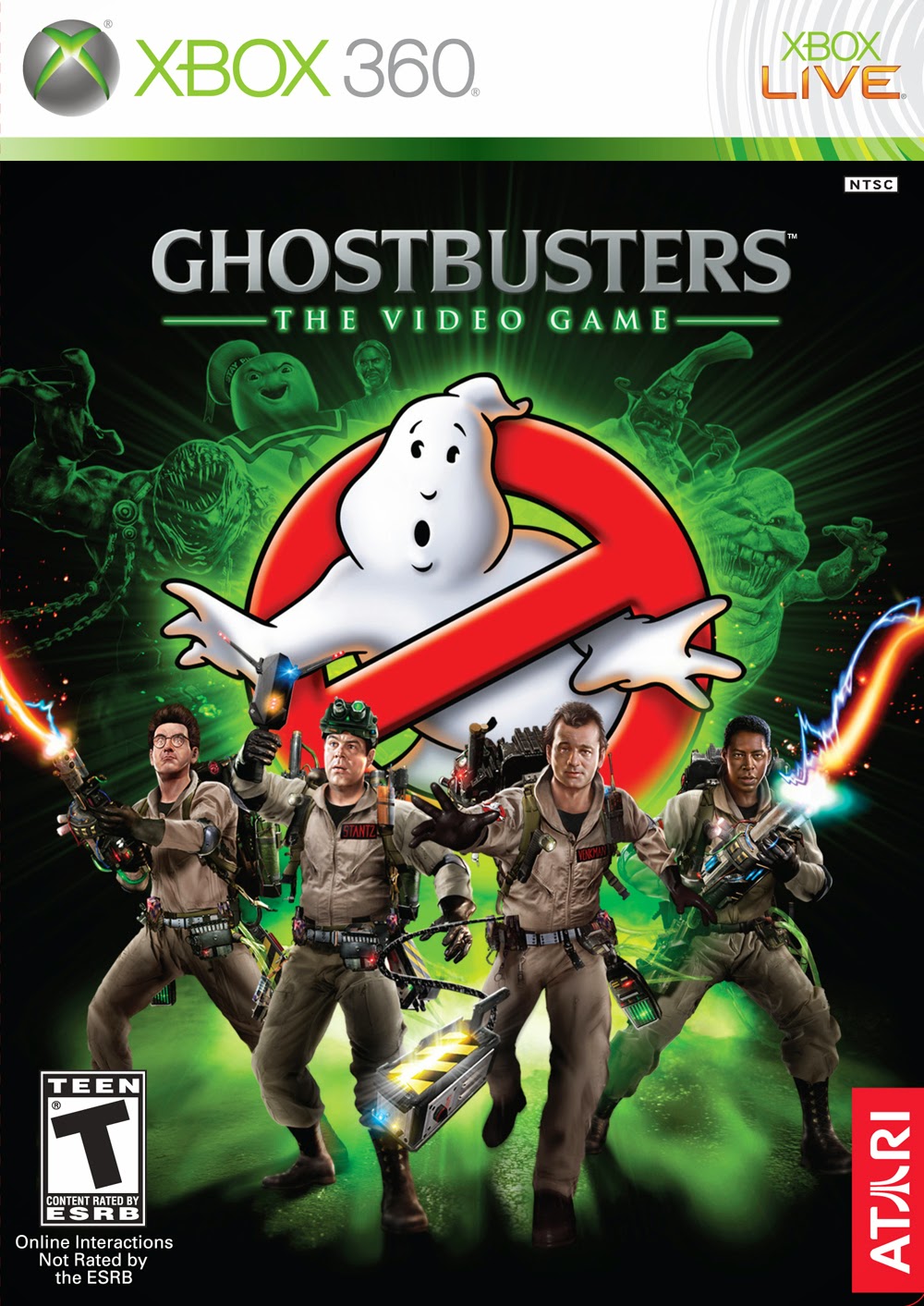 Ghostbusters on the PS3 and XBOX 360 is one of my favorite titles released on both of those consoles. Released in 2009 this game is still really re playable in 2014 which cannot be said for many titles released around that time. 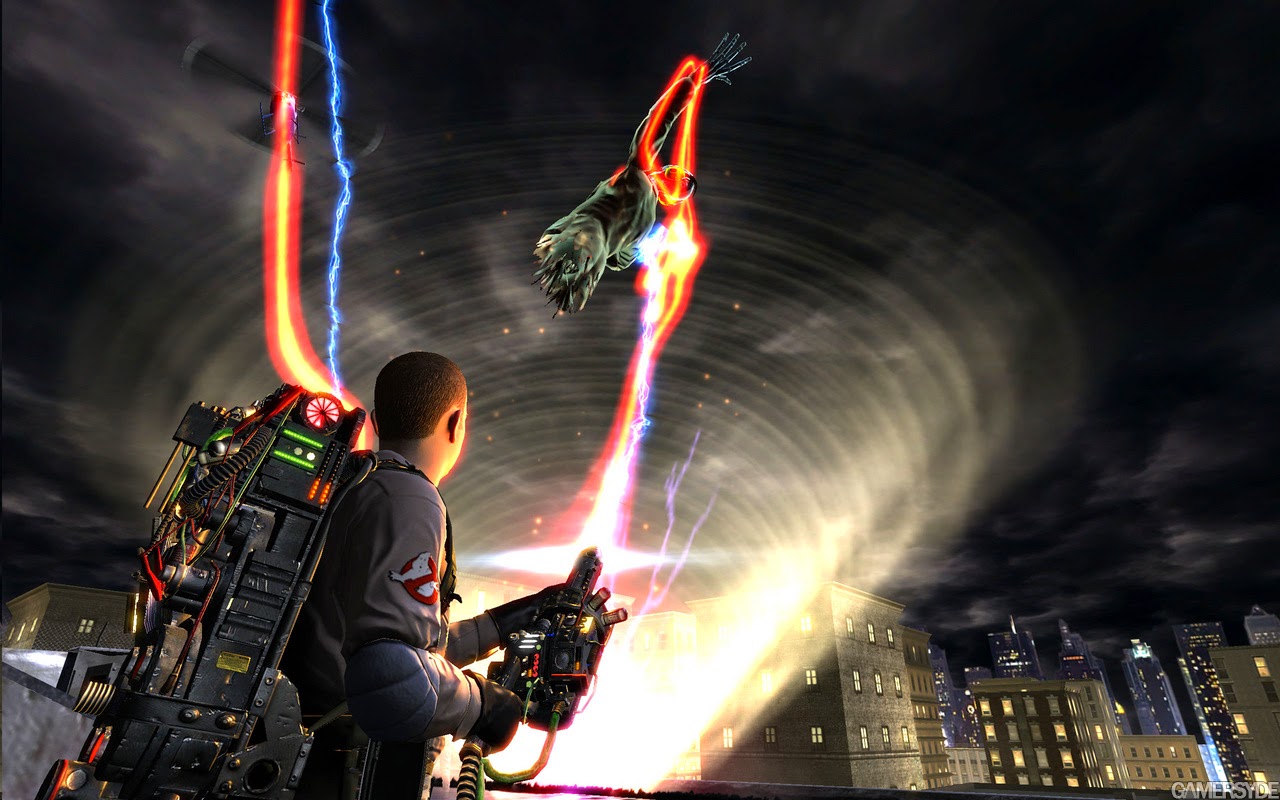 Ghosbusters the video game acts as a sequel to Ghostbusters 2 in a way. It's 1991 and the Ghostbusters have recruited a new recruit (you) to assist them on their adventures. The game frequents many of the environments and ghosts from the first movie. The Ghostbusters are all voiced by their real life actors and represented very well graphically. 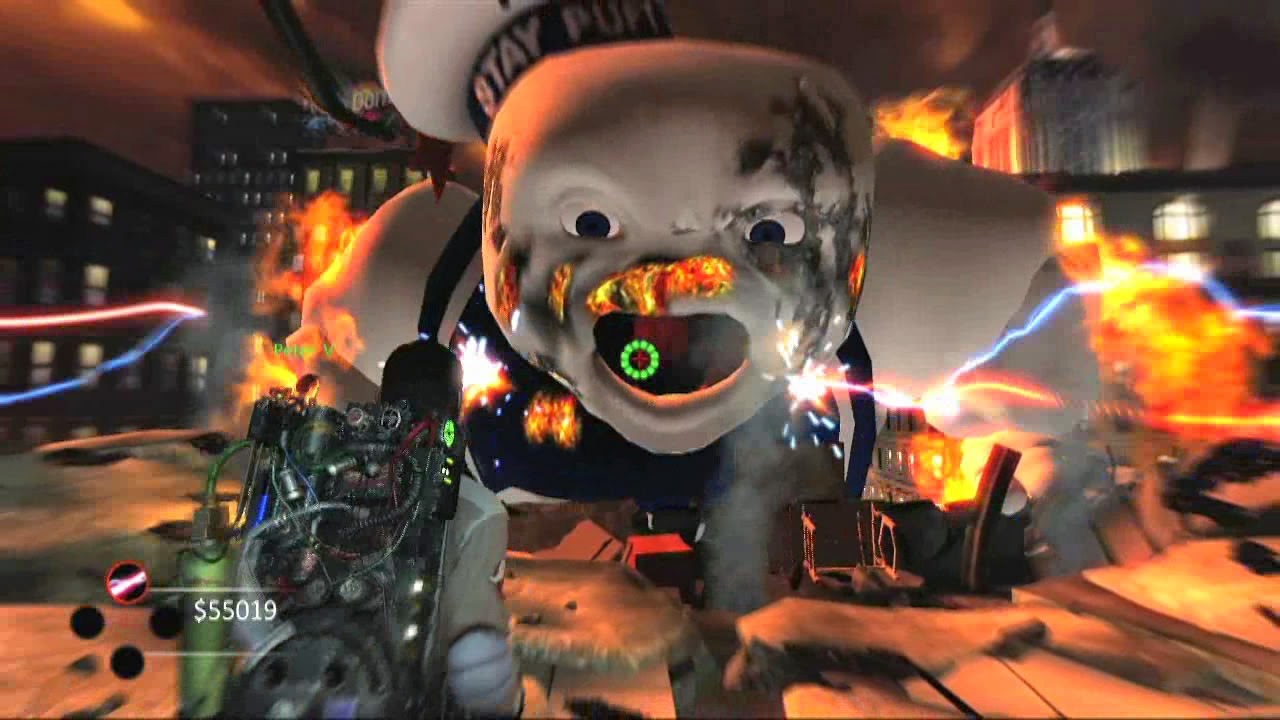 Wether you are a fan of the franchise or not, I think this is a video game anyone can enjoy with it's witty humor and style and the fact there are some very scary bits included also. Ghostbusters maybe one of the XBOX 360 and PS3 titles which will stand the test of time. 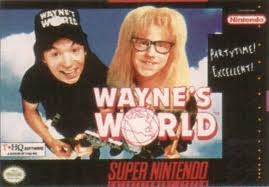 If you are big Waynes World fan like I am and you love Super Nintendo video games.. you are going to fucking hate this one. 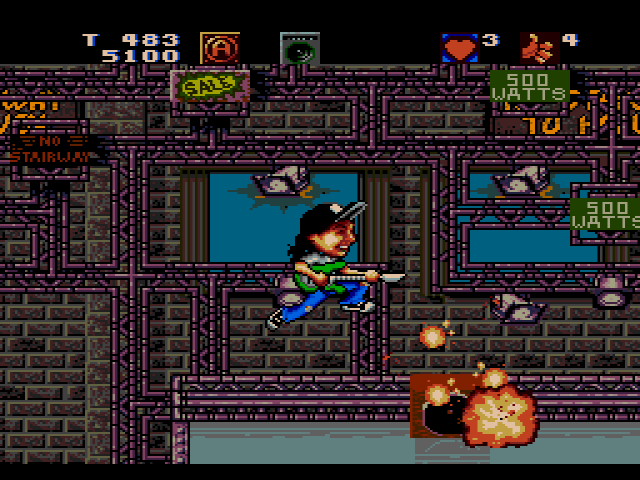 Some video games are rotten to the core and this is one of them! Waynes World is a nonsensical side scrolling platform game which is just a maze dead ends and stupid enemies. You play as Wayne who has a guitar which blows stuff up and you have to fight evil band instruments such as bag pipes and drum symbols. The game is notorious for being one of the worst movie games ever released and one of the worst SNES games period. Avoid this one like the AIDS virus. 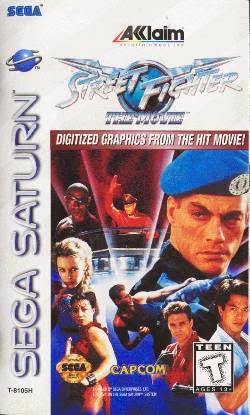 Yeah if you thought this article was ending on a high note, you've got another thing coming. This is just a weird paradox of all kinds of fucked up shit which to this day makes me burp a bit of sick even thinking about. 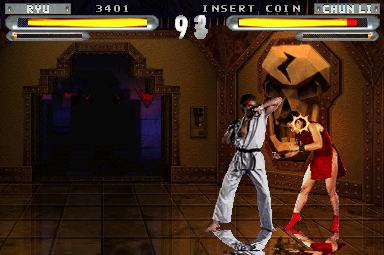 So they made Street Fighter II which maybe the most iconic game of all time next to Super Mario. They made a movie to cash in on the game. The movie was the worst movie in the history of movies (to point where watching Chinese snuff movies would be more pleasant) and then they made a video game of the movie based on the video game. This could only end badly and it fucking did! 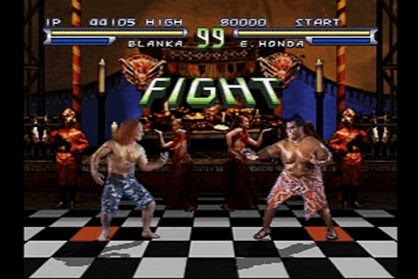