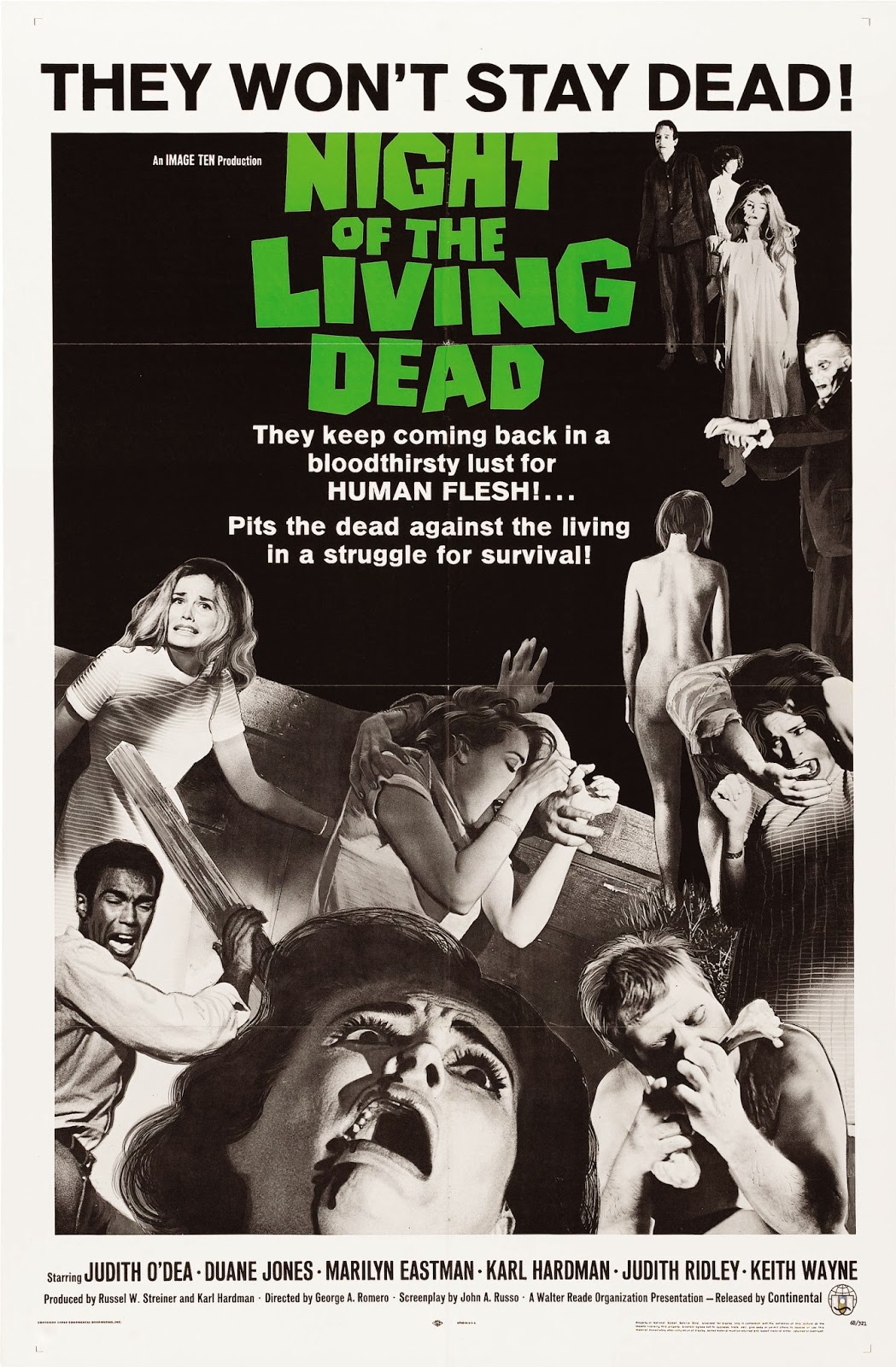 The original Night of the Living Dead movie from 1968 maybe one of if not the most important horror movies of all time. With that said I find it far from the most enjoyable movie of all time.

A few years back I wrote about the 1990 remake (click here to read) and in that article I was bold enough to make the cardinal sin by stating it was a better movie than the original. After just watching the original movie yet again I still stand by that statement.

So the film starts out as two adult siblings arrive at a grave yard to pay their respects to a dead relative when they are attacked by a member of the undead. The man is killed and his sister (Barbara) flees the scene and takes refuge in a local farm house.

Not long after more of the undead start to gain entry to the house to attack the young woman. A car pulls up and a black guy (Ben) gets out and kills the zombies and locks himself in the house with Barbara. They board up the windows and doors and a short while later are surprised to find there are 5 other survivors hiding in the basement of the house. The humans barricade themselves into the house as more and more flesh eating creatures close in. 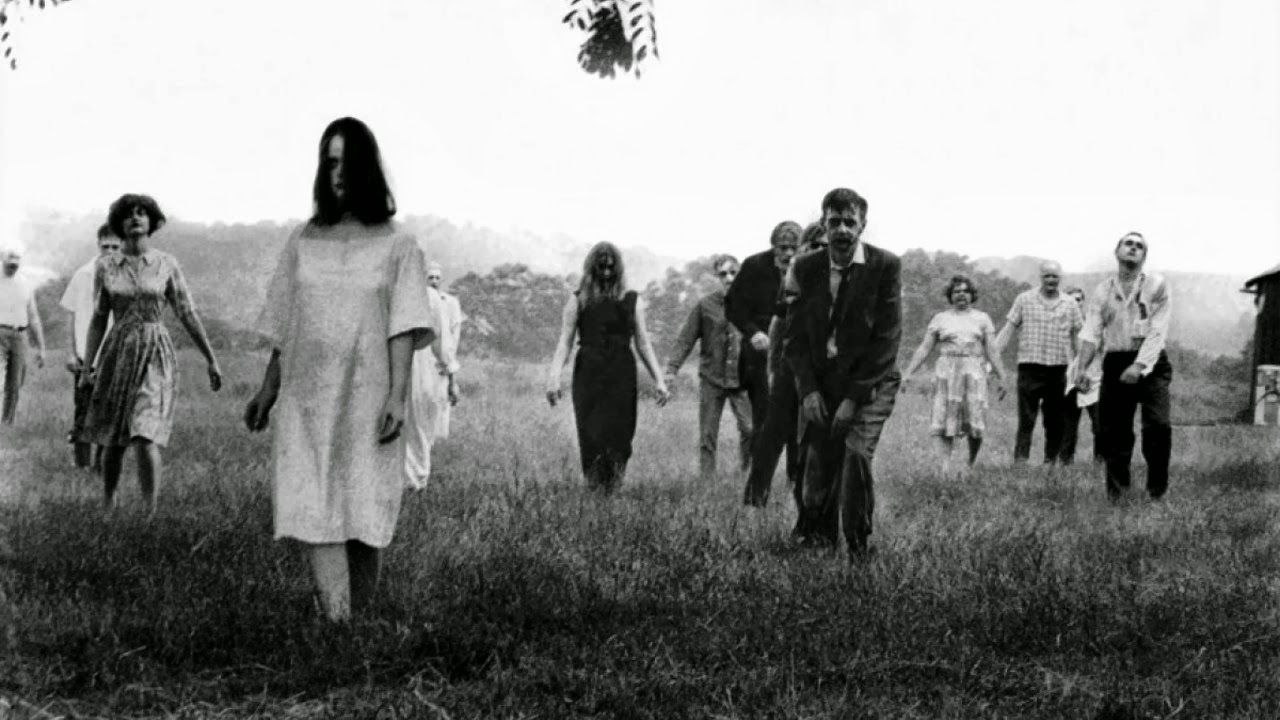 I first saw this movie in 1996 after seeing the rest of the Romero films (including the 1990 remake) and I really wasn't that impressed, and almost 20 years later the movie still hasn't really grown on me. Don't get me wrong, I understand the importance of this movie, I love the story and I even like the characters but the original Night of the Living Dead really seems to lack something when you compare it to the other movies in the series. I don't know if its the fact the movie is filmed in black and white or just the fact it hasn't aged as well as the other movies have but this one really feels to lack something. 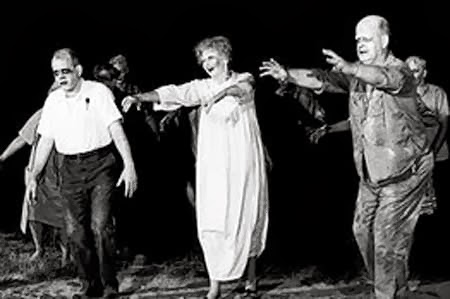 Although this movie gave birth to everything I love about zombie movies it also is more of a chore for me to watch than a pleasure. I think one of the main things that annoys me with this movie is the Barbara character who is just a pathetic mess through out and she is even annoying before the initial zombie attack. It's understandable that after witnessing your brother get killed and the dead return to life before your very eyes, you might be in a bit of an emotional wreck but this woman is one of the most pathetic and annoying characters in horror history. I think this is something Romero picked up on and in the remake Barbara came back as a zombie ass kicker which was a very welcome move. 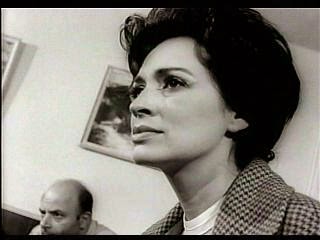 The fact that all the main characters constantly bicker and argue all the time is another reason this movie is not such an enjoyable watch for me. In all these movies there is a power struggle going on between the survivors and an extreme sense of cabin fever, but this movie takes it to a whole new level. Not just that but female characters are portrayed is being non existent and useless characters with nothing good to say or do throughout the film. At times it also feels as if the zombies are non existent as well. This was something that was later corrected in the sequels.

Reading this so far this may sound like a negative review and that I hate the movie but that is not the case at all. I just feel that this is a movie that way over achieved because of the subject matter and the fact it was the first of its kind. I like the fact that a black man was cast as a leading character, I like the levels of violence and gore, I like the plot and I love the fact it only cost $112,000 to make and raked in millions at the box office. The film is culturally and historically significant which will always cement its importance but me, I just find it very dull compared to the rest of the series and not an easy movie to watch in 2014. I am sure that had I been alive in 1968 this would be a much more positive review of the film, but like I said earlier somethings don't age very well and unfortunately this movie is one of them. Sorry but I just enjoy the remake more.. shoot me if you so wish but that's my opinion. 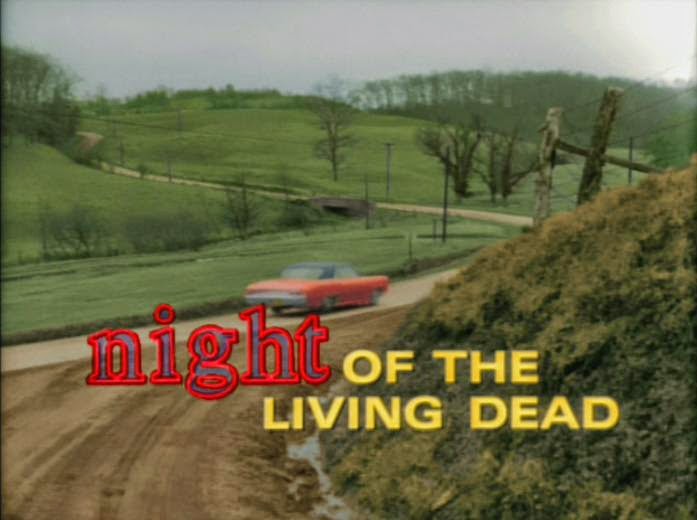 Due to a major fuck up with the copyright Night of the Living Dead is a movie which has been in the public domain for many years. Due to this lots of other parties have cashed in re releasing colour versions, 3d Versions and even a weird audio dubbed version which earns everyone money apart from those who actually made the film. Today I include the original movie at the end of this post for you to make up your own minds.