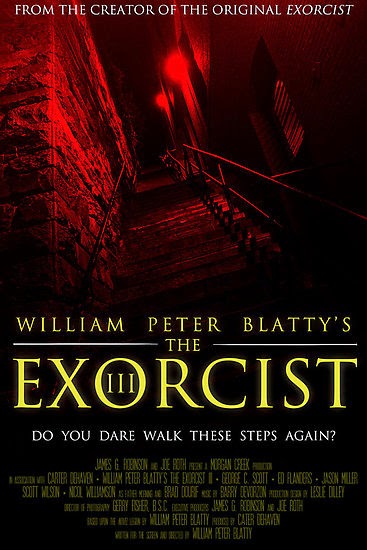 Sorry for the lack of updates during the Halloween countdown this year. I have been very busy working around the clock finishing art projects and clothing products.

So last night I sat down and watched the Exorcist III for the first time in about ten years, and to be honest I was pretty blown away as I forgot how awesome this movie was for a sequel.

The second Exorcist movie was an absolute disaster and had little or nothing to do with the first film. This third movie however acts as a direct sequel to the original Exorcist.

The film is set 15 years after the first movie and is set in the same location. A spree of grizzly murders begin happening in George Town involving decapitations and other acts of a blasphemous nature. The killings very much resemble those of a serial killer known as the Gemini who was executed 15 years before.

A murder investigation leads to the mental ward of a hospital where Father Damian Karras (played by Jason Miller) is locked in a padded cell. Karras was the priest from the first movie who dived from Regan Mcneal's bedroom window after being possessed by the spirit which was inside the child he was trying to Exorcise. Karras survived the fall and is now still possessed by the demon and also the spirit of the Gemini killer. It's now time for one last Exorcism. 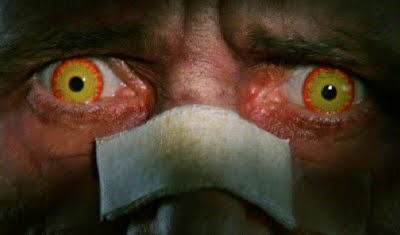 The Exorcist III is a top notch movie sequel and almost a decent movie on its own. I think the main reason for this is due to the fact the movie was written and directed by William Peter Blatty who penned the original Exorcist novel and worked very closely with Bill Friedkin on the first movie. Blatty walked out of a screening of the second movie in disgust. From what I know the production of this movie was a very troubled one and the movie was originally completed without Jason Miller. Miller was brought in after to fill the blanks and appeared in the jailhouse scenes. 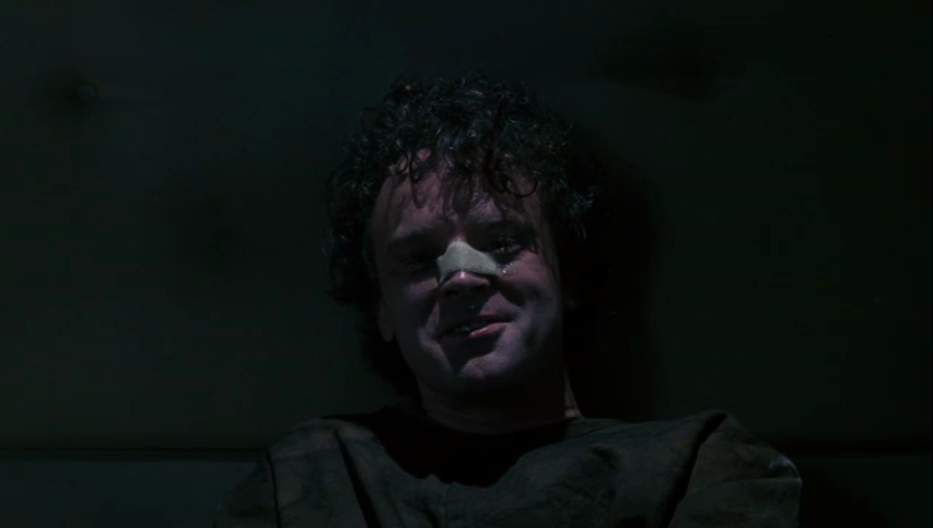 There are some really good performances in this movie by all involved but especially Brad Dourif who was Oscar nominated for his supporting role in One Flew Over the Cuckoos nest and was also the voice of Chucky from the Child's Play franchise. Dourif plays the spirit of the Gemini killer which father Karras turns into while locked in the cell. His performance in this is very much like Heath Ledgers Joker in the Dark Knight. 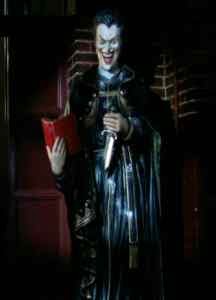 Another spooky thing about the resemblance to Heath Ledgers joker and the Gemini killer is the fact one of the statues in the movie has the jokers head on it. There are lots of other cool little things I spotted in this one including Samuel L Jackson as an extra. 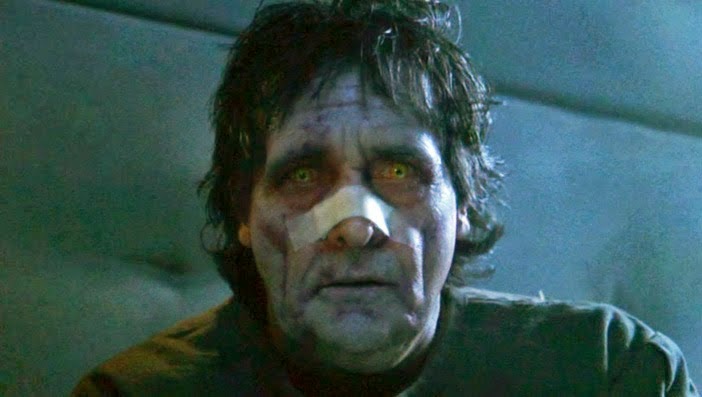 The Exorcist III is not better than the original but it does give us an extra story which carries on from the original and done really well which is what a good sequel is all about. This movie has alot more psychological stuff going on and far less of the shocking scenes the first movie had to offer. This film leaves alot more to the imagination of the viewer but still does have some very gory and shocking parts. The movie has a tremendous atmosphere and some top notch scares which are achieved by perfect atmospheric build ups and music. I could recommend watching this one as a stand alone film without watching the first movie but it works much better if you watch the original movie first. Avoid the second movie and the god awful prequel like the plague!
Posted by Kris Rodriguez