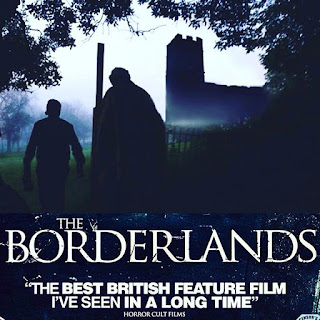 (NOTE: NOT BE CONFUSED WITH THE 2007 MEXICAN CULT MOVIE BORDERLAND)

The Borderlands is a film which I have been recommended to watch for many months now, and I finally got round to it this week. I enjoyed the film so much that I watched it twice which I haven't done with a movie for years. If you are a fan of tales of the paranormal and adventure movies then this one is your front row seat to the ride.

So the movie is another 'found footage' horror but please don't let that put you off as its what makes the movie work so brilliantly. After strange reports about phenomena occurring at a rural British church, a team of investigators are sent in from the Vatican to see if it is a hoax. Armed with all the latest audio and camera gimmicks the team stay in the village for a few days to investigate these claims. What they ultimately find is truly terrifying which leads to a roller coaster finale of good versus evil. 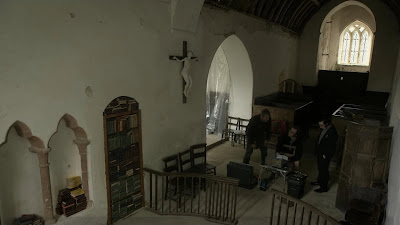 Being a bit of a horror buff I have become immune to scares and shocks, and it takes something truly special to creep me out or even frighten me in the slightest, and this movie done its job. I guess the movie really resonated with me for a few reasons. One being it another found footage movie done well which is one of the most key aspects. Found footage is an amazing way of breaking the fourth wall and making you feel like you are experiencing the same horrors the characters in the film are because you are viewing it from their perspective. What this movie along with very few others does well is it explains why they are filming in this way and it also gives us a valid reason as to why the cameras are always on. This is where a lot of found footage movies don't work very well, as alot of the time people stand there filming their friends getting murdered for no reason which makes no sense to the viewer.

Another reason this movie really resonated with me was because of the areas I lived in as a child were very similar, with the remoteness and creepy local churches with pagan folklore whispered among the kids of the community. 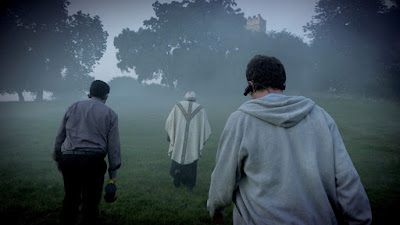 The movie is very well paced and performed and even has some decent humor in there. There are many gems of dialogue and the story is a lot deeper when you watch it a second time round.

The movie makes great use of sound which works very well during the church scenes, the sounds of bells ringing and screaming babies stay with you in a very haunting way. 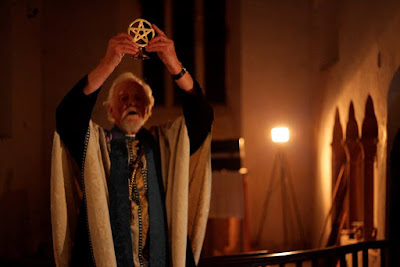 So my final thoughts are that this movie is the best horror film I have seen in a while and I found it truly, haunting, terrifying and very claustrophobic in parts. The movie may not be for everyone and a lot of people didn't like the ending (including myself but not now after a second watch I see what they were going for all along) but I thoroughly enjoyed this and would highly recommend this to anyone for Halloween night. The film really brings it back for British horror and brings us back to the old style setting of the Hammer Horror era, where we have the old church in the cursed village gimmick which is a vibe I really dig. 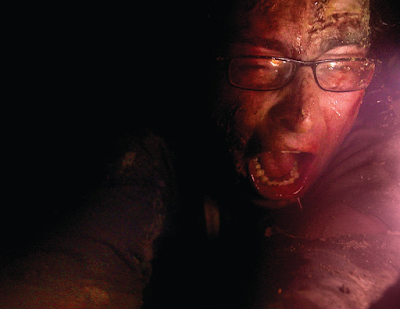